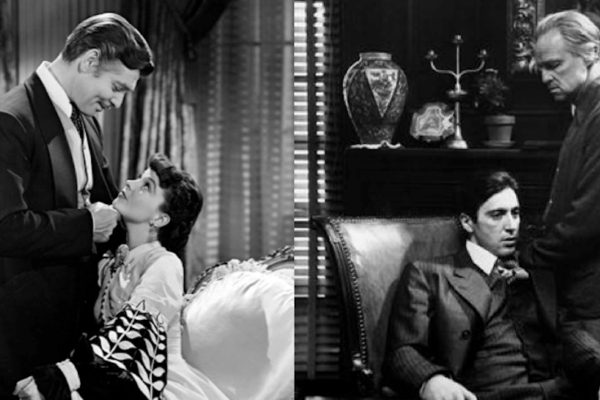 Think of a great movie, like say, Gone With the Wind (one of my faves). A big part of its appeal is the soundtrack. GWTW would be something less minus the gorgeous Max Steiner score. Same for Casablanca. Fast-forward to movies like Pulp Fiction or A Hard Day’s Night – take out the memorable music and it’s a completely different experience.

[amazon template=left aligned image&asin=B00004Y6NP]That’s the premise of an interesting new thing called “The Walk of Life Project.” Peter Salomone has a thesis that any movie – any – is better when you use the classic Dire Straits song as the ending music. He’s posting the final scenes of movies ranging from Charlie Chaplin’s City Lights to Truffaut’s The 400 Blows, The Matrix and more. In those closing moments, the perky chords of “Walk of Life” come in.

It’s weird and it’s fascinating: the song creates a different feeling altogether around the movie. City Lights has one of the most touching, sentimental endings in film; Chaplin added to the schmaltz with his own score. But watching the Little Tramp meet the Flower Girl again, with Mark Knopfler singing along, well, it’s kinda nuts. And Kay confronting Michael at the closing of The Godfather? Good times!

So, movie fans, check out “The Walk of Life Project” here or on YouTube.

Photo Credit: Fair use images of Gone With the Wind and The Godfather

PS. Talk about nutso, there’s a movie that’s been made that won’t be released until 2115!  Read more about it in our post A Movie Worth Waiting 100 Years For? And he may be a little nutty, but Pee-wee is returning for another adventure.  See the trailer in our post Pee-wee Is Back. And Not a Moment Too Soon.