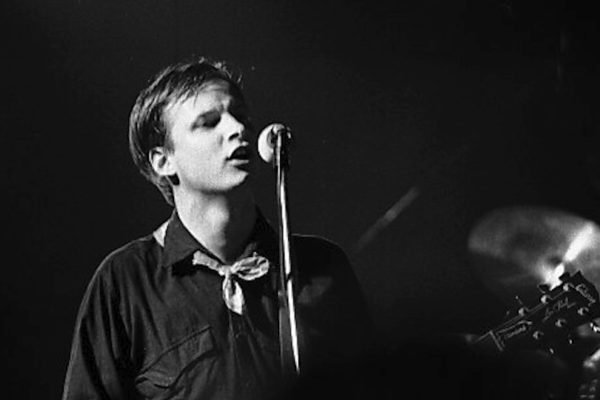 There’s a great moment near the end of XTC: This Is Pop, the excellent new documentary about the legendary English band. Chief songwriter and singer Andy Partridge theorizes that bands which gradually get better and better with time are extremely rare, but he also (immodestly) believes that XTC is “the other band that did that!” What makes this statement so fascinating is not just the assumption that we all know which “other band” he’s referring to, but that he’s actually correct. Whether you’re a fan or not, there’s no denying that XTC expanded the boundaries of what a “rock and roll band” could be: from post-punk to power pop to studio experimentation that defies description, XTC’s rich body of work — spanning nearly two decades — raised the bar for their hard-core fans and fellow musicians alike.

But what makes This Is Pop stand out among most “rock docs” is that the band’s story is so accurately and honestly told by the principal players: Partridge, bassist Colin Moulding, guitarist Dave Gregory, and original drummer Terry Chambers. The only absentee is original keyboardist Barry Andrews, who split after the first two albums following a clash with Partridge over songwriting duties. (He was replaced by Gregory, a.k.a. “the person we should have had in the first place.”) But the film makes it plain that XTC was always Partridge’s band, a vehicle for his singular songwriting style and his unbridled creativity. We learn about how his artistic outlook was shaped by his upbringing in the English suburb of Swindon, as well as his own synesthesia. (Look it up.) From there, the story moves quickly, from the band’s early success riding the wave of UK punk, to Partridge’s now-famous emotional breakdown that ended their touring career but allowed them the freedom to blossom creatively in the recording studio (much like that “other band”).

Along the way, we hear testimonials from luminaries such as Police drummer Stewart Copeland and actor and musician Harry Shearer, as well as producers Hugh Padgham and John Leckie. The band’s history is told with the right balance of reverence and objectivity; any drama in the story is handled respectfully, without any sensational Behind the Music-style hyperboles. The fact is that XTC prided themselves on seeking new creative frontiers with each album, so it’s hard to fault them a little self-aggrandizement. The film also stretches the rock doc format by intercutting the standard interviews, archival photos and videos with artsy film pieces and animation. Far from pretentious, it’s tremendously gratifying because this is exactly what you’d expect from a movie made with the full cooperation of XTC.

If you’re a newcomer to XTC and unfamiliar with classic songs like “Making Plans for Nigel,” “Senses Working Overtime,” and “Love on a Farmboy’s Wages,” this film will undoubtedly whet your appetite for more music by this groundbreaking band. As to the die-hard XTC fans, This Is Pop is essential viewing. Many questions will be answered, many mysteries solved, and you’ll fall in love with their music all over again.

PS. Andy Partridge also wrote a great book about XTC’s songs.  And some other Beatle-esque bands worth hearing.

2 comments on “A Prediction: “This Is Pop” Will Pull in New Fans for XTC”