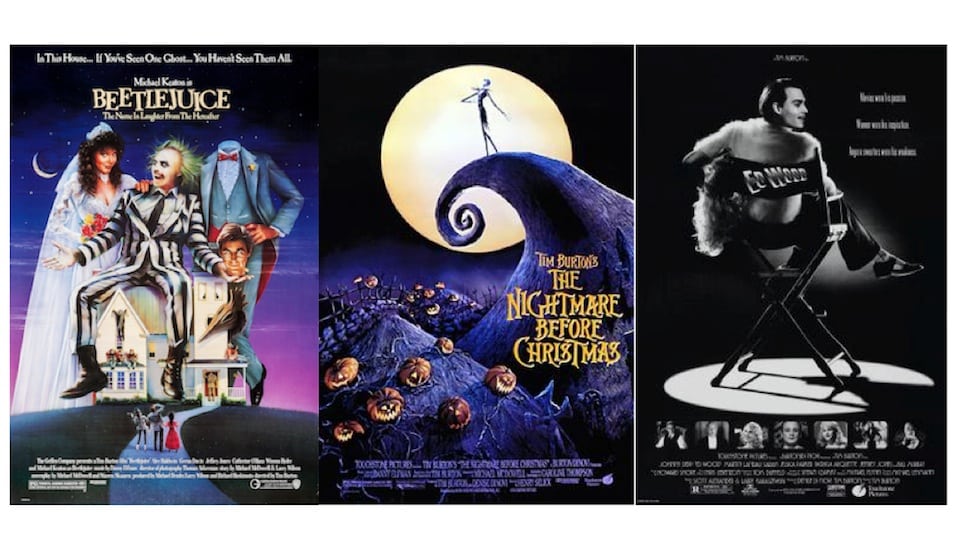 In our minds, we were never just Gen X. We were also “alternative” and “grunge,” “slackers” and the “latchkey generation.” Our gods were Kurt Cobain, River Phoenix, and Johnny Depp, Alicia Silverstone, and Eddie Murphy. By our own definition, we were anything but normal. We strove to be different, iconoclastic, untamed by authority. But unlike the hippies who we despised, we were originals who traded acid for heroin, tie-dye shirts for flannel, Family Ties for The Real World.  And through our reign in the ‘90s, our weirdo outcast aesthetic was articulated by movie auteur Tim Burton. He, more than anyone else, understood us, because he knew that we were a youth that could not conform to the standards of American suburbia. He was, after all, one of us.

Like us (hell, like Burton), many of his protagonists early on were oddballs fighting to find a place amid oppressive normalcy. Edward Scissorhands tried desperately not to be viewed as a freak amid the cookie-cutter enclave into which he was adopted. In a Rolling Stone interview about that movie, Burton described his childhood as, “a kind of surreal, bright depression. I was never interested in what everybody else was interested in. I was very interiorized. I always felt kind of sad.” If that doesn’t sum up the ‘90s, I don’t know what does. The hip outsider was quintessential Burton, and that viewpoint continued to be a dominant trait for the heroes of his next stretch of films.

Consider that bored Jack Skellington, the King of Halloween Town in The Nightmare Before Christmas, whose attempt to take over Christmas ends with disastrous consequences. Consider Lydia Deetz, the tortured teenager in Beetlejuice, who despises her saccharine surroundings and is so out there that she can actually see the ghosts that inhabit her home. Consider Ed Wood, from the film of the same name, who battled with being a transvestite during the 1950s when that sort of thing was beyond rebellious.

What’s fascinating is that even with Batman, which may be his most mainstream film ever, the superhero is striving to protect a city that doesn’t quite seem to get him. On the other end, we have the Joker, the king of the oddballs. And suddenly we started to wonder. Were we the heroes or our own worst enemies? Burton described the central theme of the film to be, “a complete duel of the freaks.” He lauded the Joker because, “there’s a complete freedom to him. Any character who operates on the outside of society and is deemed a freak and an outcast then has the freedom to do what they want.” Within one of the biggest Hollywood successes of Burton’s career, we have the ultimate message for Generation X: Being the outsider isn’t enough.

It only seems natural that right around the time we moved into the new millennium, Burton’s work changed in a big way. It seems we all grew out of our weirdo demeanors, got real jobs, and had kids just like our hippy parents did before us. We became the thing that we were rebelling against. Burton too saw a major shift in his work. He began to make work out of pre-existing franchises that had a certain positive gleam to them such as Charlie and the Chocolate Factory and Alice in Wonderland. I don’t think he sold out, frankly. I think it’s most likely, he just wanted to make movies for his kids. The same kids that will hopefully one day choose to rebel against him just like he did with his own parents. That’s the way this whole cycle works. We all have to mature and move on to subject matter that pertains to our own personal growth.

We get just that in his 2003 film Big Fish about a man who attempts to reconcile with his dying father. Burton felt a strong connection with the source material due to the recent deaths of his own parents. It’s a beautiful film and it just goes to show that sometimes growing up isn’t such a bad thing after all. Tim Burton remains the voice of our generation. So before you start waxing nostalgic for his old stuff, maybe it’s time you just caught up.