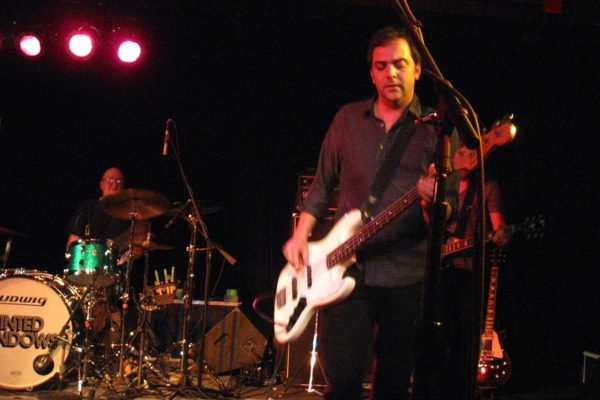 It goes without saying that power pop fans all have their favorite bands: Some favor the Raspberries; others, Big Star; still others, a second-generation group like Jellyfish. Yet one power pop group that seems somewhat unfairly overlooked by many listeners is Tinted Windows. The group began when Adam Schlesinger (the bassist-songwriter for Fountains of Wayne) and Taylor Hanson (the lead singer of Hanson) decided to work on some music together. The two then brought in James Iha (former guitarist for Smashing Pumpkins) followed soon thereafter by Bun E. Carlos (the drummer from Cheap Trick) who agreed to work on the album after hearing some of the songs the initial trio had prepared. The band released a self-titled album in 2009 and what a refreshing blast of old school power pop it is.

The opening track “Kind of A Girl” wouldn’t sound out of place on a vintage album from The Knack, “Nothing To Me” powers along like a Cheap Trick B-side, and “Messing With My Head” is a perfect blend of Hanson’s solid vocals, Iha’s crunchy power chords and Schlesinger’s tasty bass playing. Tying it all together is Carlos’ strong backbeat, even on songs like “Dead Serious” and “Take Me Back” with their hook-filled choruses ear-worming their way in your head. The smooth production by Iha and Schlesinger gives the songs such a shiny pop-rock sheen that enthusiasts for vintage rock, pop and even New Wave will think they’ve dug up a lost classic from the ‘70s or ‘80s.

Despite Hanson’s presence, this disc is devoid of keyboards; instead this rock & roll summit meeting is all about propulsive guitars, thumping bass, and fierce drumming. Which isn’t to say that there’s not a nod to Schlesinger’s Fountains of Wayne. That comes most explicitly via a pop confection titled “Without Love.” As for Hanson, the power ballad “Back With You” resides solidly on his home turf. (For a contrast, check out his gritty vocals on  “Can’t Get a Read on You,” a fast-paced rocker.) All the songs concern those RNR staples: girls, girls, girls. What more could you ask from on a self-proclaimed back-to-basics release? Hey, this unlikely supergroup may end up your new power pop fave.

The album resulted in a brief tour, but the band members have since gone on to other projects, though Hanson did provide vocals on a track for Carlos’ recent solo release, Greetings from Bunezuela!. Adam Schlesinger has hinted in interviews that the group may record together again, though nothing has officially been announced. Tinted Windows was almost criminally ignored by music fans upon its release in 2009. The album is truly worth discovering by power pop aficionados.