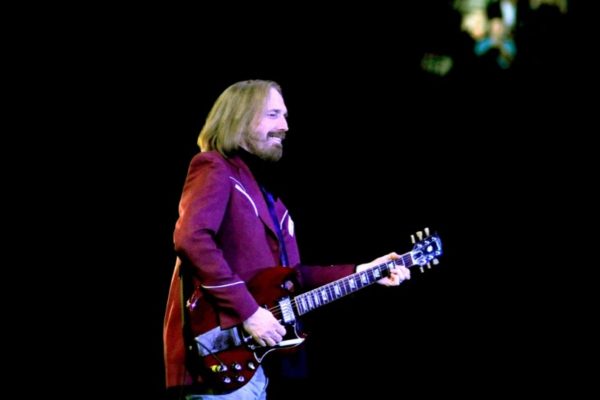 My friend Doug remarked the other day that he’d been blown away lately to discover how many people loved Tom Petty’s music. As music fans have experienced too many times the past couple of years, the passing of any popular figure always sparks an enhanced level of appreciation, but the reaction to Petty’s death still feels exceptional somehow. Though it had been more than two decades since his last hit song, Petty maintained a stature beyond similar figures in “classic rock” who may have had more overt popular success. Very few performers have walked the line between vital artist and icon as skillfully as Petty did in that time.

Trying to quantify or qualify any performer’s appeal is a tricky proposition. There are quite a few who outstrip Tom Petty — with or without The Heartbreakers — in terms of record sales, suggesting that quantifying is probably a dead end. As far as qualifying what made him special, two words come to mind: honesty and decency.

These qualities showed through in hundreds of live shows, but above all they’re in his songwriting. From his 1976 debut, Tom Petty and the Heartbreakers to 2014’s Hypnotic Eye, there isn’t a single album where that sense of heart isn’t readily apparent in the songs. “There’s no one as honest as those in pain,” he sang in “Letting You Go,” a song from 1981’s Hard Promises. It’s arguably the definitive Petty lyric.

As an artist, Petty didn’t come across as particularly tortured, but that didn’t diminish his capacity for empathy. It’s telling that some of his most insightful lyrics come from songs on his 1987 album with The Heartbreakers, Let Me Up (I’ve Had Enough).

“I’m depending on time, babe, to get you out of my mind.” from “Runaway Trains”

“Still I think of her when the sun goes down / It never goes away, but it all works out.” from “It’ll All Work Out”

“I watch that fortune wheel but never get to spin it / You made me promises, I don’t think you meant it.” from “My Life/Your World”

As spontaneous as its predecessor Southern Accents, felt labored, Let Me Up is unadulterated Tom Petty. His lyrics may not be as incisive as Elvis Costello or Bob Dylan (from whom Petty clearly learned a few things working together), but he has a gut-level feel for the human condition that most songwriters would envy. Even his most anthemic songs tend to strike a personal chord. “American Girl,” “Refugee,” “Free Fallin’…” the list goes on, but the common thread is the presence of a telling detail — a place, a time, or a state of mind — that makes them feel as unique as they do universal. While you might not know that particular character, there’s still a sense of connection.

It seems appropriate to give Petty himself the last word. Though written and released before the most recent US election, “Shadow People,” the final song from Hypnotic Eye, speaks to a feeling that many people can relate to. It’s a testament to the fact that his sense of honesty and decency informed his work to the last.