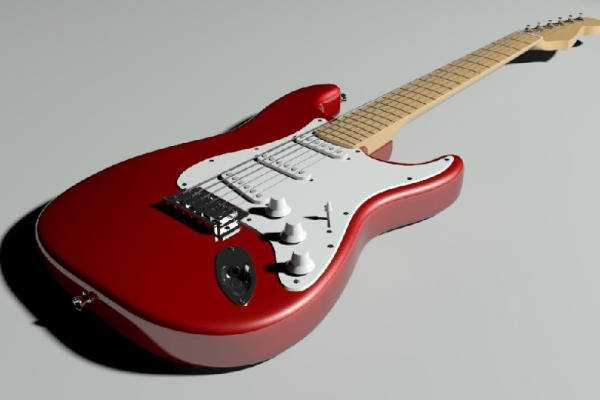 The number one Billboard hits of 1975-79 started with Elton John’s “Lucy in the Sky with Diamonds” and ended with Rupert Holmes’ “Escape (The Pina Colada Song).” In between, American ears were treated to (and occasionally assaulted by) soft rock, funk, countrified rock and disco–oh, and a bit of straight rock ‘n’ roll, too! These genres all featured healthy doses of guitars, often being used in new and exciting ways. Awarding scores of zero to ten in four criteria (Riffage, Rhythm Playing, Fills, and Solos) I have listened to and given “guitar scores” to all of America’s #1 hits, from “Rock Around the Clock” in 1955 through “Escape” at the end of 1979; the late 70s have proven to be pop music’s strongest period for guitar. Let’s look at some of my findings…

As America celebrated its Bicentennial, the guitar was enjoying its strongest year atop the music charts. The 35 #1 songs from that year average a guitar score of 16.3, an all-time high. The strongest is Wild Cherry’s “Play That Funky Music,” scoring 31 out of a possible 40. Other notable hits (and their scores) are “You Should Be Dancing” by the Bee Gees (30); Johnnie Taylor’s “Disco Lady” (28); and “50 Ways to Leave Your Lover” by Paul Simon (24). There were eight additional songs scoring 20 or better, and only five that scored less than 10; 1976 was simply a solid guitar year, top to bottom.

Prior to 1970, there were only two instances where four consecutive #1 hits averaged a guitar score of 20 or more (as it happens, they both averaged exactly 20):

From 1975-79, these four-song clusters occurred an amazing 23 times! They are too numerous to list here, but two of the strongest are:

So how to explain the guitar’s strength in the late 70s? The following graphs will help.

First, a slight regression: the amount of #1 songs with guitar riffs actually decreased.

Ah, but look below at the increase in the percentage of songs featuring guitar fills. The sheer quantity of fills contributed to overall higher scores. Quality-wise, three songs score a perfect 10 for fills: 1975’s “Shining Star” by Earth, Wind & Fire; and 1977’s “Hotel California” by the Eagles and “Dreams” by Fleetwood Mac.

The other increase is qualitative, and it’s in rhythm playing.

As the above chart shows, rhythm playing has steadily increased in quality since 1955, with its apex so far occurring in 1978. (Can you say Bee Gees? Can you say Nile Rodgers of Chic?) Perfect 10s in rhythm playing go to an impressive list of 12 songs. (If you think the Tony Orlando song is a misprint, I urge you to don your headphones and give it a listen!)

[Michael is the author of the ebook series “Number One with an AXE!”]