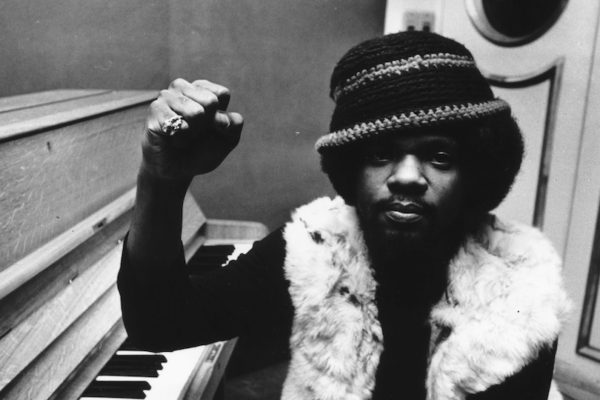 The late Billy Preston was a profoundly gifted musician, revered by his fellow musicians but still deserving of a wider fan-base today. He sang with Ray Charles and Nat “King” Cole as a young boy, was a prized session musician for The Rolling Stones, Sam Cooke, Little Richard, and The Monkees, and enjoyed a lengthy solo career as an R&B vocalist. He’s even credited for keyboards on The Beatles’ unforgettable album Let It Be. Need we say more? Yes, indeed we do. And with that in mind, here are Billy Preston’s top ten tracks which we strongly recommend you listen to, take into your soul, and enjoy.

10. “Everything’s All Right”
An elegant upbeat track infused with Billy’s gospel glow, this tune appears on his 1969 album That’s the Way God Planned It. While not a huge radio hit, the song nevertheless shows off his angelic vocal range and has some seriously great back-up singers. When he sings “My whole life has changed, since I’ve been made free, I don’t have to fret no more ’cause…everything’s all right,” you will find it difficult to disagree.

9. “Struttin'”
From his 1974 album The Kids and Me, these two and a half minutes of pure funky instrumentation and killer vibrato, intriguing musical textures and pure happiness will get your fingers snapping and your walking pace intensified. No lyrics but who needs them? This is more mood-enhancer than mere background music.
[amazon template=right aligned image&asin=B001NZIMAG]

8. “Get Back”
This nicely-executed rendition of The Beatles single turns up in the 1978 movie Sgt. Pepper’s Lonely Hearts Club Band. It holds up as a fine cover but is all the more compelling because the center keyboard riff sounds an awful lot like that of the 1970 original Beatles track. Reason? Preston did that one too. As the Fab Four knew themselves, Billy does this one proud. His maestro instrumentation and tighter, lower-key delivery make for a worthy track.

7. “You Are So Beautiful to Me”
Joe Cocker’s achingly effective cover may be better known but Billy sang it first (and wrote it with music partner Bruce Fisher and The Beach Boys’ Dennis Wilson — although the latter is uncredited). Preston’s original definitely has a bit more church in it, with its over-the-top musical swoops and exalted lyrical asides that are in keeping with Preston’s viewpoint of it being more spiritual than earthly.

6. “Isn’t It a Pity”
George Harrison’s lyrics poignantly reference the The Beatles’ break-up, and Preston’s gorgeous late-in-life version, performed at a tribute concert for Harrison in 2002, features back-up by Eric Clapton, Harrison’s son Dhani and ELO’s Jeff Lynne. This ego-free collaboration with gentlemen who have seen their share of tragedy turning up to bring us this exquisite gift is goosebump-inducing. A tearjerker for sure, this performance makes clear that spiritual relief is available to us all.

5. “I Wrote a Simple Song”
A soaring, compelling track from a 1971 album of the same name, this one only climbed as high as number 77 on Billboard’s Pop Chart. Still, the hypnotic opening combined with the gradual key and tempo changes make for something mysteriously beautiful. We will probably never know if Preston was alluding to his Beatles experience, troubles with music management or something else entirely, but it works on every level, metaphorically or otherwise.

4. “That’s the Way God Planned It”
As Preston aptly puts it, “How man be so greedy / where’s there’s so much left?” A song that speaks of perseverance, gratitude and faith, this spirited wonder peaked at number eleven on the UK Singles Chart and was the title track for his 1969 LP. Preston, with his deeply religious background, often spread messages of love, hope and spiritual connection. He brought it to the masses via his glorious performance with Eric Clapton and George Harrison at Harrison’s 1971 Concert for Bangladesh, an early benefit concert loaded with altruism and musical legends.

3. “Outa-Space”
Talk about an earworm! This 1971 track makes innovative use of a clavinet through a wah-wah pedal and the resultant groove is visceral and vibey. Named for the “spacey” sound it indeed yields, this great track made it up to number two on the R&B Singles chart. Anyone hearing it just once may not recall the name, but the driving rhythms and “wah-wahs” will remain in their cells for all time.

2. “Will it Go ‘Round in Circles”
Written by Preston and Fisher, this terrific tune is one of Preston’s two number one hits. It has a funkified flavor, unique teasing lyrics (“I got a story ain’t got no moral…let the bad guy win every once in awhile”) and a kind of playful cynicism. Describing a weirdly inviting upside-own world, it is witty, thought-provoking and magnetic.

1. “Nothing From Nothing”
According to legend, Preston wrote this in only 20 minutes at an Atlanta club. He giddily told Soul Train‘s Don Cornelius that the phrase “nothing from nothing leaves nothing” frankly “just makes a whole lotta sense.” Likely Preston’s best-remembered, most-beloved song, this ditty hit the top of the charts for one week and remained in the vicinity for much longer. From its fabulous horn section, Preston’s astonishing piano chops, crazy chord arrangements and air of sheer joy, “Nothing From Nothing” marks the pinnacle of Preston’s career.

PS. Billy Preston was hardly the first or last to cover The Beatles. For some really inspiring renditions of some of their songs, check out this CultureSonar post on 10 Beatles Covers.