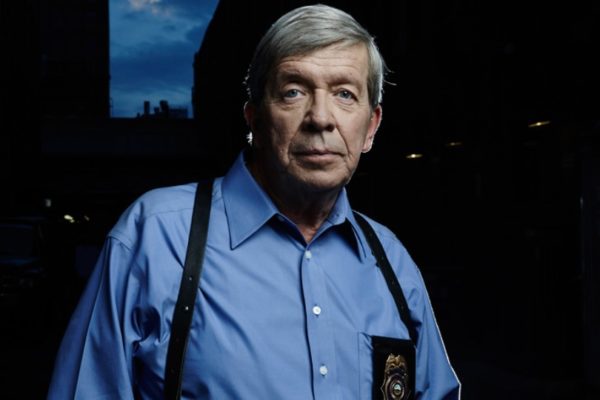 Untimely tragic deaths have long held a fascination for us all and TV has received the memo. As a result, the lineup of shows focused on true-crime murder-mystery can truly look endless. Some go awry, with embarrassing re-enactments; others stumble with sensationalistic voice-overs accompanied by “real life” photos at the finale that can only hint at the larger crime. The best shows, however, sensitively interview insiders and law enforcement officials so that we come away with a melancholy-heightened insight and respect for the heroism required to solve a murder of any degree. If you’ve put down your Anne Rule or Joe McGinniss paperback and just want to watch the grisly details one night, here’s what we recommend.

1. 48 Hours
Helmed by long-time TV reporter Maureen Maher, this well-edited and highly researched show generally opens with Maher, donning a leather jacket in a stylized warehouse from which she lays out the details of a murder case. That case is then fleshed out by other top correspondents (if not Maher herself) who grill the principals involved, often including the perpetrator.  In lieu of re-enactments, the series favors personal photographs and videos, location shots and crime scenes. (Who wants to see actual time-stamped police footage and hear the anguished 911 calls, really?) A worthwhile hour of fact-finding, 48 Hours continues to air on CBS as well as OWN, ID and TLC. Hot tip: Seek out episodes featuring reporter Richard Schlesinger. He’s excellent!

2. Dateline
Reporter Keith Morrison has been respected in the biz for decades and has been the host and lead on-air interviewer every Sunday on Dateline since 2008. His style may be fascinatingly quirky but many true-crime fans insist that Morrison “sounds like Sunday night.” More than other seasoned hosts, Morrison has a somewhat looser approach to storytelling and because of that he periodically comes across unexpected answers and revelations. (His squirmy, astute queries to the family of a woman believed to have been killed by her deeply religious Mormon husband in “Fatal Visions” were unforgettable!) His narration is poetic; his emotional grounding, palpable. Hot tip: Episodes sometimes last two hours so you’re going to have to commit some time to this one.

3. Snapped
This docu-style exploration of women who — for varying reasons — “snap” and kill a loved one, skirts tabloid excess but the program’s still worth watching, largely because of unseen narrator Sharon Martin’s uniquely parsed and intense delivery. On Oxygen since 2004, the pulp-y series chronicles truly disturbing, even appalling events as well as the entire lives of the female killers. Death by hired hit man, silenced gunshot or ethylene glycol poisoning? They’ve got it. Mute, soft-focus re-enactments keep the show visually engaging as do witnesses and loved ones who talk directly to the camera. Hot tip: Pay close attention and you’ll notice that every episode includes someone saying that the defendant “snapped.”

4. On the Case with Paula Zahn
Veteran broadcast journalist Paula Zahn has been flying solo with her empathetic coverage of murder-mystery tragedies on the Investigation Discovery Channel since 2009. More than competent, even courageous, this correspondent handles all aspects of the story: host, narrator and interviewer…even when that means traveling all over the country to interview principals and walk through the calamity-riddled locations. Her interactions with people are warm and insightful and she gives time for friends, family, and the police to give a fuller portrait of the person lost to tragedy. Silent re-enactments, crime-scene photos, and archival footage are more often than not accompanied by a shot of a vehicle pulling away with the standard faux driver’s license “2GAT123.” Consider this the On the Case signature. Hot tip: You may recognize Zahn from her stint on CBS This Morning. To see another daytime host turned true-crime reporter, check out Tamron Hall in Deadline: Crime.

5. Homicide Hunter
Since 2011, retired Lt. Joe Kenda has been giving his hard-hitting accounts of the 387 homicide cases he solved during his acclaimed tenure in Colorado Springs, from his rookie resolution to a multiple-victim shooting on his very first case to his tireless work in collecting remote clues that brought a serial rapist’s rampage to a halt. He is a raconteur of the highest order as well as a superb detective who stopped at nothing to solve a murder. In episode after episode, we get a real sense of urgency from his first-person accounts in which he talks to the viewer and often brings in his patented phrase, “Well, my my my…” Unlike many another true-crime series, Homicide Hunter’s flashback re-enactments are handled by fine actors and shot with clever point-of-view angles. Carl Marino, the one-time cop turned actor who plays Kenda in these scenes, is impossibly handsome and has thereby earned a cult following all his own. Hot tip: Although Investigation Discovery specializes in true-crime series, the channel has also hosted a trio of serial killer miniseries on Ted Bundy, Stephen Morin, and Herbert Mullin.