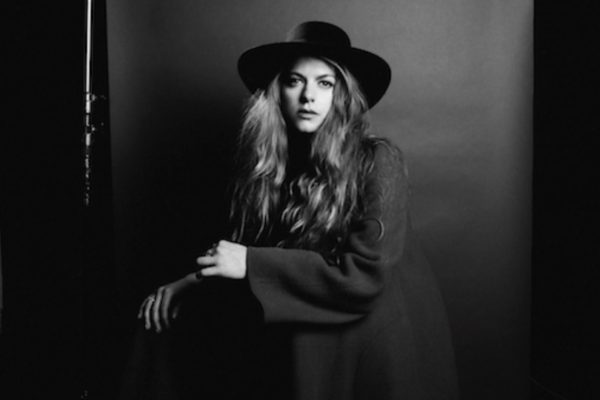 Somewhere on the sonic highway between the Carole King and Rickie Lee Jones exits, a two lane blacktop leads to a recording studio on the fringes of new Music City populated by 10,000 Maniacs perhaps. In this room, music is steeped in history but hopscotches over milestones in the act of hipster self-knowing. It is Van Lear Rose without Coal Miner’s Daughter, Ladies of the Canyon absent Boys in the Trees. Not a bad place, really, and arguably about the only place a contemporary artist can go to if they want to discover and claim their own voice when the algorithms of likes and downloads often devalue – maybe a better word would be jumble – the individual contribution and the idiosyncratic talent.

That seems to be the singer that Jo Harman is. For sure, it’s just exactly the record that People We Become is. With this album Harman, a British singer-songwriter who by any other name would be groomed into Adele’s heavy airplay shadow, inhabits her territory with an honesty that, as truth so often does, betrays the teller. For while this is interesting music, well worth anyone’s time who likes simple, solid production supporting a clean, clear voice, it is definitely a transitional work as well, indicating what might lie ahead as well as what has fallen behind. People We Become is, in short, a stop along a journey. And there’s no need for it be anything else for what it is, actually, is very good.

Harman’s influences read, and more importantly sound, like the fertile ground they are for exploring invigorating ways to record what are, at their heart, simple story songs. People We Become is clearly influenced by American gospel, new country, and classic pop. Harman aims her pipes at no less a target than Joss Stone but her true strength is in the lyrics. In this arena she shares the craft of Paul Simon, the spirit of Aimee Mann, the indomitability of Natalie Merchant. That last reference is particularly important because, while all of press materials decry Harman’s allude to her originality and her refusal to be boxed into a genre, People We Become nevertheless has a distinctly 1990s sense of introspection. The best moments on the album recall Julia Fordham in their delicacy, Sarah McLachlan in their poetics, and Sleater-Kinney in their fire.

It’s important that Harman’s songs, so clearly proceeding from talent and so clearly aiming at distinctiveness, distinguish themselves through the evidence of their influences. People We Become is very much a sophomore record of someone we’ll likely hear more from as her lovely voice and sly lyrics reside in the grooves with the compelling boot stomp of a Sunday night music club. And it is music that points towards how good the next record will probably be. People We Become is, in fact, about a person becoming. That is a legitimate artistic place to reside, and this record, and singer-songwriter Jo Harman, fill the space with as much promise as fulfillment. Now hurry up and give us more!