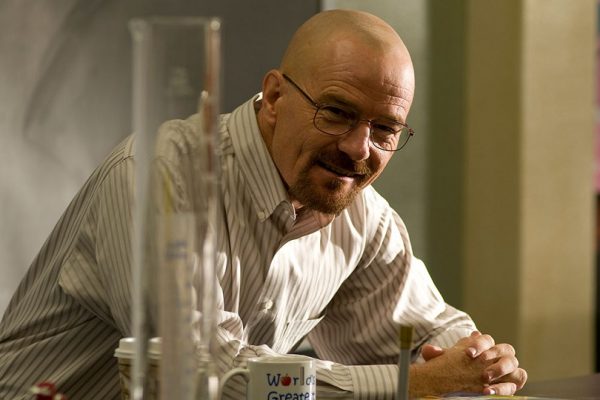 Of all the celebrity obsessions we civilians indulge, TV stars seem the most accessible. Off the confines of the silver screen, viewed from the comfort of our homes, binge-watched or viewed on a weekly basis, these stars become our quasi-friends. Intrigue takes hold eventually and suddenly we need to learn more about who they are. So when they pen their autobiographies (literally them telling us all about themselves, one-to-one so to speak), we have another welcome window into their lives. Here are some hearty recommendations for savory TV bios from the last 20 years – from Bryan Cranston to Garry Marshall.

1. Bryan Cranston, A Life in Parts (2016)
He earned cult status in perpetuity for his searing portrayal of teacher-turned-meth-peddler Walter White in AMC’s Breaking Bad, although we thought we kind of knew him via his turn as a goofy dad in Malcolm in the Middle. Here, Cranston gives a broad sweep of his life through short chapters about his troubled childhood, earliest jobs, professional passions and family devotion. He is robustly conversational, funny and voluble. Best of all, he reveals the mystery behind his consistent onscreen wearing of tighty-whitey underpants.

2. Dick Van Dyke, Keep Moving (2015)
This 90-year-old song and dance man is the working definition of a national treasure. While his 2011 book, My Lucky Life In And Out Of Show Business is a more conventional autobiography, this uplifting book spells out the ups and downs of growing older in a witty fashion. His courtship of his beautiful wife Arlene (46 years his junior) is covered in heartwarming detail. He’s a funny gent with old-school values, a kind liberal heart and a willingness to live in the now.

3. Mackenzie Phillips, High On Arrival (2009)
Star of the ‘70s hit sitcom One Day at a Time, and daughter of John Phillips, legendary frontman of The Mamas & the Papas, Phillips has a worthy resume on TV and film, but is best known for her descent into addiction, her lengthy recovery and a public relapse. The most stunning revelation? Her alleged incestuous relationship with her father! Sincerity flows throughout her narrative, a willingness to own her mistakes and take us through her own hellish odyssey towards redemption.

4. Diahann Carroll, The Legs are the Last to Go (2008)
Diahann Carroll’s best known for her groundbreaking, award-winning TV turn as the star of Julia in the 1960’s and, as she puts it, “the rich black bitch” Dominique Deveraux in Dynasty. In her breezy, juicy life story, she radiates more glam and elegance than most of us can ever hope to but she’s also not afraid to tell it straight about her messy relationships with husbands, parents and Sidney Poitier. Particularly moving are her accounts of being a self-absorbed and misguided mom to her only daughter. Her sheer candor is the jewel in this light literary crown.

5. Peter Falk, Just One More Thing (2006)
Best known and loved as the uber-quirky detective Columbo on that show that ran on and off, amazingly, from 1968 through 2003, Falk was also an accomplished film star. But this book (written a poignant couple of years before Alzheimer’s Disease claimed his genius and ultimately his life) is a collection of charismatic essays that span from his earliest years as a civil servant to his days as an actor to some final reminiscences and opinions. He talks about his wife, his personal brand of flakiness, his artwork and his unsettling habit of pranking people with his glass eye with equal brilliance and idiosyncrasy.

6. Bob Newhart, I Shouldn’t Even Be Doing This! (2006)
Despite the title, the surprising punchline to a risqué joke, Bob Newhart maintains the genteel, stammery humor that’s been his hallmark for almost 60 years. Peppered with autobiography, this collection of smart, layered essays requires some concentration but will leave you laughing and pondering. He also provides reams of his monologues – with and without his trademark phone prop – and they are gold. His droll vibe throughout is likely to please to fans old and new.

7. Garry Marshall, Wake Me When It’s Funny (1997)
With the recent passing of Marshall, the time has come for us all to return to this stellar book – a delicious mix of his early TV comedy writing days and a half century of TV/movie anecdotes. Whether he’s recounting his hilarious family history or giving great insider advice for breaking into show biz, Marshall comes off as a man of enormous decency and humor, devotedly married, a proud dad and a “camp counselor” on the set. Full of silliness, sentiment and side-splitting stories, this is a book that invites repeat readings.

0 comments on “For 20 Years Now, When TV Stars Tell All, We Listen”