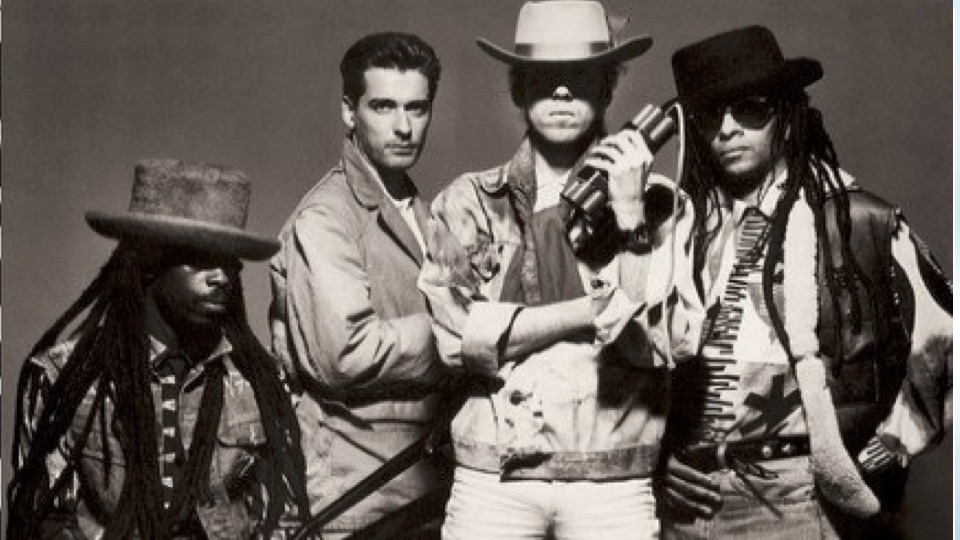 The Clash was one of my favorite bands in high school and college ( London Calling remains my all-time favorite album), so I took it pretty hard when Joe Strummer and Mick Jones decided to go their separate ways.  But I was pleasantly surprised when Jones’ new project, Big Audio Dynamite, came out of the gate with a wholly unexpected blast of fresh-sounding music (in contrast to Strummer, whose final album under the Clash moniker, Cut the Crap, was mostly an unmitigated disaster).  Far from a weak afterthought, I’d gladly posit This Is B.A.D. as on par with Sandinista and Combat Rock.

The B.A.D. debut retained the poppier flourishes Jones had brought to the Clash, infusing it with electronic dance music.  And while Strummer got to keep the name, Jones took with him the Clash’s videographer Don Letts, clearly getting the better deal. Letts filled the songs with samples (and has a co-writing credit with Jones on most tracks), making it one of the first albums by a white post-punk act to incorporate hip-hop musical stylings.

The stand-out track is “The Bottom Line,” a relentlessly infectious tune that highlights the amusing integration of Jones’ organic guitar-rock sensibilities and casual vocals with electronic beats and found-sound samples.

While the debut gets most of the attention (not to mention an excellent deluxe edition reissue), I find the next couple BAD albums nearly as entertaining, if not moreso, as Jones brings increasing melodicism to the songs, the hooks a bit less overshadowed by Letts’ high-tech playfulness.  Certainly, the second album, No. 10 Upping Street, which saw a brief Jones/Strummer reconciliation as Strummer co-wrote a few tracks and produced (while clearly remaining a Jones/Letts-fronted project), deserves a similar reissue treatment.

Photo: Image from the cover of This Is Big Audio Dynamite