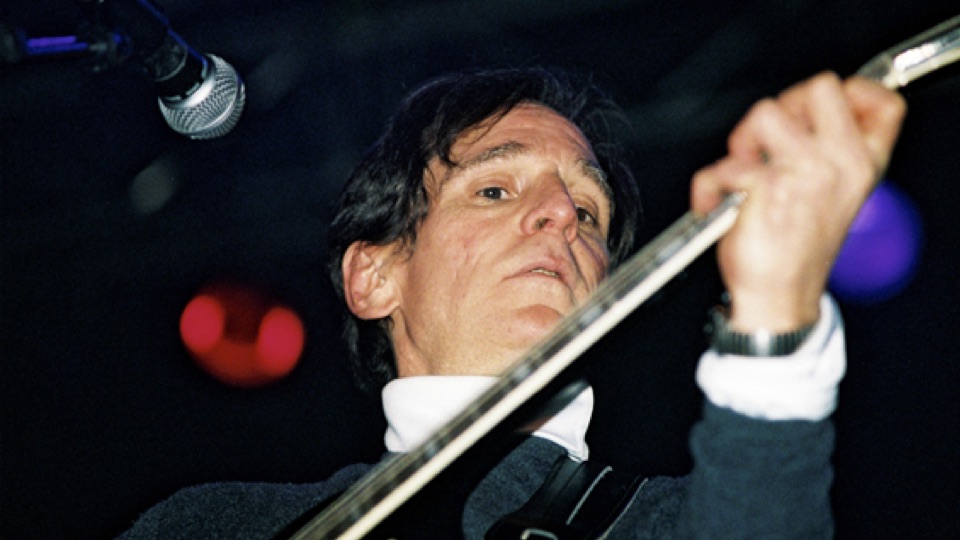 “I never travel far, without a little ‘Big Star.’” –The Replacements, “Alex Chilton.”

Alex Chilton’s distinctive voice left a deep mark on pop music. From the moment it was heard on The Box Tops’ “The Letter” to his later influential group, Big Star, Chilton helped shape power-pop. Sadly, his life and career were anything but written in the stars. The book, A Man Called Destruction: The Life and Music of Alex Chilton, From Box Tops to Big Star to Backdoor Man, examines his complicated journey.

The Box Tops provided Chilton’s start. Then, he took a new direction with Big Star. Unfortunately, due to a distribution snafu by their label, Stax, Big Star sold less than 10,000 copies upon their debut. Despite that hitch, Big Star’s praises have been sung by rock royalty ranging from the Replacements, R.E.M. guitarist Peter Buck (“Big Star is a Rosetta Stone for a whole generation”) and Kiss’ Paul Stanley (“Kiss has always been about verses, choruses, and bridges. It’s called a hook for a reason…Give me the Raspberries. Give me Small Faces. Give me Big Star.”).

Related: “MTV: When Video Killed the Radio Star…and Created Others”

But even though Big Star’s music became a power-pop template for future rockers, the band’s story wound up as a cautionary tale on how not to live long and prosper.

Their musical journey began with Memphis-born Chilton, who at sixteen found himself the lead singer of the Box Tops. They immediately had a smash hit called “The Letter,” the shortest (1:58) Number One hit in history. However, a series of long and low-paying tours, including a few with The Beach Boys, soured Alex on the industry — but provided him with one seriously spooky story. While crashing at Dennis Wilson’s house, he recalled that “the whole Manson family moved in.” Alex awoke one morning to see sleeping next to him none other than Charles Manson. Years later, a friend suggested that if Alex should ever write a memoir, he should call it, I Slept with Charles Manson.

Similar to The Monkees, Alex chafed against the Box Top producers who would hire studio musicians to play and record for the band, rather than letting the group play their own instruments and write their own songs. He moved on.

Related: “‘Headquarters’: When The Monkees Fought Back”

Alex became a crack guitarist and went from singing in his raspy Box Top’s growl to a smooth and silky voice tailor-made for the three to four-minute pop pearls that became the Big Star oeuvre. But after their ironically-named first record, #1, failed to soar up the charts, the band collapsed thanks to the combination of too little money and too many drugs and drink. Alex and his songwriting partner, Chris Bell, went their separate ways. Bell lost interest in making music stating, “Rock ‘n’ roll kind of went dead for me.” He wound up the manager of a fast-food restaurant owned by his family and met his death after his speeding Triumph TR met a light pole.

As for Chilton, his own indifference to fame and the music industry led to a life of low-paying producing jobs (including The Cramps) and concert gigs. Not only did his records fail to make a dent in the charts, he barely made enough money (as a dishwasher, cab driver, and tree trimmer) to pay for permanent housing. He lived on friends’ couches, in a tent and back in his parents’ house at the age of 28 (Alex: “I have three records out and my mother still has to buy me shirts!”). His son from a failed marriage fared even worse; spending time in an Oklahoma prison on an assault and battery charge.

Monetary fortune finally smiled on Alex thanks to the generosity of The Bangles who covered Big Star’s “September Gurls” on their platinum-selling Different Light album. When they heard Chilton didn’t receive any songwriting royalties for the song, they sent him a personal check for $18,000.

He also reaped songwriting royalties from Fox’s That 70’s Show that used his “In the Street” tune as the show’s theme song.

In true Behind the Music fashion, just as Alex was settling down in a cozy home in New Orleans with his loving wife of one year and after discovering a daughter from a one-night stand during his Box Top days, a heart attack in 2010 silenced him at age 59.

Alex Chilton’s life is ripe for a Hollywood music-bio treatment. All it’ll take is a mega-star singer or a car/beer/soft drink commercial to finally give Alex and Big Star the fame they richly deserve.