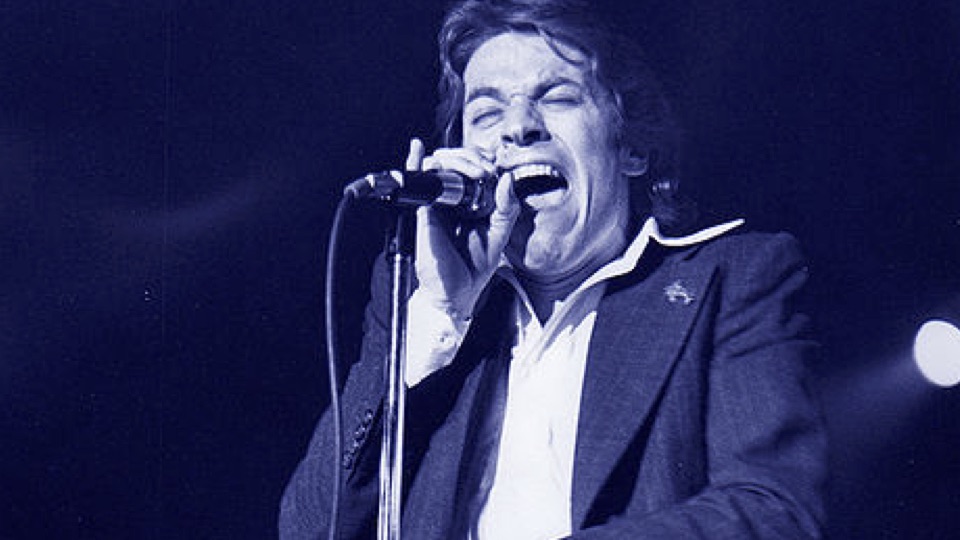 Once again the CS hive mind has spoken, and we listened!  In this installment of our Underrated series, we’re discussing some of our favorite singers who don’t get enough appreciation. And since a decade-old “greatest singers of all time” list from a certain other publication recently resurfaced online, there was maybe a little more riding on this one. But here’s the difference: whereas that other list was “voted on by a panel of experts” (ugh), our choices emerged from an informal social media poll of you, our dear readers. Over a half dozen legendary voices received the most “likes,” and the challenge was in following my CS editor’s mandate of choosing three; in truth two of these voices happen to top my own personal “favorites” list, which raises a crucial point: this is not, repeat NOT a definitive list by any means. All of us at CS are fans like you, and not “tastemakers” handing down a list from on high. If you don’t see your own favorite singers here, it’s not the end of the world. Your favorites will always be your favorites, and nobody can take them away from you.

Related: “Background Singers Who Made It Into the Spotlight”

This sophisticated UK vocalist was ubiquitous in the mid-80s, partly due to the iconic music video for “Addicted To Love,” the second single from his 1985 Riptide LP. But Robert Palmer’s fine discography spans nearly three decades, showcasing not only his distinctive voice but a reverential devotion to an authentic blend of soul, R&B, reggae, and rock and roll. He strove to immerse himself in stimulating musical environments, living for a time in the Bahamas (near the legendary Compass Point Studios in Nassau) and collaborating with an eclectic pack of musicians including The Meters, members of Little Feat, synth-pop icon Gary Numan, and Duran Duran’s John and Andy Taylor (for 1985’s eponymous Power Station, the only band hip enough to cover both T. Rex AND The Isley Brothers). He continued to follow his own artistic thread well beyond his “Addicted” heyday, releasing a series of well-crafted LPs until his untimely death from a heart attack in Paris at age 54. (Quit smoking now, kids.)

Related: “Solid State: The Story of Abbey Road and the End of the Beatles”

The Alberta, Canada native initially deployed her powerful, crystal-clear vocal instrument atop her own unique brand of country-pop for which the title of her third LP, 1989’s Absolute Torch And Twang, might have been an apt label. But her 1992 hit “Constant Craving” won the Grammy for Best Female Pop Vocal Performance, putting kd lang on the map as a creative force to be reckoned with. A visionary recording artist and songwriter (LPs such as 2004’s Hymns of the 49th Parallel and 2008’s Watershed are almost cinematic in their scope), onstage the lady also sings her damn ass off. I’ve seen her live three times, and at every show, her jaw-dropping performance of Roy Orbison’s “Crying” brought me to tears and stopped the show cold with a lengthy standing ovation. (Only one other singer has made me cry more than once, and we’ll get to her in a minute.)

ESSENTIAL LISTENING: Ingénue (1992), an exquisite, 41-minute song cycle that is best experienced through headphones from start to finish in one sitting. Lang’s honey-sweet voice relays ten achingly beautiful songs about love and yearning, while co-producers Ben Mink and Greg Penny surround her with rich, organic soundscapes full of pedal steel guitars, sweeping strings, and golden vocal harmonies. Extra credit for checking out last year’s Ingénue Redux: Live from The Majestic Theatre DVD, a 25th-anniversary live rendering of the full album that proves just how gracefully these songs (and lang’s own vocal prowess) have aged.

In a perfect world, Phoebe Snow would be a household name, and her rich, four-octave voice would cover the top 5 spots in every “greatest singers of all time” list. Born Phoebe Laub and raised in Teaneck, New Jersey, she emerged from the fertile Greenwich Village singer-songwriter scene of the early 70s with her moody 1975 hit “Poetry Man.” Critical acclaim and fruitful associations with the likes of Paul Simon and Jackson Browne followed; but riding her initial wave of success while simultaneously caring for her baby daughter Valerie, who was born with severe brain damage, proved unsustainable. She continued to tour and record sporadically, sang on jingle sessions, and maintained the respect and reverence of her peers and a devoted fan base until her death in 2011. Phoebe Snow’s voice is a supernatural gift, capable of conjuring rapturous joy, deep sorrow, and every emotion in between. On two separate occasions she reduced me to a blubbering heap: once with a soulful rendition of “Across The Universe” at the now-defunct NYC venue Tramps, and again years later when she closed an Irving Plaza show with a divine “Never Never Land.”

ESSENTIAL LISTENING: Second Childhood (1976), her second solo LP, produced by Phil Ramone. One of Snow’s finest moments as a songwriter; her deep, soulful narratives are brought to life by her own evocative contralto and stellar backing from “New York’s finest” including bassists Gordon Edwards and Will Lee, keyboardist Richard Tee, drummer Steve Gadd and percussionist Ralph MacDonald. It’s the aural equivalent of an autumn sunset over the NYC skyline.