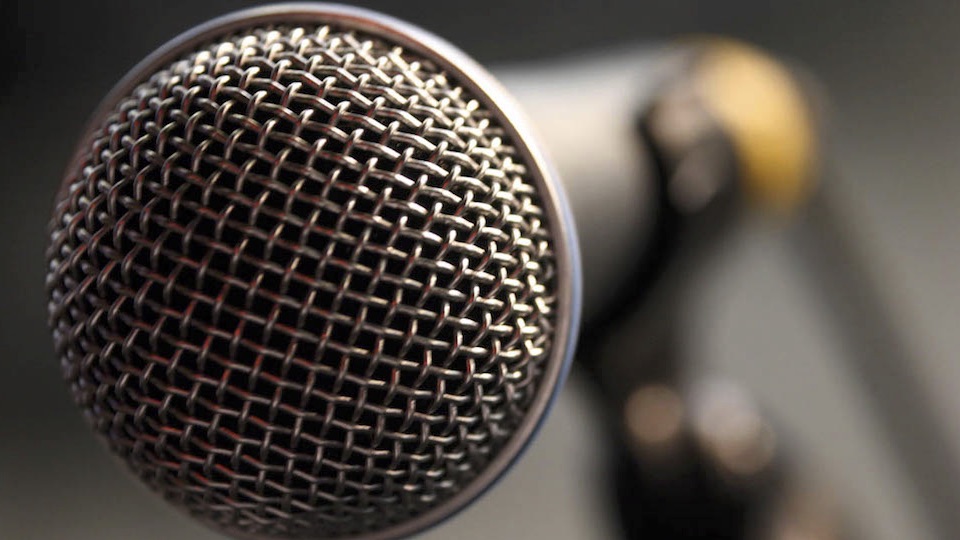 ‘Tis the season of synthetic pumpkin spice flavoring and all its residual effects. In the spirit of post-Halloween, sample a new-ish twist in music podcasts: the pairing of contemporary tunes with some true-crime flavor.  The following are three examples of successful music/real-life monster mash-ups. Which is best? The winner will depend on one’s personal tastes in melodies and felonies.  Here we offer 3 great music podcasts.

Related: “Why Is Billie Eilish Such A Big Deal?”

With a debut on August 15 and new episodes continuing to drop weekly, this non-fiction iHeartRadio original is an addictive listening experience. What really happened when a narcissistic, has-been, put-upon Motown exec, a former street preacher, and a contract-killer handbook crossed paths in the early 1990s? Hint: It was not a dance break, but psychological and anatomical breakage ensued. Family ties broke, as well.

Sadly, there are no actual Motown classics heard thus far in the series; seven episodes are available for consumption with nary a “Please Mr. Postman” or “I’ll Be There” rendition to be found. However, the passionate storytelling of journalist/host Jasmyn Belcher Morris is singularly compelling, R&B tracks or not. With interview sound bites from murder victims’ families, lawyers, and others in the know, Morris’s narration emphasizes her personal stake in the investigation. Serialized installments surface once per week, and it seems that there are at least a few more to come.

If post Hitman, a listener is keen to continue a Motown motif, then he or she might consider Disgraceland. Specifically, one could follow a Hit Man binge with the related Disgraceland episode, Motown Records: Pimps, Prostitutes, the Detroit Mafia, and the Sound of Teenage America.

As in Hit Man, the aforementioned Disgraceland episode is devoid of Motown hit singles, and for that matter, any other licensed catalog fare. However, throughout this anthology series, Disgraceland’s creator/host – the self-deprecating, retro-sound-loving, mellotron-playing Jake Brennan – spins wonderful tales from rock-and-roll’s seedy underbelly. Particularly memorable, life-questioning episodes include Sam Cooke: An Insatiable Libido and a Justifiable Homicide; The Rolling Stones: Sleeping with the First Lady and Trafficking Heroin; and Motley Crue: Sex, Drugs and Holy Sh*t, How Are These Dudes Still Alive? There are no audio cutaways in Disgraceland, but audio auteur Brennan does include plenty of his original, mellotron-heavy underscoring. Besides being a music aficionado, Brennan is a wordsmith, and his scripts embody his aesthetic. He describes his oeuvre on the Disgraceland website thus:

Disgraceland is a bi-weekly, adult storytelling podcast. Not ‘sit around the campfire’ storytelling. More like ‘slightly buzzed guy at the end of the bar whose [sic] seen some shit’ storytelling . . . It began in a basement and graduated to a former massage parlor of ill repute, where it remains, fittingly . . . Real rock stars are more like feral, narcissistic animals than functioning members of society. That’s what makes them so damn entertaining . . . Rocka Rolla.

Launched in late 2017, Disgraceland drops new episodes regularly. Creator Jake Brennan also is the author of the companion non-fiction tome and has embarked on the domestic Disgraceland book tour. Look and listen for him in a town near you.

If ‘sit around the campfire’ scary storytelling seems more palatable, then consider sampling Cocaine and Rhinestones. Tyler Mahan Coe is the earnest, emceeing brainiac behind this brutally frank audio history of American, 20th-century Country music. Launched in 2017, one complete season of 15 episodes is available on most podcast streaming outlets and by e-mail subscription via www.cocaineandrhinestones.com. Coe has pledged a Season 2, but the launch date remains under wraps.

Coe is a bit of a country music historian; check the aforementioned website for copious ‘liner notes’ on each episode. These include an episode-specific blog with extensive source citations. His approach to the musical wild west is simultaneously academic and fun. Standout exposés include a three-parter on country anthem Harper Valley PTA, a standalone horror story for The Murder Ballad of Spade Cooley, and a tell-all tale The Pill: Why Was Loretta Lynn Banned?

Excerpts of authentic musical performances pepper the entirety of Cocaine and Rhinestones. In other words, prepare to get your fill of the country canon . . . It seems that the entire menu is here.

In terms of entertainment value, all three of the above are winners in the podcast true crime-musical-genre bakeoff. The recipes are different, but each one tastes good going down. Bon Appetit!