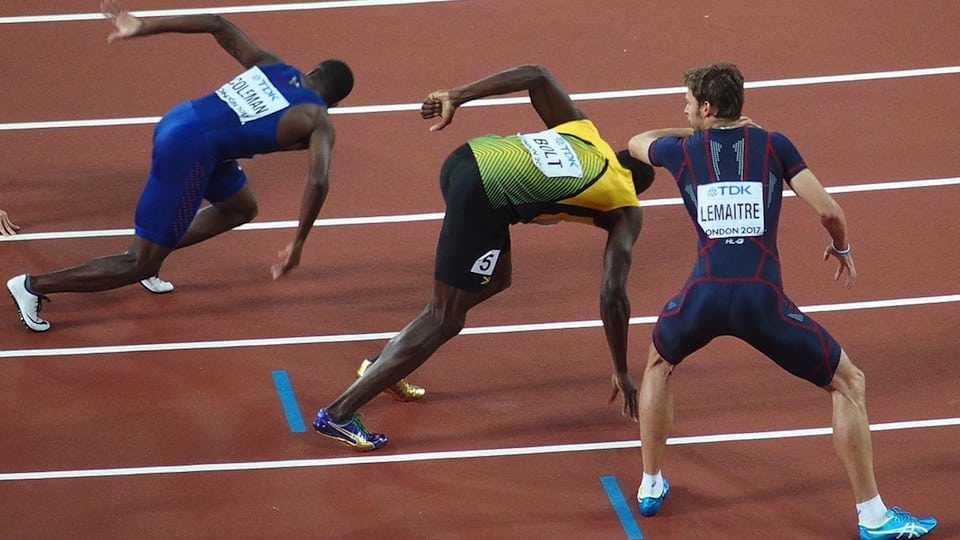 Ordinarily, 9.58 seconds is an inconsequential length of time. Probably about the same amount of time it’s taken you to read these first two sentences. In the world of Jamaican Usain Bolt, world record holder in the 100-meter sprint, 9.58 seconds is an eternity of effort. In just a few weeks he’ll attempt to break his own world-best time at the Rio Olympics and add gold medals in the 100 meter, 200 meter and 400-meter relay to those already won at the last two Olympics. Many consider him the best athlete of all time.

Virgin Media in the UK asked its agency Bartle Bogle Hegarty to develop an ad campaign emphasizing the speed of its service – and the man nicknamed “Lightning Bolt” made a perfect example of speed. But advertising featuring sports stars – particularly around the Olympics – is a minefield of cliches: overwrought scripts, faux-anthemic music and national pride wrapped into “I’ve seen this before” packages.

As always, BBH zagged where sports marketing zigs and made the bold choice to explore exactly what happens in 9.58 seconds. This new spot, while it tells a single story, tells it in ten segments of 9.58 seconds each. The effect is visually mesmerizing and narratively intriguing, the different segments adding up into a coherent whole. To add to the fun, former Olympian sprinter Michael Johnson provides the voice-over, confidently landing the opening question: “Do you know what 9.58 seconds feels like?”

For a little backstory on Bolt and the shoot, here’s a fun Campaign piece from Chief Creative Officer Nick Gill and head of production Davud Karbassioun. To give you a flavor: ” [Usain] is very cool and has an equally cool entourage around him who look after him. Will Usain jump in an ice bath? “I’ll ask him.” “No.” Is he happy to vomit during our training sequence? “I’ll ask him.” “Yes.”