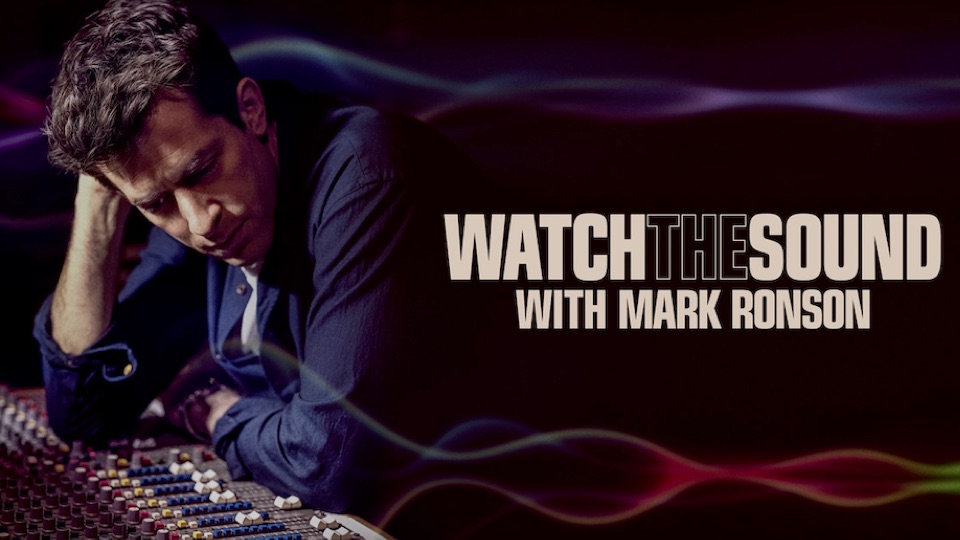 Few are more qualified to give a behind-the-scenes tour of music technology than the chart-topping producer, Mark Ronson, the star of a new Apple TV+ docu-series, Watch the Sound.

Through the series’ six episodes, Ronson, who has engineered music for the likes of Amy Winehouse, Duran Duran, Bruno Mars, Lady Gaga, and many others, explores the seemingly infinite space in which artists from a wide range of ages and genres utilize the assets of a modern-day music studio.

Related: “Duran Duran Takes Us to ‘Future Past'”

He chats with legends of the industry, including Paul McCartney, Questlove, Dave Grohl, Mike D from the Beastie Boys, Charli XCX, and more, discussing the ways in which technology has woven its way through their work. At the end of each episode, Ronson presents a brand new piece of original music, incorporating ​​techniques like reverb, synth, autotune, drum machines, sampling, and distortion.

Watch the Sound is an educational experience, one for visual learners in particular. “The whole point of it was to show, not tell, instead of getting in front of a camera and saying, ‘This is how we made this sound,’” Ronson recently told Vogue.

Ronson, who is 45, appears just as at ease with McCartney as he does with Kevin Parker from Tame Impala, both of whom appear in the series’ fourth episode to examine the merits of synthesizers. It disproves a common misconception: that modern artists — and modern artists alone — are responsible for the lack of “real music” on the radio, as listeners often lament. Ronson himself recognizes that the times have indeed changed, but that developing technology isn’t the death of “good” music, but instead another building block.

“I had a guitar, and someone showed me how to play Satisfaction. Now it’s GarageBand, getting a sample pack, loading that up, and remaking your favourite Hit-Boy or Future beat,” Ronson told MusicTech. “It’s almost like the first thing you ever do is sort of emulate someone else. And you realise that you can do that thing that the person you love does. And that starts the journey.”

Ronson’s confidence in playing host is helped by the fact that many of the stars who appear in the show are familiar faces to him, people he’s worked with before. Ronson’s two-decade career is nothing short of impressive, but dozens of hit songs later, he still insists his job is, in essence, to translate the ideas of the artists he’s working with into the final product — a technological middle man.

“It always starts with that conversation,” Ronson said of his work, “and being there as a conduit to get these brilliant people’s ideas out of their heads in the best and most appropriate way.”

One needn’t be a tech geek to enjoy the series. The show was designed just as much for studio rats as it was for fans who know what they enjoy listening to.

“Technology is a way to enhance music,” Ronson said. “We react to music because it gives us joy or sadness, or an emotion. So I think the meaning is still the most important part of music. Even the most modern-sounding productions and the modern trap hip-hop stuff is still very much based on emotion. Technology is just there to help support that.”

0 comments on ““Watch the Sound”: Mark Ronson Looks At the Music”