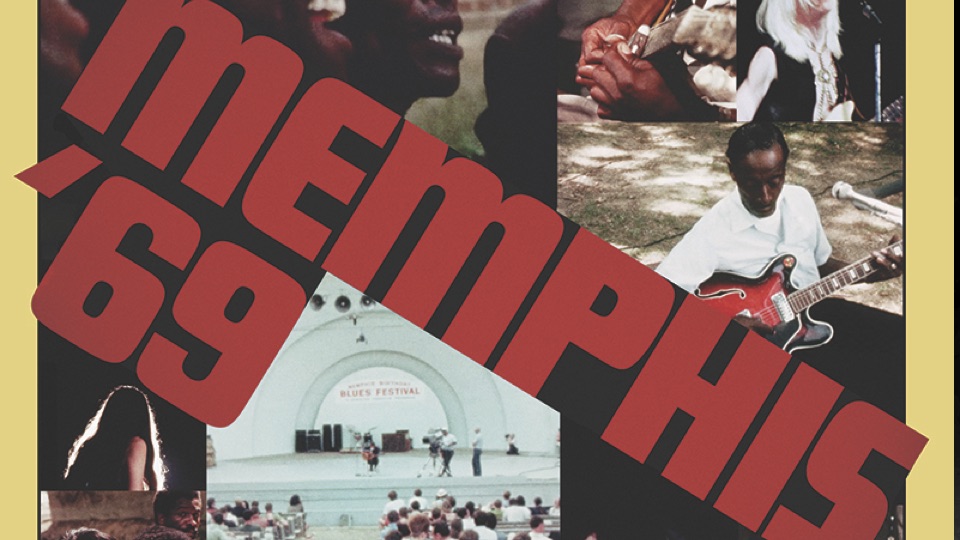 It was the summer of 1969 in Memphis. Droves of music devotees—white, black, young, and old—braced themselves for the sweltering Memphis heat and flocked to what was then the Overton Park Shell for the fourth annual (and final) Memphis Country Blues Festival. Among them was Adelphi Records founder Gene Rosenthal, who was in town from Maryland with a camera crew to film the three-day event, which also doubled as a celebration honoring the city’s 150th anniversary. Rosenthal captured roughly 17 hours of footage and double the amount of audiotape, the processing of which completely dissipated his budget. So, it was shelved and stowed away for a half-century, never made widely available. Until now, that is.

Recently finding a home on the Mississippi-based record label Fat Possum’s YouTube channel, Memphis ‘69, directed by Joe LaMattina using Rosenthal’s film, is the completed one hour and 12-minute-long documentary chronicling the festival, and it’s a goldmine of performances from already established blues acts, as well as artists on the rise. For the festival’s fourth year and the city’s sesquicentennial, the Memphis Country Blues Society, the group that hosted the event, succeeded in its pledge to put together the most notable lineup yet, and they did it with mainly local acts.

Memphis legend Rufus Thomas, dressed in a black suit and tie and backed by Stax pillars the Bar-Kays, kicked off the festival with a lively performance of his song “Walking the Dog.” It was strange not seeing him in his flashy cape-and-shorts combo that later became his trademark, but his effervescent personality and stage presence shone through in spades. The gravelly-voiced Bukka White, cousin and mentor to B.B. King, also made a couple of appearances. “The only way you can sing the blues like this is to actually feel them deep down inside your soul,” Thomas, who also doubled as emcee, announced to the crowd during his introduction of White. Despite singing the blues, White adopted a mile-wide grin and put on a show, playing the guitar behind his head and slapping it like a drum, all to the pleasure of the crowd.

Like a lot of concert documentaries, Memphis ‘69 is as much an homage to the people and style of the time as it is to the music, the camera zooming in on a pair of knee-high fringed boots here, and a girl wearing a black and white shift dress with matching bug-eye sunglasses there. It was a little more than a month before Woodstock, after all, and by this time, the counterculture movement had made its way to Memphis. However, seeing as it was the year after Martin Luther King Jr.’s assassination and the Overton Park Shell had served as a meeting spot for Ku Klux Klan rallies in the past, the crowd shots also emphasize an even bigger message, one of unity. With a diverse crowd of about 3,000, it was clear that at the Memphis Country Blues Festival, the love of the blues was still as strong as ever in its birthplace, and, as Memphis ‘69 states, the “music prevailed.”

Memphis ‘69 first premiered at Slamdance Film Festival in 2019 and in addition to being available on YouTube, is available to purchase on DVD from Fat Possum Records’ online store.