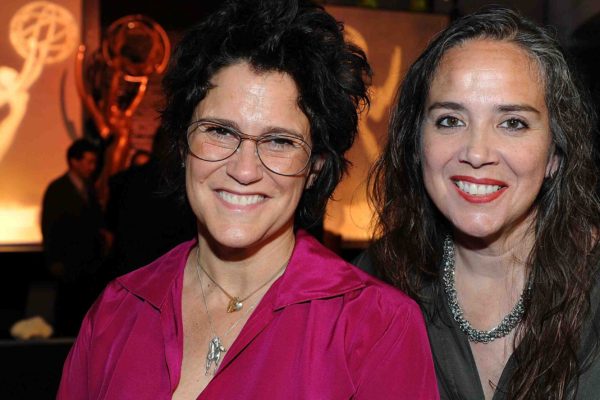 A very brief history for the uninitiated: Keyboardist Lisa Coleman joined Prince’s band in 1980, playing on the Dirty Mind tour and the Controversy and 1999 albums. By 1983, guitarist Wendy Melvoin was recruited in time for the Purple Rain album and film. Wendy and Lisa’s offstage personal relationship has been well-documented elsewhere, but together with Prince they formed a unique creative bond and contributed heavily to the Around the World in a Day and Parade albums. By 1986 all parties were ready to move on, and Wendy and Lisa exited The Revolution to continue as a duo.

Fast forward a couple of decades: When the email blast from B.B. King’s in NYC arrived announcing an “exclusive pre-sale for The Revolution,” it wasn’t just my love of Prince’s music that had me reaching for my credit card. With all due respect to the departed Purple One, Wendy and Lisa have held a special place in my heart since their self-titled debut album dropped in 1987. For three decades I’ve watched and listened as they have created a musical universe that’s as vast, mysterious and unpredictable as The Universe itself, where phat funk grooves and edgy rock, sophisticated jazz harmonies and catchy pop hooks, acoustic analog and hi-tech electronic sounds all coexist peacefully. The word “eclectic” doesn’t suffice. Wendy and Lisa bring another dimension of depth to everything they touch, whether it’s a new release, a film score, or a track with yet another collaborator. It used to annoy me that they weren’t more popular, but lately I get the impression that accolades aren’t their priority. They’re way too busy doing the work and kicking ass.

True, I was 15 and smitten with Wendy after seeing the video for their first single, an irresistible gem called “Waterfall.” But I was also an aspiring musician by then, and female guitar heroes were far from commonplace on MTV in 1987. Long story short: All barriers of genre and gender were permanently shattered for me the moment that Wendy ripped into her killer guitar solo, effortlessly fusing greasy funk, the blues, and pop melodicism. Meanwhile Lisa sat beside her at a baby grand piano full of water, smiling as if to say, “Go on, Wendy. You got this.”

That partnership — still strong three decades later — is perhaps what inspires me most about Wendy and Lisa today. I would never dare to preach about the challenges faced by female musicians, past or present, but I can safely assume that their ability to survive and thrive in this difficult business has been buoyed by their dedication to each other as a creative team, and to their shared musical genius for making the unexpected seem inevitable.

Their third album is my personal favorite: 1990’s Eroica hits the sweet spot between funk and folk, with acoustic guitars and tender storytelling punctuated by tasty wah-wah licks and crackling snares. But every Wendy and Lisa album is an experience, with its own flavor from start to finish. The aforementioned 1987 debut disc is an elegant blend of danceable grooves and dark, moody harmonic structures. And their most recent release, White Flags of Winter Chimneys (2009) encompasses everything grand about 21st century pop: the rawness and the polish, the reflective and the aggressive.

How do they do it? How do they connect so many varied threads? I don’t know. What I do know is that their names are always conspicuously absent from those annoying lists of “Women in Music,” and that’s a damn disgrace. But perhaps time will change that. (And perhaps gender is irrelevant when the music is this deep, but that’s another story.) The reunited Revolution laid down the awesome Purple Funk to an ecstatic crowd at B. B. King’s recently, but I knew I wasn’t the only one getting emotional when everyone left the stage except Wendy and Lisa. Clutching her acoustic guitar, with Lisa again behind her at the keyboard, Wendy told us how they wrote “Sometimes It Snows In April” with Prince on April 21, 1985, 31 years to the day before he died. When they played the song to a hushed crowd, you could hear a pin drop. Wendy struggled to keep it together, but she and Lisa were committed to the moment and the music. As moving as their tribute to their departed friend was, it was equally inspiring to simply witness two artistic giants up close as they humbly served their muse. It made me think of the lyrics to their song “The Life,” the flip side of the “Waterfall” single:

“Everyone has to do something…I am here, doing what I do best…but this is the life.”

3 comments on “Wendy and Lisa Have Created Their Own Revolution”