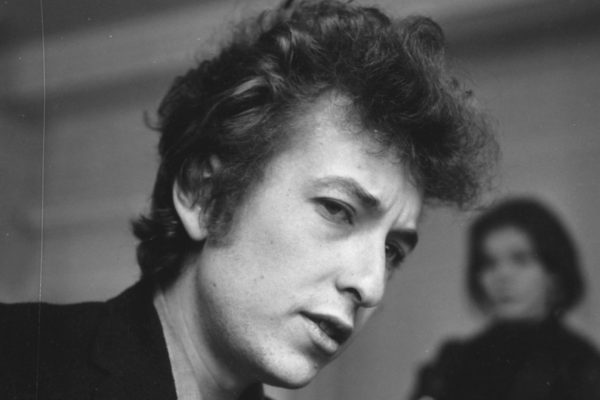 In a new book, Dylan Goes Electric!, Elijah Wald challenges the conventional wisdom that when Bob Dylan famously “went electric” in the summer of 1965 at the Newport Folk Festival, a bastion of traditional folk music, he was booed by outraged folkies, and — in the words of folklorist and archivist Alan Lomax — “more or less killed the festival.” It was not that simple. Dylan had “gone electric” at least two years earlier, and there were growing social and political forces that were already sapping the vitality of the Newport Festival.

Dylan began his musical life playing rock and roll in a high school band in Minnesota before heading to New York City to join the ’60s folk revival, attracted to the rawness and authenticity of Woody Guthrie’s music. By his second studio album, The Freewheelin’ Bob Dylan, released in May 1963, Dylan had started experimenting with amplification, adding an electric guitar, bass, and drums to “Corinna, Corinna” for a bluesy swinging sound. Then, in March 1965, Dylan cut loose with Bringing It All Back Home, kicking off the album with a rocking track, “Subterranean Homesick Blues.” The rock and blues sound permeates the album, which includes “Maggie’s Farm,” Dylan’s opening song at the 1965 Newport Festival. The album had reached #6 on the Billboard pop music chart by the time Dylan came to Newport. So it was no secret that Dylan was now playing with a full-on rock band.

For Dylan, “going electric” was less a radical departure than a return to his own rock and roll origins, but with trenchant lyrics and a sound influenced by the British Invasion. Dylan was impressed with the music of the Beatles. And in turn, Dylan’s personal and topical songwriting drew groups like The Beatles and The Rolling Stones closer to a folk-rock sound, displacing the appeal of traditional folk music for a new generation.

The Newport Folk Festival was not a monolithic embodiment of traditional folk music. Long before Dylan’s electrified performance in 1965, there were competing traditions and factions. There were those who felt that the festival belonged to authentic folk singers – the non-professionals who played in backyards and on porches in places like Appalachia and the Mississippi Delta, like Mississippi John Hurt and Reverend Gary Davis. Then there were those like Pete Seeger and Joan Baez who felt it was important to interpret the original folk tunes in order to preserve them and introduce them and their practitioners to a new, more mainstream audience.

Those differing agendas resulted in tensions, such as between Seeger and Peter Yarrow, of Peter, Paul and Mary. Yarrow felt that Newport should be a showcase for the new singer-songwriters who, like Dylan, were creating new music and lyrics that didn’t depend on the traditional folk idiom.

For all of Wald’s forensic analysis of Newport ’65, it remains unclear how extensive the booing really was, and whether those who booed were unhappy with Dylan’s going electric, or with the woefully under-rehearsed performance, the uneven sound levels, or the short three-song set. What is clear is that Dylan’s performance at Newport marked the ascendancy of a new folk-rock idiom that overwhelmed the original roots music focus of the festival.

But Dylan wasn’t the only force undermining the festival. In the summer of 1964, young people were heading to Mississippi, risking their lives for the voting rights drive of Freedom Summer. During the summer of 1965, the Watts neighborhood of Los Angeles exploded in riots, and young people began protesting Lyndon Johnson’s escalation of the war in Vietnam. All these developments made the kumbaya ethos of the largely white festival seem precious and out of touch. The roar of The Paul Butterfield Blues Band behind an electrified Dylan was more in keeping with the times and signaled the end of an era when the folk revival was at the cutting edge of politics and culture.

PS. While we’re on the subject of changing music, check out Classical Music Gets Crazy to see how two groups are giving the classical genre a facelift and The New Retro to learn about groups making some interesting new blends for the ear.