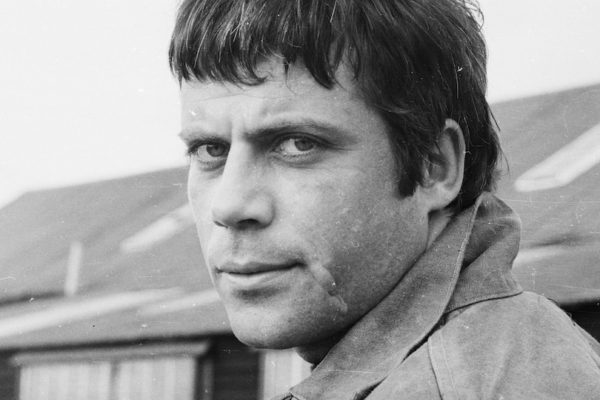 Quick! What actor had prominent roles in Oliver!, Women in Love, The Three Musketeers, Tommy and Gladiator? Defying stereotypes and comfortably at home in musicals drawn from both Charles Dickens and Pete Townshend as well as novels by both D.H. Lawrence and Alexandre Dumas, Oliver Reed is often overlooked when lists are compiled of iconic actors of the late 20th century. Reed’s appeal erupted from a classic source — but one very different from contemporaries like Redford, Brando and Newman. Barely concealed beneath a skin of English civility was a bubbling stew of intensity, suppressed violence and raw sensuality, all most evident in 1969’s Women in Love (opposite Alan Bates and Glenda Jackson) featuring a naked fireplace wrestling match between Reed and Bates.

Rumored to be an illegitimate descendant of Czar Peter the Great, Reed claimed to have been expelled from more than a dozen schools. His acting career was nearly derailed after a 1963 bar fight requiring 63 stitches and leaving a notable scar. With pub-crawl pals like Richard Burton and Peter O’Toole, much of Reed’s life was afflicted by alcohol and stories of his drinking adventures are legend. A close friendship with Who drummer Keith Moon, developed during the filming of Tommy, centered on what one source called their “reckless lifestyles.”

The demands of celebrity made Reed a sought-after guest on talk shows. According to Wikipedia, David Letterman cut quickly to a commercial when it appeared the actor was about to become violent. On Johnny Carson’s Tonight Show, Shelley Winters poured a glass of whiskey over Reed’s head after a derogatory remark about women. And on Britain’s After Dark program, A troubled soul and no friend of sobriety, Reed’s acting chops are unarguable, from Oliver!’s Bill Sykes to Tommy’s Uncle Frank. None brought as many accolades as his starring role in Ken Russell’s The Devils, with Reed playing a priest executed for witchcraft opposite Vanessa Redgrave as a sexually repressed hunchback. Having died in a drinking competition in an Irish pub in Malta, Oliver Reed deserves to be revisited as an actor today, Feb. 13th, what would have been his birthday. Next step: your Netflix queue or Amazon watch list.

PS. While you’re lining up new films to watch, check out our post on prolific director Preston Sturges.

0 comments on “Oliver Reed: A Bubbling Stew of Intensity, Violence, and Sensuality”