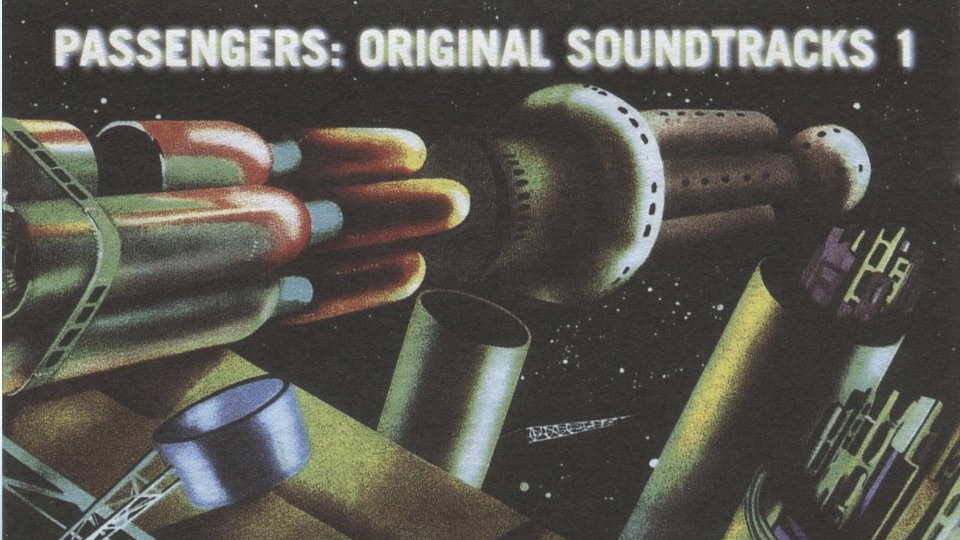 Although relatively still in its infancy, pop had shown big intellectual leaps by the mid-nineties. Paul McCartney had returned to his more experimental roots after years of formulaic rock, Pink Floyd unveiled an album even more cerebral than the latter-day Roger Waters records, and U2 -still riding on the legacy they set at Live Aid – had veered from their more commercial path, to write a more abstract album under the eye of producer extraordinaire Brian Eno. Original Soundtracks 1 showcased a far wider palette to the rock anthems traditionally essayed on a U2 album. Although only the most perverse of U2 fans would declare it their favorite album, it does showcase the ingenuity of a band uneager to rest on their impressive laurels.

Before meeting U2 in 1984, Eno, who’d worked with glam writers Bryan Ferry and David Bowie in the seventies, had grown tired of the limitations rock held. Impressed by their enthusiasm, Eno agreed to co-produce stadium monsters The Unforgettable Fire and The Joshua Tree with Daniel Lanois in tow. Power ballads “Bad” and “Where The Streets Have No Name” demonstrated a lucidity scarcely heard among their contemporaries. Recognizing the band’s work ethic as one comparable to his offbeat approach to songwriting, Eno encouraged U2 to release an album under a nom de plume of their choosing.

“We wanted to do a project with Brian Eno that was not a U2 album, because we had been fans of his work for such a long time,” guitarist the Edge said in a contemporary interview. “We went into the studio with Brian, really just to explore this idea of collaborating, songwriting, composing, whatever you want to call it together.”

Dutifully, Passengers (comprising U2 and Eno as equal creative partners) were born. Ever the curmudgeon, Larry Mullen Jr. was unimpressed with the results (“There’s a thin line between interesting music and self-indulgence. We crossed it on the Passengers record.”), but the other members welcomed the opportunity to perform, produce and project aspects of themselves few expected of them. Bassist Adam Clayton – never known to sing a tune, barring a Band Aid verse or two – recites much of the poetry heard on “Your Blue Room,” while The Edge -a vocalist who’d sung the pounding “Numb” in 1993 – sings the wistful “Corpse (These Chains Are Way Too Long)” with piercing, even playful, flair. Bono performs a strangely beautiful piano pattern on the instrumental “Beach Sequence”, while Eno gifts the album “A Different Kind of Blue.” Electronic centerpiece “Slug” showcases one of Bono’s more triumphant vocals, “Plot 180” The Edge’s steely guitar work, but otherwise, the band treads a more pulsating path to the voyages they’d taken in the eighties. Melancholic deep cuts “One Minute Warning” and “Always Forever Now” showcase an outfit determined to cut down any preconceptions a listener might hold on Bono’s output. Mullen Jr’s. penchant for funk stylings comes to full fruition on the exhilarating “Theme From Let’s Go Native.”

Amidst the collages, constructs and aural paintings that make up most of Passengers’ esoteric work comes “Miss Sarajevo,” a superlative chamber piece that contains one of the most detailed and honest vocals Bono has committed to tape. Sparring with opera luminary Luciano Pavarotti, Bono leads listeners from the beautiful and brisk into a carnival even more frightening than anything The Beatles may have lit at their most fertile. Channeling the horrors of a conflict he watched on his television set, Bono saluted the country’s underground resistance movement, cautioning listeners to a war more surreal in color and stature than their most politically-charged tunes. A pacifist and a craftsman to the end, Bono opted to leave the song’s meatier segment for Pavarotti to perform:

No tape loops. No turntable, twists, or studio tricks. Just raw, unvarnished nerves. Here, on U2’s most atypical work came the most extraordinary lyric they had yet produced, pointing the band far from the sonic to the soulful.

By the turn of the twentieth century, U2 and Eno completed All That You Can’t Leave Behind, earmarking a new direction based on honesty, honor, and humor. On their forty-year adventure, U2 have veered from the liturgical (October) to the lecherous (Zooropa), from the excellent (Achtung Baby) to the negligible (No Line On The Horizon), bringing with them a truthfulness that comes as much from an area of unease as it does from the eagerness and assurance each member has gleaned from one another. And with every avenue they take, they’ve stood as passengers (even Passengers) through it all.

Eager to read more about U2’s outlandish adventures? Then, check out this new book on Ireland’s greatest and most successful export.

1 comment on “When U2 and Brian Eno Were “Passengers””