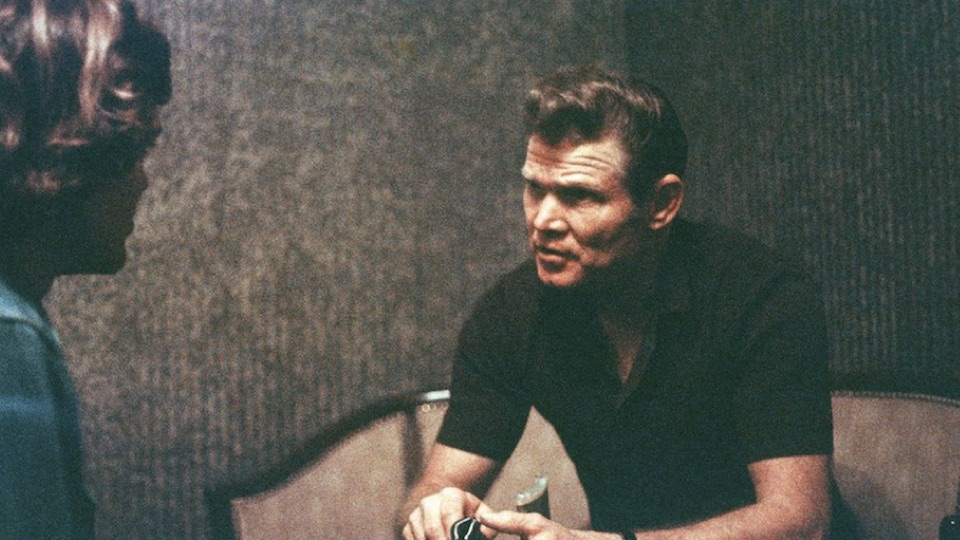 “The Devil went down to Georgia, he was looking for a soul to steal….”

If you’re like me, you can probably rattle the rest of the song off without breaking a sweat. The devil is behind on his quota and he finds a kid on a stump playing the fiddle. He bets “a fiddle of gold against [his] soul” and, well, loses.

The fiddle playing by Charlie Daniels on the track is, for want of a better word, insane. His fingers fly across the strings and the resin rises like smoke, and we are enraptured by the music that we all agree was worthy of that gold.

The problem is that Charlie Daniels, while the writer of the rest of the song, didn’t write that violin interlude. The original, known as “Lonesome Fiddle Blues,” is the work of a man who might have already sold his soul to the devil in order to write it.

At the age of seven, Vassar wanted to learn the fiddle. He had a cheap violin that his mother was kind enough to give him, and he had a battery-powered radio. That was all he had to learn with. It wasn’t until he spoke to another kid that he learned that he needed rosin. Vassar never learned to read music.

Instead, night after night, for hours at a time, he would listen to the radio and try to make the same music with his violin. The fiddle parts were far too fast to keep up with, so at first, he would try his best to follow the melody. Not knowing any better, he would try to fit as many notes as possible on each pull of the bow. This long drawing remained a common feature of his playing for the rest of his life.

Vassar’s stepfather was friends with Chubby Wise, the fiddle player for “The Father of Bluegrass,” Bill Monroe. When Vassar was only 14 years old, Chubby came by to visit with his boss and asked the kid to play a little. Too nervous to do so, he played the guitar instead. By then, Clements had learned three of the six instruments he eventually became skilled on.

Chubby knew how good Vassar was, though. When he left Monroe’s band, he insisted the boy get an audition. At the age of 21, Vassar hopped a train with fifty cents in his pocket and barely a hope in his heart.

He was hired immediately.

So began a career in music that lasted over fifty years. In 1957, he joined Lester Flatt and Earl Scruggs in The Foggy Mountain Boys, playing on their theme to the TV show, The Beverly Hillbillies.

Unfortunately, struggles with alcoholism caused Clements to take time away from the music scene. Somehow, though, life refused to be uninteresting. While he sobered up, he worked at The Kennedy Space Center as a plumber and owned a potato-chip franchise. By 1967, he was healthy and ready to be back on the road.

From then until his death in 2005, he never stopped.

In 1971, Vassar joined the Nitty Gritty Dirt Band to help them write their record, Will the Circle Be Unbroken. It is for this album that he wrote his first-ever original piece, “Lonesome Fiddle Blues,” which became the first song of the second of three LPs.

The album went platinum, and the song became a huge hit. Within only a couple of years, it was being covered around America and variations had been arranged for banjo and guitar.

In 1975, Vassar played the song on his self-titled debut. On guitar for this recording was a young Charlie Daniels, who was already a major fan. The experience remained with Daniels his whole life and, when thinking about what he wanted in his country song four years later, he remembered performing with the greatest fiddle player of all time.

“The Devil Went Down to Georgia” is an ode to the great music of the past. It references “The House of the Rising Sun,” “Ida Red,” and “Fire on the Mountain.” So it only made sense that Johnny, the hero of the song, play something equally historic.

“The Devil Went Down to Georgia” became Charlie Daniels’ biggest hit. It reached number 3 on the Billboard 100. It appeared on the soundtrack of James Bridges’ Urban Cowboy and has, to this date, sold over 5 million copies. Clements was happy to hear his song used in this new way and as an example of how wonderful the music of the violin could be.

In a rare interview with Frank Goodman of Pure Music, Vassar Clements was asked what he thought was the one thing he wanted people to know about him. He answered, “I really don’t know anything much except go to church and you’ll feel much better. I just love people and jamming and trying to make up licks and put them together to make something sound good.”

The entire database of songs that Vassar Clements worked on has been impossible to collate. At last estimate, somewhere over two thousand recorded songs have Clements playing on them. These include bluegrass, jazz, rock, and heavy metal. He played with The Grateful Dead, The Monkees, Wings, and Kris Kristofferson. He had six Grammy nominations over nearly thirty years, released thirty-six albums of his own music, and appeared in Robert Altman’s Nashville. Along the way, he was gifted a four-hundred-year-old Duiffoprugcar violin and created a new genre of music in “Hillbilly Jazz.”

In 2005, only months after receiving a Grammy for best country instrumental, Clements passed away from lung cancer. For the man who could write music that impressed the devil himself, he will be remembered as a kind musician who always had time for one more song.

3 comments on “Vassar Clements: “Fire on the mountain…””