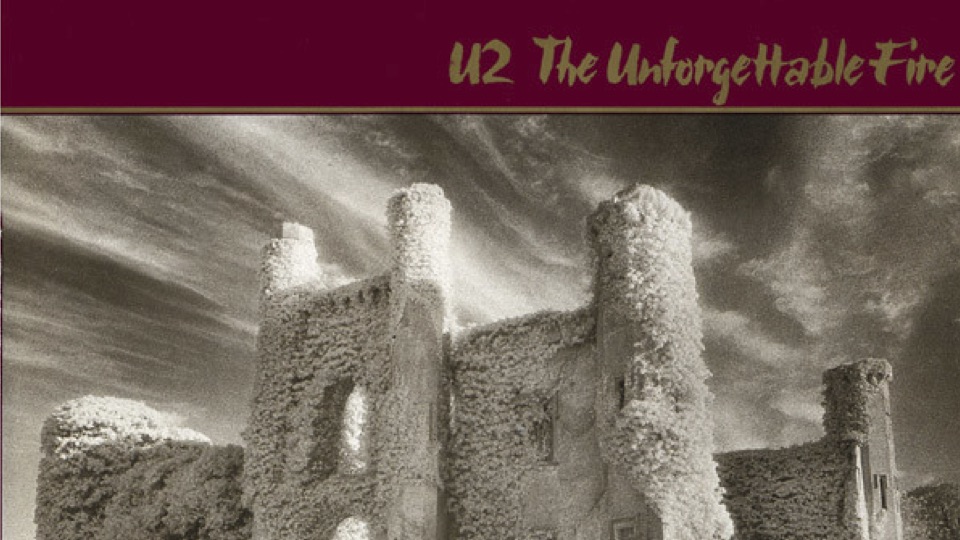 Channeling the energies left to them by Led Zeppelin and The Who, Irish rockers U2 happily found themselves embodying stadium rebellion for a new generation of fans. Albums Boy and War, complete with their fiery energies, jaunty choruses, and colossal drum parts, showcased a band intent on flying the raging flag. And so it was for Bono, who flew a White Flag during the band’s renditions of ‘Sunday Bloody Sunday,’ capturing a theatricality more often seen in seventies bands.

But it wasn’t a genre that sat well with the pious, pensive four-piece. Fueled by the experiences of touring, U2 distracted themselves with liturgical prayers, poems, and readings. Beneath the trappings of success, came the chants of a frightened vocalist, eager to scream for help thought lost from them. Between Boy and War, U2 recorded October, an intellectual essay of co-dependence in a world without God. In many ways, October was a triumph, but it was a triumph of effort, and not in resolve. Huddling to the castles that decorate their native Ireland, U2’s fourth work improved on the philosophies of their second, by channeling these spirits in a singular, but commercial, form.

Related: “Catching Up with Bruce Foxton of The Jam”

The Unforgettable Fire (1984), for this writer, is the band’s lushest, most evocative work. Track after track, the band trace their beginnings, virtues, and longings, questioning the crusade they, and only they decided for themselves. More than that, it’s their greatest tribute to Ireland, the country that had inspired, fueled and spurned them at varying points of their illustrative career. Camped in Slane Castle, Co.Meath, the band’s holistic, no holds barred approach was one that appealed to stylist Brian Eno, co-producer of the album.

Compiling the tapestry, Eno and Daniel Lanois captured a band at their most ruminative, eager to explore the journey of the songs they had written. The studio was remote and the concentration was intense, an intensity heard on the spectacular title track. Resolved and mannered, band-mates The Edge and Larry Mullen Jr. chase the lyric with soft-footed, almost balletic, poise. Ready and supported, Bono tackles the melody with sure-footed, almost angelic, falsetto. Between them, the trio paints a bucolic, bathing beauty, contrasted by Adam Clayton’s low hanging, loud patterned bass, Congratulating his producers in an interview, Clayton found their open-ended approach an asset to the recordings: “With Steve [Lillywhite], we were a lot more strict about a song and what it should be; if it did veer off to the left or the right, we would pull it back as opposed to chasing it. Brian [Eno] and Danny [Lanois] were definitely interested in watching where a song went and then chasing it.”

Although it’s not strictly conceptual, The Unforgettable Fire hinges on plot lines and past lives for inspiration. “Bad”, best remembered these days for the band’s ram-shackled rendition at Live Aid, pictures heroin users with unbridled, unsanctioned pity;”A Sort of Homecoming”, still of the band’s most impressive openers, captures an acceptance acquired from the prescience of poetry; while “Promenade”, the closest thing the band had yet come to stripping themselves of their masked emotions, showed a band embracing the stillness of their queries.

In all of his word paintings, Bono demonstrates an awareness of the greenness that surrounds a bright-colored beauty that shaded his naive, neglectful nature with crisp, centennial calm. As did his band-mates, who recorded the mystical, hypnotic “4th of July” without his assistance.

Seeping into the mythology of Ireland, U2 concentrated on another mythology, basking in the wonders of a country far beyond the Leinster skies. “Pride (In The Name of Love)” and “MLK” pictured a leader, whose words and sentiments mirrored their own, while “Indian Summer Sky” and “Elvis Presley and America” asked listeners to create their own sentiments out of the geographies, gears and philosophies given to them by the band. Surrounded by debris, stone, and castle, U2 pictured an America founded by immigrants, indolence, and ignorance. The Joshua Tree, formed by truth and tears, mapped itself on an American aesthetic, but The Unforgettable Fire, cornered in the East of the Irish isle, paints an America enamored by story.

Richly decorated by jaunty guitars, the album’s striking, singular vision is one that can be enjoyed by those who find their more anthemic albums too overbearing. Instead, it’s built on hope, texture, and co-dependence, tailoring the building of a castle into a lilting, lively album.