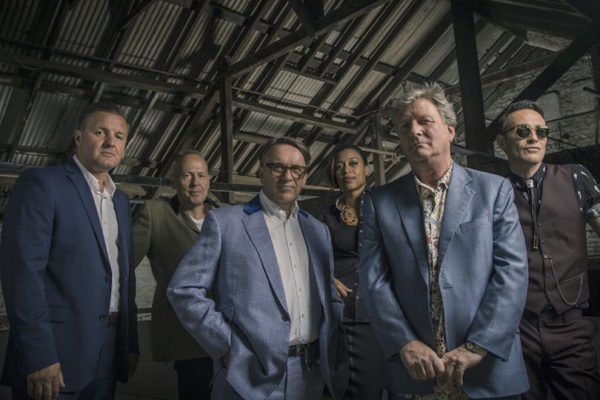 Even casual music fans are likely familiar with Squeeze’s 80’s-era hits like “Tempted,” “Black Coffee in Bed” and “Pulling Mussels from the Shell” (an innocent title for a salacious topic). Those of us inclined to geekdom go quite a bit further, however, practically worshiping the band’s world-class combination of tight wordplay, lovely melodies, harmonic sophistication, and monster chops. Over the years, the songwriting duo of Chris Difford and Glenn Tilbrook has often been compared to Lennon and McCartney. That the parallel is not preposterous is a tribute to how good they are. Whereas many artists have recorded from the Beatle songbook, very few have covered Squeeze.  Why?

Maybe they’re just too quirky. Or too complex. Or too English in their very-specific references (although Penny Lane and Strawberry Fields were very local places, too). Or maybe they never got quite big enough, or weird enough, to achieve “legendary songwriter” status. On balance, let’s just count this among life’s mysteries. A few years ago, they hit the road in support of their first album of original material in 17(!) years, From the Cradle to the Grave, on the aptly named “The At Odds Couple” tour.  More recently, they’ve played packed houses in places including our nation’s capital — and haven’t lost a step.  Or a lick.

Their trademarks remain firmly in place – the hooks, the easy humor, the particular harmonies (with Difford’s melodic croak underneath) and Tilbrook’s criminally-underrated guitar playing. (Seriously, the dude can absolutely wail and sing simultaneously. Don’t try this at home…)

As for Tilbrook’s shred-ability, he recently explained to Guitar Player magazine that his “parents were big jazz fans. They took me to see Barney Kessell and Joe Pass when I was about 15. The lovely thing about Squeeze is that we can have a song like “Another Nail In My Heart” or “Black Coffee in Bed” and it allows me to assert my twisted interpretation of what jazz did to me.”

The current touring lineup of Squeeze is no nostalgia act. With Difford and Tillbrook firmly in charge, they’ve inventively reimagined the classics and bring passion and commitment to the new material. Plus, the new members are just killer musicians.  Let’s hope some of the “next generation” recognize what the songs of this band have to offer and take a crack at their own interpretation.

On the cover front, The Roots, master musicians that they are, have risen to the occasion, with a tribute album called Swindles, featuring artists including longtime friend-of-the-band Elvis Costello. Here’s one sample, courtesy of Erykah Badu. So it turns out good Squeeze covers are simply rare, not impossible….

2 comments on “Why Does (Almost) No One Record Squeeze’s Songs?”