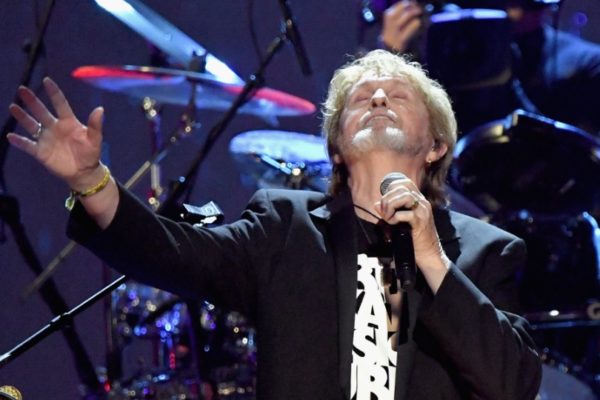 This year saw the (long overdue) induction of Yes into the Rock and Roll Hall of Fame. The legendary English progressive rock band has weathered multiple personnel changes and stylistic evolutions since their formation in 1968, but they have consistently managed to retain a singular musical identity through several decades of shifting musical climates. A prime example of this is 1987’s Big Generator, an unfairly-overlooked gem in the massive Yes catalog. The album is an excellent mix of “old” and “new” Yes, embracing the sonic and musical textures of the 1980s without sacrificing the integrity or the strength of the band’s songwriting and performances.

Its predecessor, 1983’s 90125, was hugely popular and spawned the massive radio hit “Owner of a Lonely Heart.” But while it’s a fine rock album of its era, Trevor Horn’s “big 80s” production style kept 90125 from feeling distinctly Yes-like. Big Generator is the adventurous, musical spirit of classic 70s Yes, successfully updated and polished for the new decade.

The lineup on Generator consists of vocalist Jon Anderson, bass guitarist Chris Squire, keyboardist Tony Kaye, drummer Alan White and guitarist Trevor Rabin (all five of whom were among those inducted into the Hall of Fame). Songwriting credits show an even distribution of duties among the three founding members, the longtime drummer, and the “newbie” guitarist, giving the album a true compositional balance.

Trevor Rabin’s slick production sheen is in full force here, but that doesn’t stop the band from getting their jam on. Yes rocks hard on Generator, with a fire, a toughness, and a lean efficiency that avoids any of the “topographic” indulgences of the previous decade. “Almost Like Love” and “ Rhythm of Love” in particular are both propelled by the relentlessly driving Squire/White rhythm section.

And when their storied history is recalled, Generator is masterful. “I’m Running” clocks in at just over seven minutes, its extended form and rhythmic twists and turns echoing the through-composed, rococo rock of “Roundabout” or “Perpetual Change.” And the first half of “Final Eyes,” with its heavenly acoustic guitars and layered Anderson vocals, wouldn’t sound out of place on The Yes Album.

The first single from Big Generator contained the only songs written by solo band members and perfectly summed up the extremes of the album. Rabin’s “Love Will Find a Way” is an instantly radio-friendly pop hit which topped the US charts for three weeks in 1987. But the B-side, Anderson’s emotional “Holy Lamb (Song for Harmonic Convergence),” is a gorgeous, spiritual plea for human kindness and enlightenment. Indeed, “Holy Lamb” closes the album, with the profound statement that “…all we need to know is that the future is a friend of yours and mine.”

Big Generator guided Yes into that friendly future; in the three decades since, Yes’ unique ability to change with the times while staying true to their core sensibilities has cemented their legacy as one of the premier rock bands of their generation. This particular album has aged surprisingly well, holding up better than many of their peers’ offerings from the same time period. It is the sound of master musicians and songwriters finding their footing in a new sonic landscape and emerging stronger for it.

4 comments on ““Big Generator” Illustrates the Lasting Power of Yes”