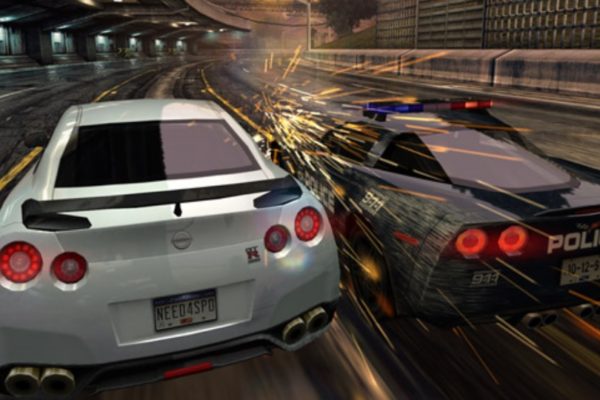 In case you didn’t know, the car-racing genre of video games has been perfected! In terms of graphics quality, most new console hardware is truly hard to beat. Whether you are an intense car hobbyist, just like to hit the virtual open road with friends, or want to see physics in action as cars slam into each other going over a hundred miles an hour, one of these titles has definitely got your personalized license plate on it. So put your keys in the ignition as we take a look (in no particular order) at the leaders of the pack when it comes to motor sport video games.

1. Need For Speed: Most Wanted
A launch title for the XBox 360, this game took a note from the huge success of GTA and included the fuzz as an element for this badass city racer. You can gain “heat” in races and get pursued by the police who become increasingly aggressive the longer they’re on your tail. The cops can employ different tactics too like spike strips and helicopters in order to run you off the road and into jail. Another charming element of this game is its use of FMV (full motion video). Usually real actor performances like this can come off as cheesy (see Night Trap) but this game pulls off this element flawlessly. Hell, the game’s so popular, it spun off its own feature film.

2. Gran Turismo (series)
You can’t have a list like this without mentioning Gran Turismo. It holds the Guinness World Record for “most cars in a game.” This is a series that prides itself on vehicles with the tiniest details alongside its realistic in-game physics. GT is what made Playstation the winner of the console wars for racing games as it’s exclusively on Sony. It wasn’t until the most recent iterations of the Forza Motorsport series (especially, Forza Motorsport 6 on Xbox One) that anyone’s come close to challenging the best game for gear heads. No wonder GT is the highest selling Playstation franchise of all time.

3. F1 2010
Sure, there are other, arguably better F1 games in the series but F1 2010 paved the way with its complex weather system. Here’s an example of how it works. If the rain comes pouring down mid-race, the track slowly loses grip yet stretches shaded by trees are less affected while indentations become more treacherous. Pretty nuts, right? Imagine the level of detail required of the programmers! On top of that, as you make your way through races against the same opponents, your team will do “research” and you will acquire equipment upgrades. You can race for up to seven seasons in career mode for a variety of teams. If you’re a Formula 1 fanatic, this is heaven.

4. Burnout Paradise
Let’s face it. Some of us crash a lot. No other title makes this a more exhilarating experience than Burnout Paradise. With its “showtime” mode, you get to put your bad driving to the test as you attempt to create the longest most exorbitant crash possible on the streets of Paradise City. The open world of this game is huge, possibly the best of its kind. The races are numerous and highly customizable allowing the player to choose everything down to traffic congestion and route. BP also got a lot of love from its developers via constant updates after release (including a day-night cycle) as well as several DLC packs.

5. Colin McRae: Dirt 2
Rally motor sport cannot be denied on this list and no title does it better than Colin McRae: Dirt 2. For those unaware, rallying is a type of race generally performed on dirt roads closed to other traffic. Here, drivers must get from point A to point B as fast as humanly possible. For this one, the developers were able to incorporate an updated physics engine which takes into account weight transfer during turns allowing for more intricate techniques. If you want to get away from the cities and tear it up on country roads, park yourself with Colin McRae.

6. Mario Kart 8
The last title on my classic racing games list (which you can read here) is also the last title on this one as well. Mario Kart 8 is the newest release in a timeless franchise that continues to bring the fun for all ages. It incorporates fantastic versions of the classic tracks that you’ve come to know and love (MooMoo Meadows, Donut Plains 3, and Rainbow Road) as well as new courses like the Zelda-themed Hyrule Circuit. As the eighth title in the series, this one easily remains the best choice for family get-togethers. No backseat drivers allowed.