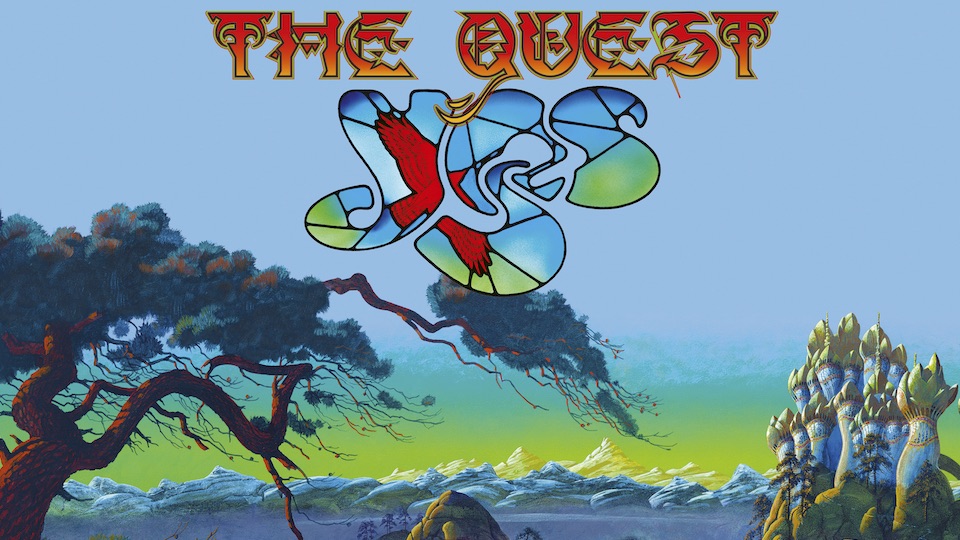 When the invitation to interview drummer Alan White comes your way, the easy (quick) answer is…”Yes”!

Obvious jokes aside, CultureSonar had the pleasure of speaking to Alan White, a powerhouse percussionist whose resume’ extends back to the sixties and the solo Beatles, and extends to the present day with The Quest, Yes’ just-released album.

CS: Congrats on the new album! What do you think of it?

AW: Yeah, I like it a lot. It was just a thing with music brewing in people’s heads for a while, and we put all our heads together, but because of COVID, we recorded it in a different way. [It was recorded] in an individual sense, so that’s the first time we’ve done that, and I’m really pleased with the results.

CS: Fantastic. How do you rate guitarist Steve Howe as a producer?

AW: Very good. He’s part of the band, so he was working with the band most of the time. He wasn’t being employed by the band, so we left it to him, and he did a good job, I think.

CS: What was it like working with bassist Billy Sherwood on this album?

AW: Very good. Obviously, Billy isn’t the same bass player as Chris Squire was, or is, but he’s about the best replacement we could possibly get. Chris Squire was his mentor for most of his life, so he learned pretty much everything Chris had played. Also, he sings like him, so it was a perfect replacement. I’d already been working with Billy for twenty-five years anyway, so it was natural when Chris passed away.

CS: That must have been an adjustment.

AW: Yes, I worked with Chris for forty-three years, so that’s a long time to work with another musician. You know, Billy pretty much studied everything Chris ever did, so there was a lot of help in that department.

CS: What year did you join Yes?

AW: I joined in ‘72. Chris and Jon asked me to join the band because Chris came to see me play with Joe Cocker, and mostly liked what I had done on record. The group was moving in that direction, so they invited me to play with them. After inviting me they said, “We have a show on Monday: can you learn all the songs in three days?” It was a bit of a struggle, but I made it. Next year will be my fiftieth year with Yes, so I must have been doing something right!

CS: For sure! And you must have done something right if John Lennon wanted to use you on “Imagine,” his signature song. What are your memories of that recording?

AW: It was a family kind of feeling– the same musicians every day.  An all-around effort from everybody and John was very set in his ways and knew how he wanted it to sound. Quite amazing lyrics.

CS: How was George Harrison different in his approach versus Lennon?

AW: How were they different from each other? Not really a lot. With John, it was a little like a band he put together. We’d go in every day, take in the process, and take in the song of the day. We’d listen to the demo, and John would show the lyrics to everyone. Then, we’d get on with the task of recording. As the world knows, it became one of the best albums of the millennium!

CS: Did you collaborate with Ringo on any of the All Things Must Pass tracks?

AW: No. The only track I saw him on was playing tambourine on “My Sweet Lord.”

CS: Back to Yes: What do you think has been the enduring popularity for a band now fifty years old?

AW: Nearly fifty-three! I’m here since ‘72. I don’t know…I guess it’s the music. Really high standard of musicianship, and being able to come up with the goods, and always interesting music as we moved forward.

CS: Yes were one of the few Prog bands to survive into the eighties.

AW: Yeah, well, in the eighties, as you know, Trevor Rabin came into the band. Chris, myself, and Trevor initially started with the idea of calling the band Cinema. Tony Kaye came in on the keyboards, and Jon liked the stuff, so when he sang on it, there was nothing we could call it but Yes again!

AW: Yeah, and that was when we made 90125, which as you know was a very successful album. And “Owner of a Lonely Heart” was a number one hit in eighteen countries, which really broadened the scope. Trevor was a really talented, versatile musician, fantastic lead guitar playing, and he sings amazingly.

CS: Are there any drum performances in your catalog that you feel proud of?

AW: On record? There are lots of bass and drum moments in Yes music. I think that one we can make standout is “Ritual”, and on Relayer, there’s the song “Sound Chaser.” And Drama…There are many albums where the bass and drums have really interesting lines and patterns.

CS: What was so unique about Squire’s bass playing that elevated him in the sea of bass players?

AW: Well, Chris was always known to be a bass player who played lots of interesting, melodic lines to weave his way into the song. They called him “The Lead Bass Player.” A lot of people really loved the way he approached that.

CS: There was Squire and also John Entwistle who played “lead bass”.

AW: Chris knew John very well: he enjoyed his bass playing amazingly. He was one of his favorite players.

CS: Who influenced you as a drummer?

AW: Many people. As a teenager, I was playing a lot of Beatles and a lot of original music. Through my teenage years, I got into listening to Frank Zappa, and then I started listening to fusion drummers, like Alphonse  Mouzon and Lenny White. Lenny White had the knowledge of fusion drumming, but he also had the “lay it down” style, so I based my drumming on incorporating both things, which is what Yes was looking for.

CS: Yes were a hybrid of influences. How would you describe the new album, if you had to pin it on a genre?

AW: It’s a combination of a lot of things. I never called Yes music “Progressive Music”. It’s a combination of a lot of different styles: classical, jazz, R’n’B. You couldn’t put it under one thing. People might call it a prog album. I hate labels. Music is music, whatever it is. If it happens to fit in a particular style…If it’s good music, it shouldn’t matter what it is.

CS: Exactly. That’s what Phil Collins says, whether Genesis was Prog or Pop. Did you ever work with him?

AW: I met him quite a few times, although I didn’t really know him that well. I like Phil’s music-I love his voice. He’s written some great stuff.

CS: Do you think this new album will appeal to fans of the seventies’ work, or is it a more contemporary album?

AW: The reaction I’ve seen so far? Overall, an acceptance. A lot of seasoned Yes fans, and a lot of younger fans. More across the board, and people are enjoying the songs.

CS: Are there any lyrics on the album that especially appeal to you?

AW: Lyrics? Yeah, I was listening to the song “Future Memories.” That’s really great lyrically, and what a beautiful song. Mostly written by Steve and Jon [Davson], and then “The Ice Bridge” is a really meaningful song, with slight hints to the COVID situation. Not overplaying it!

CS: It sounds very cohesive for an album recorded during COVID.

AW: The engineer who mixed it did a really excellent job. It didn’t take long to record, a couple of months. I put the drums and bass on in Los Angeles with Billy.

CS: Are there any other projects you’re working on?

AW: Not really. Working on writing different styles of music. Getting ready to tour early next year.

CS: Why do you think people will enjoy The Quest?

AW: It has a great message, and it’s obviously a Yes album — you know straight away. There’s a lot of very melodic songs on this album. Some of them are very similar to “Magical Mystery Tour” – very singalong!

6 comments on “Yes, The Beatles, and Beyond: Alan White’s “Quest””