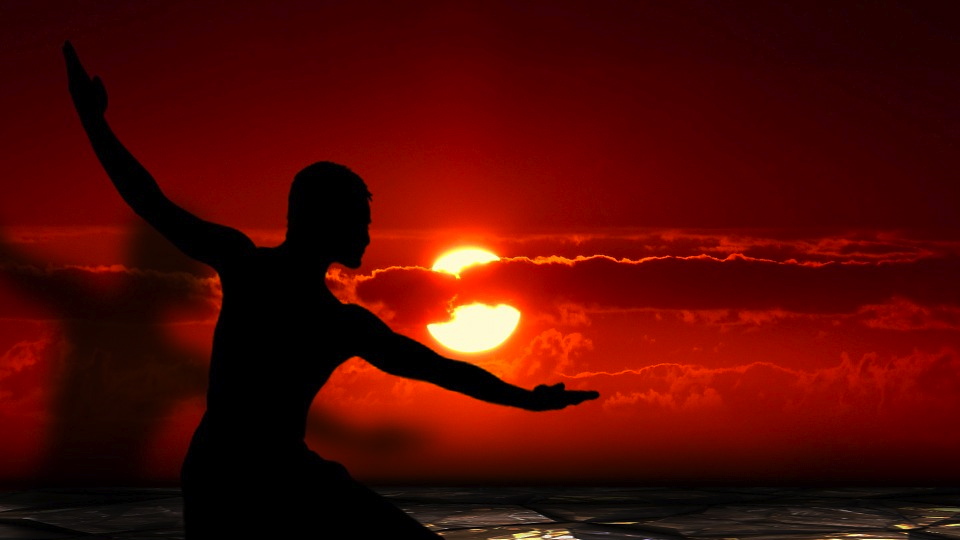 Flexibility is literally and metaphorically important at any age, but particularly as the years roll by. There are metabolic shifts at pretty much every stage of life, from “I Can’t Stay Out All Night Anymore” to “These Kids Will Never Let Me Sleep Again” to “Jeez, why does THAT hurt now?” Staying supple throughout, so much easier said than done, gets progressively more important. In the course of our Day Jobs, we see a whole lot of fitness and wellness programming. At last count, for example, there are roughly 3 trillion yoga classes and videos, with something for pretty much every interest group. (“Doga,” anyone?)

The genre has produced superstars (like Rodney Yee and Shiva Rea) and reliable “character actors” who keep on keeping on, building a multi-year body of work. In the latter category, we’ve gotten to know two teachers who’ve developed loyal followings, so we figure they’re doing something right. Dr. Paul Lam totally looks the part of a bona fide sage. Having survived infantile diphtheria in Vietnam and The Great Famine in China, Paul brings an extra depth to his teaching, which is also informed by his Australian medical degree. With the same slow-and-steady style he preaches for his Tai Chi practice, he has gathered a worldwide audience of millions; been recommended by the US Centers for Disease Control and Prevention; and endowed a non-profit foundation to spread the word. His videos are not slick. There are no lithe models. The locations are pretty basic. But for over 20 years, people keep coming back. If you’re looking for beautiful people doing dazzling things, look elsewhere. If you want to start a serious practice, Paul may be your guy.

Qi Gong is on the same branch of the family tree as Tai Chi, and has its own set of fans. Lee Holden brings a boy-next-door charm to his more-lavishly produced videos, which have been a staple on PBS stations around the country. Like Tai Chi, Qi Gong emphasizes gentle movements, though yoga practitioners will also be familiar with many of the poses. Good American that he is, Lee has created a short-form version of the practice in 7 Minutes of Magic.

There are, to be sure, many other worthy – and often slicker – places to learn the things Paul and Lee teach; but both men know what they’re doing and offer entry points to ancient, effective practices.

2 comments on “Youth Is Elasticity”