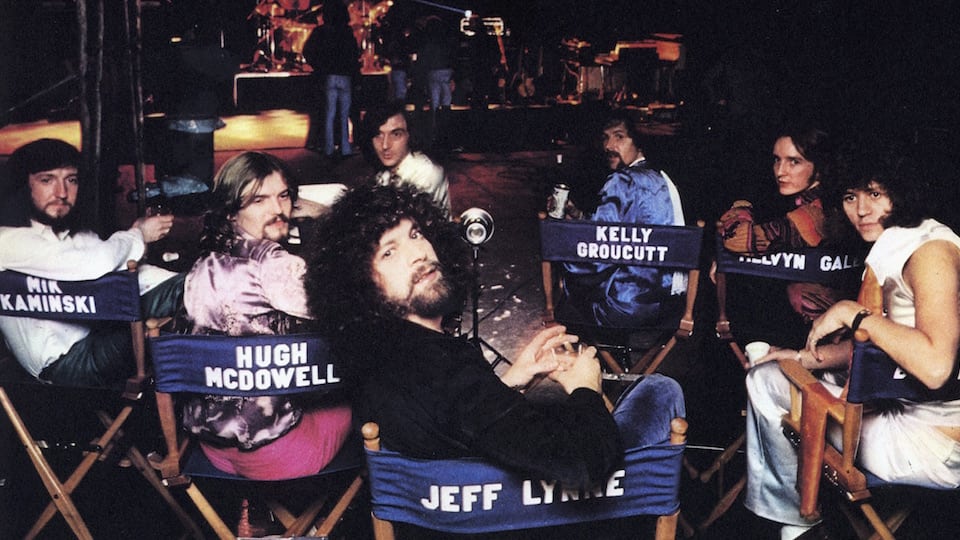 The Electric Light Orchestra — or ELO as they came to be known — was originally conceived as a side project for The Move’s Roy Wood and Jeff Lynne to work out their ideas of marrying rhythmic rock n’ roll to classical music. But Wood was soon gone and it became Lynne’s main focus. The collective churned out some of the most innovative and refreshing hit singles of the ‘70s and early ‘80s. Yet their albums (often bound by an overarching sci-fi concept) contained many great tracks alongside those soaring singles. Here are ten unheralded tunes from this beloved British band that you need to check out.  Note:  ELO will be out on tour this year, with Lynne at the helm.

The first ELO album, titled No Answer in the United States because of a miscommunication between the band and the record company, was split right down the middle between Lynne and Wood. The song most people know from this record is Lynne’s dark stunner “10538 Overture,” which has become a soundtrack staple. But this wistful closing ballad is Wood’s finest moment in his short-lived tenure in the band.

By the time the band recorded their second album, Wood had pretty much left the picture, leaving Lynne to handle songwriting, production, and conceptual chores. Others might have blanched at this burden, but Lynne thrived, proving his studio mastery on ELO 2’s lengthy song suites. The album featured his playful reimagining of Chuck Berry’s “Roll Over Beethoven,” which combined symphonic elements, a churning backbeat, and synthesizer embellishments. But just as effective was the 11-minute “Kuiama,” in which all of Lynne’s studio trickery enhances the somber tale of a war tragedy.

Lynne used Eldorado to display his musical abilities to his skeptical father, who had scoffed at his previous offerings. The concept album, about a nebbishy dreamer, helped break the band in the US thanks to the ballad “Can’t Get It Out of My Head.” But Lynne and the ever-changing pieces behind him (drummer Bev Bevan and keyboardist Richard Tandy were the most consistent members through the years) also succeeded with this soaring, synth-drenched slow song. It wrings real pathos out of the protagonist’s plight to escape insignificance.

By the time they reached 1976’s A New World Record, nothing could stop ELO. The hits came fast and furious, each one more ingenious than the next (“Telephone Line” and “Livin’ Thing” in particular). As sure as he was with the ballads, Lynne could also turn out an uplifting rocker when he set his mind to it. The peaks that this album-opening song hits are consistently heady. Note how seamlessly Lynne incorporates the ominous opening into the more ebullient main section.

The double-album Out of the Blue was the peak of ELO’s career; they would have excellent singles and solid albums thereafter, but they never did command public attention in quite the same way.  Boy, did they ever rise to the occasion on this album, which has the most could-have-been-hits of any of the band’s releases. If you had to pick just one as a standout, it would be this mid-tempo beauty with inventive call-and-response vocals and one of Lynne’s most potent choruses.

After years of letting their classical elements stand front and center, ELO became a bit more conventional as years passed.  Lynne cunningly realized that hopping on the disco train was the more commercial route. Yet he threw everything he had at the wall on this track from 1979’s Discovery that was a hit in the UK but not released as a US single. Fractured vocoders, wild orchestral swirls, falsetto voices from above, and “I Am the Walrus”-style choral vocals at the end all accompany the title character on his journey to contentment.

Say what you want about the movie Xanadu, but the music contributed by ELO (including the hit title track sung by Olivia Newton-John), was effortlessly fun. Lynne being Lynne, he also found room for a tortured love-gone-wrong ballad. His fascination with Roy Orbison’s weepers would later come in handy when both men were in the Traveling Wilburys. Here he indulges that urge with the kind of slow song that Orbison mastered back in the day.

Time featured Lynne and company returning to concept territory, even as it pushed against the commercial grain. They even managed to incorporate an irresistible rockabilly hit (“Hold on Tight”). Nobody is better at adorning relatively simple balladic structures with recording stardust than Lynne, but it always helps that he has touching melodies like this one as a foundation. You don’t need to identify completely with the star-crossed protagonist to get swept up in the emotion.

By Balance of Power, the group was operating with just its core trio of Lynne, Bevan, and Tandy. It was a stripped-down affair with some great singles (“Calling America”, “So Serious”) that didn’t make the same chart impact as others in the band’s catalog. Lynne also filled out the album with some fine material, including this synth-laden, moody number about someone trying to reconnect with a former friend. It’s typically free of flab and sneakily affecting.

Lynne resurrected the ELO name a few years ago as a largely solo project. Wise move: His excellent 1990 album Armchair Theatre went largely unnoticed, despite being released in the midst of the Wilburys phenomenon. Perhaps fans didn’t recognize him without the spaceship? No matter. On this beauty, he combines two of his favorite themes: lost love and sci-fi wanderings. It’s a restrained production, with plenty of open spaces to signify the narrator’s profound loneliness. And it proves Lynne hasn’t lost his touch one bit.