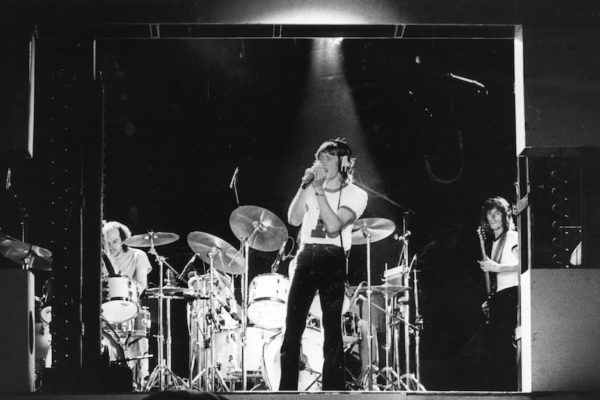 Casual Pink Floyd fans might only know the band from the cherry-picked selections from Dark Side of the Moon, Wish You Were Here, and The Wall that have been ubiquitous on rock radio. But this was a band whose career contained several fascinating phases: the early Syd Barrett years, the experimental period between Barrett’s departure and Dark Side of the Moon, and even the post-Roger Waters era when David Gilmour took control of the band. As a result, there is far more to the Floyd than what you might have heard, as demonstrated by these ten excellent (but unheralded) cuts.

1. “Lucifer Sam” (1967)
It’s an interesting hypothetical to wonder what Pink Floyd’s career trajectory might have been had Syd Barrett been able to hold it together for more than just a single album. Maybe the conceptual leanings of Roger Waters would have been backgrounded in favor of  Barrett’s idiosyncratically brilliant and somewhat sinister-sounding pop absurdities, like this ode to a Siamese cat.  It makes for one of the highlights of the band’s striking 1967 debut, The Piper at the Gates of Dawn.

2. “Set The Controls For The Heart Of The Sun” (1968)
A combination of mental illness and drug abuse made Barrett a liability to the band, which, considering he was the lead singer, guitarist, and songwriter, could easily have sunk them. But the three remaining members replaced him with David Gilmour, which proved to be an excellent choice. Interestingly enough, both Gilmour and Barrett play on this track but are largely secondary to Rick Wright’s eerie keyboards and Waters’ barely audible (but strangely compelling) sci-fi musings.

3. “Fearless” (1971)
After some fits and starts with concept albums and movie soundtracks, Pink Floyd found much firmer footing on Meddle in 1971. Many know this album for the popular instrumental “One of These Days,” but the band was also starting to meld Waters’ improving lyrics to their ambient soundscapes. Gilmour’s guitar takes this track, which otherwise would have been a gentle folk song, somewhere into the ether, while Waters’ words yield misgivings about being in the spotlight: “Fearlessly, the idiot faced the crowd.”

4. “Echoes” (1971)
The stepping stone to Dark Side of the Moon is undoubtedly this majestic closing track from Meddle. Each of the four band members helped to compose it, and it stretches out over 23 minutes. Some of the jammy stuff in the middle gets a bit dodgy but the main section — with Gilmour hitting those breathtaking lead guitar peaks, Wright’s keyboards bathing it all in a hallucinogenic glow, and the thrilling surge into the chorus — is unassailable.

5. “Free Four” (1972)
1972’s Obscured by Clouds was essentially a soundtrack project rather than a proper album, but it did contain this winning single. It’s a bit of an oddity, a kind of “back porch jam,” complete with handclaps, contrasted by the blast of sound that punctuates each line. Yet it’s one of the band’s catchiest tunes, balanced by Waters’ sharp lyrics about topics he would soon explore much more thoroughly: time’s inexorable march, the wartime death of his father, and the machinery of rock and roll.

6. “Pigs (Three Different Ones)” (1977)
Animals is a largely forgotten album in Pink Floyd’s lore, in large part because of all of the mammoth LPs that came before and after. Nonetheless, there is some pretty tough rock n’ roll to be found throughout, highlighted by this grinder. Waters and drummer Nick Mason settle into a subtly funky groove while Gilmour comes in from all angles with his guitars, even getting a little vocoder in. Plus, you can sing along to Waters’ stinging chorus: “Ha ha, charade, you are.”

7. “Nobody Home” (1979)
Over the years, this has become a staple of Waters’ solo live performances, and it belongs on this list because it gets precious little exposure on radio. The Wall can be strident at times, but “Nobody Home” provides some needed tender moments. Producer Bob Ezrin plays some soulful piano, while Waters bemoans how all of the distractions of modern life can’t quite make up for the absence of the one he loves. One of the band’s finest out-and-out ballads.

8. “When the Tigers Broke Free” (1982)
For many years, this was a song that most Floyd fans couldn’t get their hands on. Waters wrote it to be included in the film version of The Wall, and it finally started showing up on compilations and reissues many years later. The song is a stirring account of the World War II incident that claimed the life of Waters’ father. By using the specifics and details of both his childhood memories and the soldiers’ experiences at Anzio, Waters makes one of his most potent anti-war statements.

9. “The Gunner’s Dream” (1983)
The Final Cut has many detractors and some defenders (the humble writer of this column counts himself in the latter group), but there is no doubting that this 1983 album often felt like a Roger Waters solo project. Perhaps that’s why this song stands out; yes, Waters takes center stage with another moving tale of a soldier meeting his fate. But, unlike other tracks on the album, this feels less like a diatribe and more like a song, with lovely orchestration by Michael Kamen and some impassioned saxophone work from Raphael Ravenscroft.

10. “Take It Back” (1994)
If nothing else, the two albums released by Pink Floyd in the absence of Roger Waters were always musically strong. On this track from The Division Bell, the band settles into a solid mid-tempo groove while devising a strong melody and a chorus that soars. As always, Gilmour’s guitar-playing is as exemplary, but the song is also a showcase for his lead vocals, tough and tender all at once. “Take It Back” was released as a single in an era when such things didn’t make an impact like they once did. As such, it feels ripe for rediscovery.

PS. And don’t forget to check out the 10 best Radiohead songs you may have overlooked.  As well as 10 songs from Warren Zevon that deserve some love.