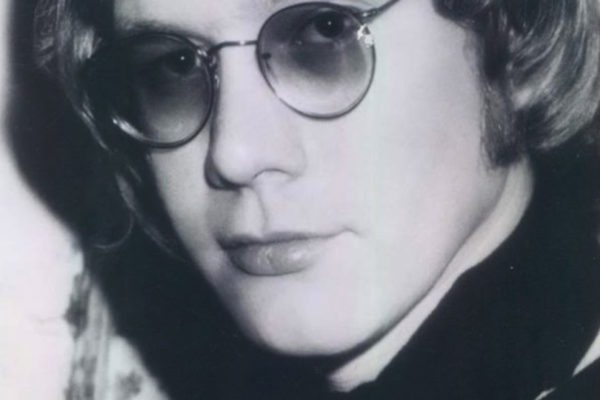 Of all the great artists to come out of the West Coast scene in the late ‘60s and ‘70s, Warren Zevon may have been the most versatile. He could melt your heart with a love song, rock convincingly and acerbically, and pretty much handle everything in between — with ease. Most impressive of all was the way that his songwriting could incorporate his famously hard-living ways into tunes that were funny, sad, topical, and even morbid, yet always original and relatable. His catalog took many intriguing twists and turns following his late 70s peak, leaving room for many hidden gems just waiting to be found by casual fans.

It wasn’t quite his debut album — 1969’s largely forgotten Wanted Dead or Alive holds that distinction — but Zevon’s self-titled LP in 1976 is the one that cemented his reputation as an unparalleled chronicler of West Coast beauty and excess. This closing track sums it all up: A drunken wretch waits for his bill to come due and for the whole state to sink, only to be redeemed by a stirring string arrangement and some of the finest voices within a stone’s throw; Carl Wilson, JD Souther and Jackson Browne all join in the ironic refrain of “Look away down Gower Avenue.”

Zevon was never shy about availing himself of the finest talent on the West Coast rock scene, and they seemed to love working with him. Browne collaborated with him often, co-producing his first couple albums and even co-writing this perfectly-pitched character sketch about a girl headed to womanhood. The narrator essentially offers sobering advice to the girl’s saddened parents that, while she may return, she’ll never really come home again.

Zevon found a kindred songwriting spirit in Bruce Springsteen on this ringing rocker from Bad Luck Streak in Dancing School. The girl’s name in the title and the theme of lovers on the run sound like The Boss, but the darker twists and turns in the song seem more like the creation of Zevon. Regardless of what the division of labor might have been, this song is so fine one wishes the two hadn’t waited till Zevon’s final album to come together again.

Zevon took a five-year recording hiatus from 1982 to 1987, which, in the midst of a decade where many ‘70s stars seemed at sea, might have been a wise career move. When he returned with Sentimental Hygiene, he seemed re-energized. He invites a boatload of guest stars to this crystalline rocker, with Souther as co-writer, Don Henley on backing vocals, and Brian Setzer on guitar. But the sensibility is pure Zevon, beset on all sides by rough circumstances and his own bad reputation.

The overbearing synths and the overdone concept hampered 1989’s Transverse City somewhat, but individual songs rose to the fore nonetheless. Mike Campbell’s guitar and Mark Isham’s horn add just the right touches to this country-tinged weeper. Zevon always had a knack for writing songs about how love is practically an impossibility considering how individually screwed up people tend to be, and this beauty sits near the top of that distinguished list.

With its psychedelic touches, this song from Mr. Bad Example really doesn’t sound like much else in the Zevon catalog. The song details the far-flung exploits of a globetrotting actress and the sad sap at home forever waiting for her return. You can sense the guy’s admiration for her, even as he concedes that she’s tearing him apart. Zevon gives one his most touching vocal performances on this one, which is likely known by only his most ardent fans.

On the album Life’ll Kill Ya, Zevon began meditating on the ramifications of human beings knowing that their demise is inevitable, two years before he was diagnosed with the disease that would claim his own life. The closing track leaves all the false bravado and sneering behind, instead making a gentle acoustic plea for tenderness between loved ones while there’s still time to partake in such endeavors. Try not tearing up at this one.

Zevon’s death came at a time when he seemed to be once again hitting his artistic stride, an irony he likely savored. My Ride’s Here is an album where he used a wide variety of co-writers to help bring his vision to life. The elegiac title track enjoys some Dylanesque fun by playing with the mythic qualities of historical figures ranging from John Keats to Charlton Heston. Zevon sings the tripping lyrics, written with Paul Muldoon, with a beguiling mixture of wistfulness and wisecracking.

The Wind, Zevon’s final album which was recorded while he faced down a terminal illness and released just weeks before his death, features many meditations on his fate along with some touching farewells. But it also left us with one more song of interrupted love, as the narrator locates enough nobility amidst his heartbreak to set free a girl who’s better off without him. Old buddies Don Henley and Timothy Schmit provide comforting backing vocals, but it’s Zevon, wounded and vulnerable, who steals your heart.

The end of this list takes us back to the start of Zevon’s career with a song from his debut album. He overdid the arrangement on that studio take, but the version unearthed on the 2006 release Preludes: Rare And Unreleased Recordings, is gorgeous. Here he is, for one of the first times, singing about the frustration and futility of longing hearts undone by stubborn heads. It’s just him and the piano, and, with a performer this charismatic, that’s all you need to be sufficiently mesmerized.

PS. He influenced Zevon — here are our 10 best Springsteen songs you may have never heard.  And our tribute to Tom Petty, another artist we lost too soon.