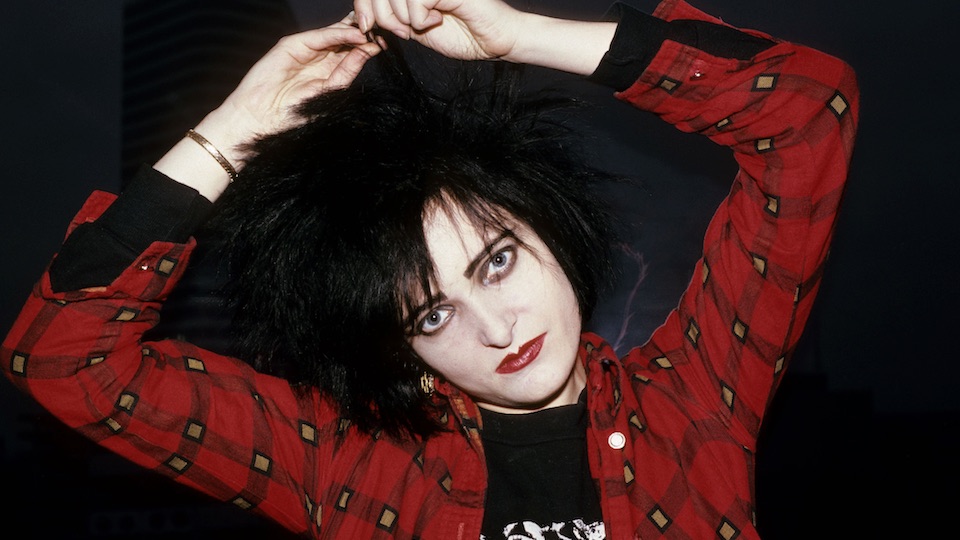 Formed in the cauldron of early UK punk (Siouxsie Sioux was a member of The Bromley Contingent, the group of eccentric early Sex Pistols fans and Simon John Ritchie, a.k.a Sid Vicous, was the Banshees’ first drummer), Siouxsie and The Banshees went on to shape the course of post-punk and goth—influencing contemporaries like The Cure, U2, Echo and The Bunnymen, The Smiths and later bands like Yeah, Yeah, Yeahs, Savages, and The Soft Moon. What follows is ten of my personal favs (in no particular order). Hopefully, these songs will inspire deeper dives into a catalogue that offers many other gems.

Related: “Shreikback Is All About XTC’s Other Great Songwriter”

When a guitar legend (Johnny Marr from The Smiths) cites your playing as an influence you must be doing something right. Banshees’ guitarist John McGeoch delivers a masterclass in technique and tone on “Spellbound” from 1981’s Juju. McGeoch’s pointillist arpeggios and relentless strumming helped give this song the exhilarating and delirious effect of a whirling Dervish.

This May 1980 single was inspired by an American woman born decades before named Christine “Chris” Costner-Sizemore, who was diagnosed with dissociative identity disorder at a young age after witnessing two deaths and a horrible accident. Bassist Steven Severin first discovered the strange case in a 1977 article in Observer magazine, inspiring him to write the impressionistic lyrics that reference two of Christine’s identities—the Strawberry Girl and the Banana Split Lady.

With lines like “Slanted eyes greet the bright sunrise, a race of bodies small in size…” the Banshees’ first single met with accusations of racism in the contemporary British music press. No doubt Siouxsie’s predilection for wearing swastika armbands at the earliest Banshees’ shows didn’t help matters. But the singer later explained that she wrote the 1978 hit about visiting her local Chinese takeaway in southeast London as a teen and “being really upset by the local skinheads who gave the staff such a hard time.”

The lead single from the band’s seventh LP Tinderbox (1986) wasn’t their first to enter the US Dance/Disco chart (1980’s “Israel” made it to Number 87) and it wouldn’t be their last (“Kiss Them For Me” and “Peek-a-Boo” climbed even higher a few years later). With its post-funk guitar slashes and compelling electro beat, it’s easy to see why “Cities In Dust” appealed to 80s dance floor denizens and why it still appeals to TV and movie music supervisors today (the song appeared in Grosse Pointe Blank and a 2014 Game of Thrones trailer).

Released in 1980 as the first single from the band’s third album, Kaleidoscope, “Happy House” marked a change in the band’s sound. Budgie’s (previously of the Slits) roiling toms and cut-time snare added focus and flair alongside Severin’s bass in the rhythm section, and John McGeoch’s (late of Magazine) distinctive guitar tone provided the perfect foil for Siouxsie’s keening vocal.

“Stargazer” proved the band could still produce catchy and compelling songs nearly 20 years on and just a year before their split, but the John Cale-produced swan song from which it came—The Rapture—failed to live up to its name.

The second single (and second song from this list) from 1981’s excellent Juju “Arabian Knights” is a band at the height of its powers producing a song that easily influenced at least three genres: post-punk, goth and New Romantic. Check out “Monitor” from the same album for another example of their raw, relentless and revelatory power.

Kiss Them For Me

Even in their earlier post-punk and goth incarnations, Siouxsie and The Banshees never failed to deliver catchy pop songs (see earlier entries like “Hong Kong Garden” and “Christine”). But 1991’s “Kiss Them For Me” was about as poppy as they got, helped along by Stephen Hague’s (Pet Shop Boys, OMD, Erasure) production sheen, an infectious melody, and ready-made dance floor beat.

From the sonically adventurous Peepshow LP “Peek-A-Boo” sounded like what Betty Boop might perform if she suddenly found herself fronting an alien gypsy zydeco band rather than as an early 1930s flapper. The eccentric yet danceable sound resonated with fans and scored the Banshees a Number One on the Billboard Alternative Chart in 1988. “Killing Jar” and “Scarecrow” are also Peepshow standouts.

The Banshees recorded an entire album of covers that included an excellent version of Iggy Pop’s “The Passenger” and The Doors’ “You’re Lost, Little Girl.” But it was their darkly shimmering take on “Dear Prudence”—from Siouxsie’s favorite Beatles record the White Album—that provided their biggest UK hit to date (the song went to Number 3 in 1983). Their cover is so indelible that many believe it to be a Banshees original!

0 comments on “10 Great Songs From Siouxsie and The Banshees”