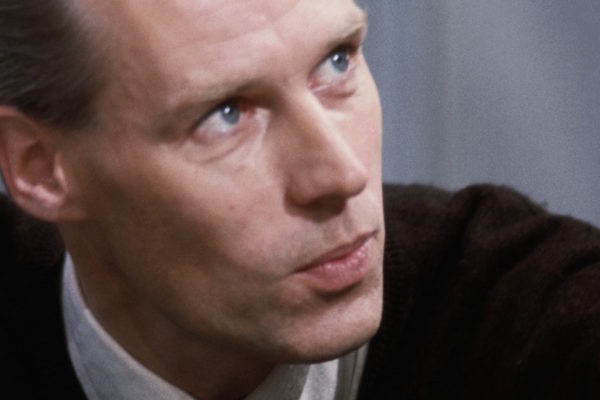 On Monday, Feb. 11, 1963, the Beatles notched one of the most remarkable instances of their legendary story when they completed the tracks for their inaugural album, Please Please Me, in just under 10 hours. But an early, pioneering moment in their illustrious career occurred just over a week later when George Martin carried out the post-production work associated with that LP. In so doing, he set into motion a collaboration between producer and artist that would result in new frontiers of recording artistry.

It was Wed., Feb. 20, when Martin took up his familiar place behind the recording desk. With Geoff Emerick in tow and Stuart Eltham, Martin’s longtime partner on Parlophone’s highly successful comedy records, acting as balance engineer, he set to work on overdubbing additional instrumentation to the Beatles’ “Misery” and “Baby It’s You.” These overdubbing sessions, also known as “superimpositions” or “SIs”, were fairly limited in the era of twin-track recording, given that any additional recording forced A&R men to “bounce” additional mixes in order to create new recording space for enhancements. In so doing, as each additional “bounce” accrued, the potential for generational loss increased. Contending with the limitations of twin-track recording had proven to be a long-running source of irritation for Martin, who felt that the studio practice of restricting four-track technology to classical recordings was short-sighted. It was an issue that he would return to, over and over again, with the studio brass over on Hayes Street. But for the time being, he would have to make do.

“I found with the Beatles,” said Martin, “that if I recorded all the rhythm on one track and all the voices on the other, I needn’t worry about losing the voices even if I recorded them at the same time. I could concentrate on getting a really loud rhythm sound, knowing that I could always bring it up or down afterwards to make sure the voices were coming through.”

For Emerick, watching Martin work turned out to be a revelation. The not-so-old A&R man had learned a trick or two over the years, and one of his favorite techniques involved varispeed recording. As Emerick later recalled, “That session was my first exposure to George Martin’s signature ‘wound-up’ piano—piano recorded at half speed, in unison with guitar, but played an octave lower. The combination produced a kind of magical sound, and it was an insight into a new way of recording—the creation of new tones by combining instruments, and by playing them with the tape sped up or slowed down. George Martin had developed that sound years before I met him, and he used it on a lot of his records.”

As Emerick and Eltham observed from the control booth in Number 1, Martin worked to enhance George Harrison’s opening guitar chord on “Misery” by layering it with his own efforts at the studio’s grand piano. Recording at half-speed posed a particular challenge for him, though, as he was forced to synchronize his own playing, which was recorded at half-speed, with the original recording. As Emerick noted, “Overdubbing a half-speed piano is not the easiest thing to do, either, because when you’re monitoring at half speed, it’s hard to keep the rhythm steady. There certainly were more than a few expletives coming from George as he struggled to get the timing down while overdubbing onto the song ‘Misery,’ on both the spread chord that opens the song and on the little arpeggios and chord stabs that are played throughout.”

As the opening strains of “Misery” reveal, Martin’s piano work adds an attention-grabbing layer of sound, with the producer’s notes bristling with the noise of the tiny hammers striking the piano strings as they are being recorded at half-speed. To Martin’s ears, the resulting effect sounded like the music emanating from the wind-up music boxes of yore. With work on “Misery” complete, Martin turned to “Baby It’s You,” for which he added a celeste part. As with “Misery,” he hoped to create new blended sounds on “Baby It’s You” by doubling Harrison’s existing guitar part using the bell-like keyboard instrument.

“Again, he was trying to get a new tone by blending the two instruments together—and, again, nobody had ever heard a sound like that before,” Emerick recalled. “Later on, he also tried adding some normal-speed piano to the song, but decided it wasn’t necessary, so only the celeste made it to the record.”

In this small way, Martin first introduced the notion of recording artistry onto a Beatles record. But the producer’s work on Please Please Me would portend much larger possibilities for the band, which was only just emerging from its infancy in the studio. Way back in February 1963, the coming artistic heights of Revolver, Sgt. Pepper’s Lonely Hearts Club Band, and Abbey Road were hardly even a glint in their eyes.

4 comments on “Everything Fab Four: Inventing Recording Artistry with George Martin and the Beatles”