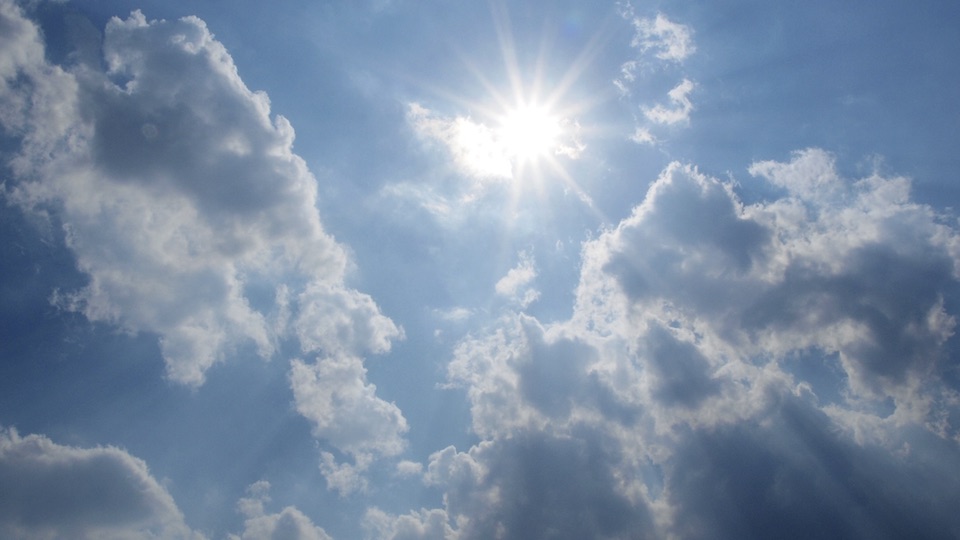 No question about, all of us are stressing out these days. However, music is a Universal cure for a bad mood or a tough time. Consider these six great songs a “musical prescription” to get you through. Repeat as needed…

“Sun is shinin’ in the sky. There ain’t a cloud in sight. It’s stopped rainin’ everybody’s in the play. And don’t you know, It’s a beautiful new day, hey hey.” It’s almost as if Jeff Lynne wrote Mr. Blue Sky for people to listen to through earbuds while blissfully strolling through the streets, their end-of-day stresses temporarily melting away. Jeff Lynne wrote this sunny 1978 classic, (which would’ve felt right at home on the Beatles’ Sgt. Pepper album), after two weeks of dark-and-cloudy weather turned into an extended period of sunny days. When the angelic choir kicks in, you may feel a sense of calm, even if you’re driving through a storm.

“(Nothing but) Flowers”- Talking Heads

The opening of Talking Heads’ “(Nothing but) Flowers” will have your shoulders shaking along to the beat in your seat before the wonderfully ironic lyrics get you in the groove. “I miss the honky-tonks, Dairy Queens and 7-Elevens. You’ve got it. You’ve got it.” Hey, living amongst the waterfalls, birds, and trees may be going back to nature, but when you give up the comforts of life for paradise, well, that can get tiresome. David Byrne’s soulful voice and slyly brilliant lyrics mixed with Johnny Marr’s upbeat, calypso-inspired guitar licks make this song one you can’t help but dance to.

“Some people say the sky is just the sky, but I say why deny the obvious child? Why deny the obvious child?” Paul Simon’s song “Obvious Child” off the 1990 Rhythm of the Saints album beautifully merges his poetic lyrics with the exuberant beats of the Brazilian drumming collective Olodum. Simon recorded the drumming tracks live on the streets of Pelourinho Square, in Salvadore, Brazil, and you don’t need to see the video to feel like you are experiencing the song being performed live right in front of you.

The lyrics may tell a tale of an everyman reflecting on his life, but the song has an extraordinary vibe that washes over you and makes the listener feel alive. Nearly 50-years old when he recorded “Obvious Child”, Simon was far from a “dog who had lost its bite.” The song grabs you from its first furious beat. When the second drum solo kicks in at the 3:10 mark, you can’t help but be uplifted out of the doldrums of the day and swept up in the rhythm of the percussion beats.

Related: “The Carter Family: Their Influence Continues ‘Across Generations'”

“I know when to go out. I know when to stay in.” David Bowie lived a fabulous life, but even he likely stayed inside occasionally with the  end-of day blahs. Adding Bowie’s new-wave era classic “Modern Love” to any playlist will have you falling in love with David Bowie all over again. The opening funky beat to the song will have you bopping your head along and before you know it, you’ll be singing (or at least mouthing along with) the “Church on time!” chorus.

Nobody sang quite like Amy Winehouse. Her soulful voice transcended genres and she was a breath of fresh air to the music industry when she exploded on to the pop music scene with the song “Rehab” and the Back to Black album. Unlike the heartbreaking beauty of some of her jazz covers, her version of “Monkey Man,” originally recorded by the 60’s ska band Toots and the Maytals is infectiously upbeat and everything you want in a ska song. “Aye aye aye, aye aye aye. huggin’ up the big monkey man.” You don’t have to know what “huggin’ up the big monkey man” means to feel the joy in Winehouse’s voice as she makes this ska classic her own.

“When U Were Mine”- Prince

In a way, every Prince song is a feel-good song, because if Prince wrote and performed it, you’re going to feel good listening to it. Prince has written so many songs that were made famous by other artists, but when you hear him performing them live again, it’s tough to think of anyone else’s version. A perfect example is his live performance of “When You Were Mine,” which was originally on his 1980 album Dirty Mind and later covered by Cindy Lauper. Prince dusted this song off from his catalog in 2002, and made it his own again, on the live album One Night Alone…Live.

This performance has everything you want in a Prince song. He brings the funk, the voice, the Princeitude, and oh yeah, he reminds you of how much of a kick-ass guitarist he is. Prince and the New Power Generation light up the room with their energy and his enthusiasm for a good time may just save you from the seasonal blues (or purples). Kicking off the song, Prince dares the crowd to “sit out on this one,” and I dare you to just listen to this once.