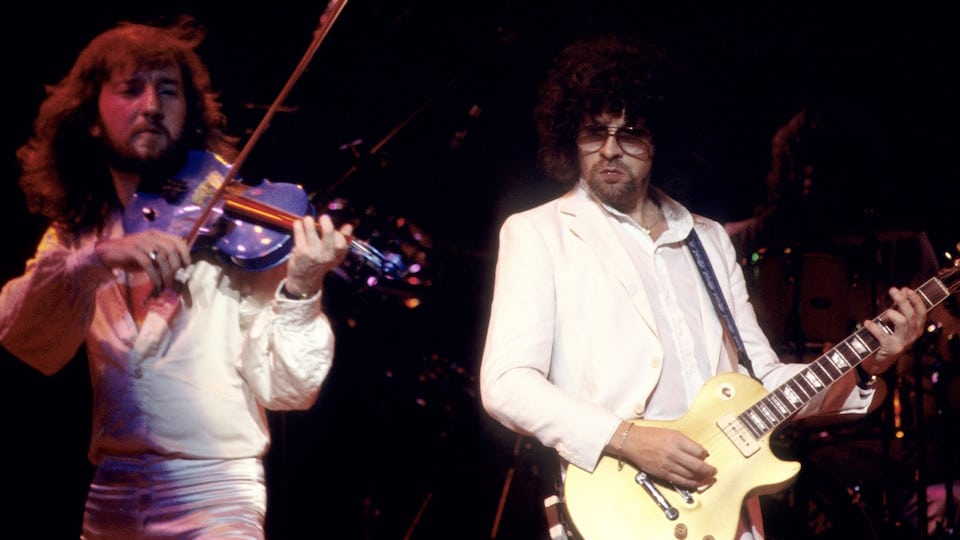 Electric Light Orchestra had great success throughout the 1970s with their orchestral rock sound. Founded by Jeff Lynne, Roy Wood, and Bev Bevan, the band spun off from their previous group, The Move. Wood departed ELO after their first album, and Lynne took center stage, steering the band through the 1970s, notching hits with songs like “Evil Woman” and “Turn To Stone.” In 1979, the group released Discovery, an album that altered the band’s strings-rich arrangements to include an injection of disco rhythms. This trend continued the following year when ELO recorded music for the soundtrack to the Olivia Newton-John film, Xanadu. Although the band was still having chart success, the change in their signature sound alienated some of the group’s loyal fans. For ELO’s next release, Lynne took things in yet another direction and created a science-fiction tale entitled Time. The 1981 disc was the group’s first full-on concept album since 1974’s Eldorado.

The story concerns a man from the 1980s transported into the then-distant year of 2095. In songs like the pulsating “Twilight,” the main character (and the listener) are taken on a journey to a future world where mankind’s made tremendous scientific advances but has become overly dependent on technology. The hero may have been transported to a future filled with wonders, but he just wants to get home and go back to his simple life (and reunite with his true love) in the past. On the lyrics for “Ticket To The Moon,” the time traveler laments, “Remember the good old 1980’s when things were so uncomplicated?” Does Lynne’s idea sound uncannily familiar in the actual 21st century? He was going for 1980s retro before the decade was over. Lynne’s penchant for fusing futuristic sounds with classic rock styles reverberates throughout the album, on songs like the echo-driven “21st Century Man” and the shimmering “Rain Is Falling,” one of the strongest tracks on the disc.

Time’s musical palette combines the genres of rock, pop, and dance music. Despite backing away from the orchestral sheen of previous records, Lynne manages to craft an impressive array of aural vistas throughout the album, often using the synth-pop sound very much in vogue at the time of the album’s release. Songs like the techno-hued “Yours Truly, 2095” and the disco-laced “From The End Of The World” could easily have been spun on a club DJ’s turntable at the time, while the slower-paced “The Lights Go Down” offers some distinctly reggae-flavored bass. The lovely “The Way Life’s Meant To Be” wouldn’t sound out of place on a Traveling Wilburys disc; you can definitely hear Lynne channeling Roy Orbison on the song. There’s also the new wave-ish, synth-infused “Here Is The News,” which sounds like it could have fit comfortably between the Vapors “Turning Japanese” and Soft Cell’s “Tainted Love” on an MTV playlist.

The album’s biggest hit was the rockabilly-inspired “Hold On Tight.” It doesn’t quite fit in with the rest of the record, but it’s a fun song, and certainly, the one many people remember, thanks to its use in several commercials. There were also three tunes left off the album on its original pressing, which have been added as bonus tracks on current versions of the disc. They all evoke the classic ELO sound: the sprightly “Julie Don’t Live Here Anymore,” the reflective ballad “When Time Stood Still” and the rocking “The Bouncer.” Time is an enjoyable listen thanks to Lynne’s gift for crafting ear-worm worthy melodies, and the excellent musicianship of the band’s core lineup: Lynne on lead vocals and guitar, Richard Tandy on piano, Kelly Groucutt on bass, and Bev Bevan on drums and percussion. The album may be somewhat underrated in ELO’s overall catalog, but it’s certainly not a waste of your “time.” Pun intended.