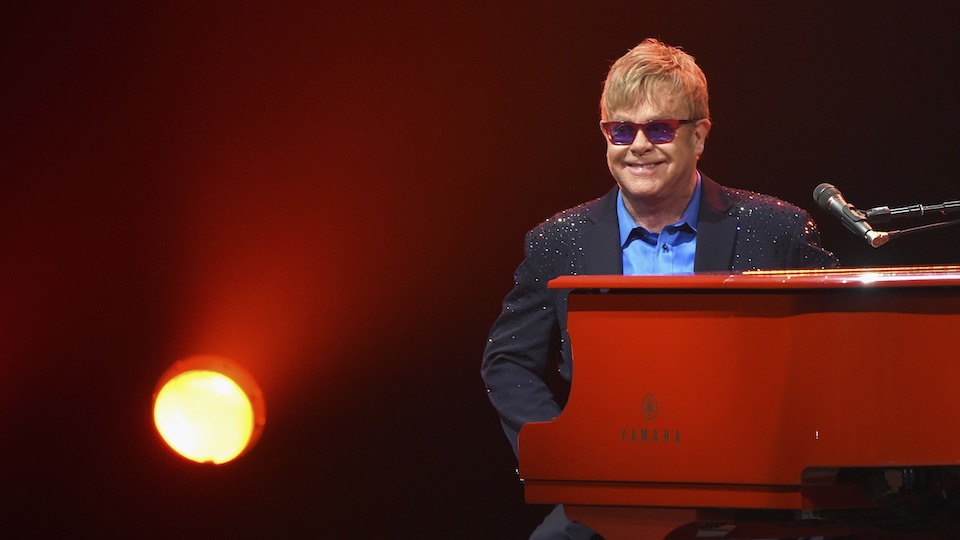 Christmas Day, 1973: unwrapping Elton John’s Goodbye Yellow Brick Road gave me a high that I only get these days from a combination of mashed potatoes, a shot of Patron and a Hostess cupcake (it’s an old family recipe. OK, so it’s my own. Sue me). I couldn’t wait to get past our traditional family breakfast, race up to my room and drop the needle on that cherished piece of new vinyl.

And then….the solemn opening notes to “Funeral For A Friend “ (the sound of the wind, those clanging bells….) For the next few hours, my bedroom door was shut and I was deep into the music, the liner notes, the artwork, and everything else that was absolutely overwhelming about this landmark album. I wasn’t alone: Rolling Stone ranks it at #91 on the “500 Greatest Albums of All Time.” The album has also been inducted into the Grammy Hall of Fame.

Related: “After Elton John Reached the Top, He Aimed Even Higher”

Goodbye Yellow Brick Road is also the backdrop for Elton John’s current “Farewell Yellow Brick Road” tour which kicked off in 2018 and is slated to run for a couple more years. Here are seven cool things about “GYBR.”

1) Considering how huge Elton was at this time, here’s a stat for you: at one point, he was responsible for 3 percent of ALL the records sold…across the entire planet. GYBR topped the charts for eight weeks and sold over 30 million copies.

3) “GYBR” features more than a few mentions of dogs in the lyrics. This was not an accident. Elton was dating a woman named “Linda” at the time – and the mentions of sniffing around on the ground, etc. were a reference to her own pooches.

4) The recording for the album began in Jamaica (partly because the Stones had recorded Goat’s Head Soup at the same place). However, a boxing match between Joe Frazier and George Foreman had created tensions in the area. So the crew moved back to a familiar recording facility in France where the album was completed.

5) Bernie Taupin wrote the lyrics for this double album in just two and a half weeks; it took Elton only three days to write the music.

6) Elton is the first solo rock artist to have a wax portrait done by Madame Tussaud. His came in 1976, unveiled in London; the Beatles (as a group) came before.

7) About “Candle In the Wind,” one of the most iconic tracks on the album (and one re-done for the 1997 funeral of Princess Diana), songwriter Bernie Taupin has said: “I wrote ‘Candle In The Wind’ about Marilyn Monroe, but she is absolutely not someone I admired a lot as a kid or anything. She was just a metaphor for fame and dying young, and people sort of overdoing the indulgence, and those that do die young. The song could have easily have been about Montgomery Clift or James Dean or even Jim Morrison…”

Personally, I loved the songs  “Love Lies Bleeding,” “Grey Seal” and “Your Sister Can’t Dance (But She Can Rock and Roll).” What are your fave tracks off of this amazing album?  (And if you’ve sniffed out any additional “fun facts” about the album, feel free to share ’em!)