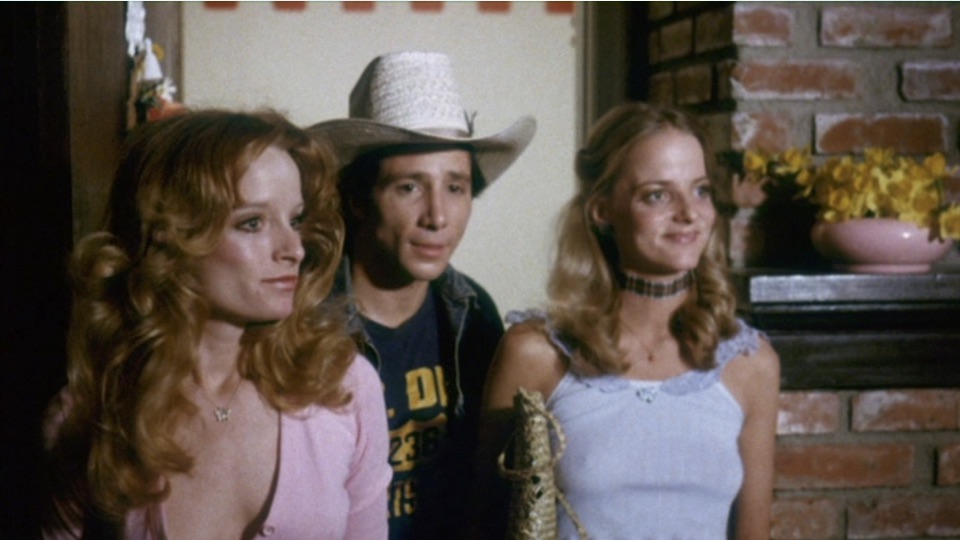 The measure of a decade can be taken by the legacy of “cult movies” that it leaves behind. Movies that achieve cult status are those that, over time, get under our collective skins. The zeitgeist determines that more than the most sophisticated marketing. These movies live on longer than anticipated because they evoke a particular time and place. Below is a list of worthy cult viewing from the 1970s. [Yes, The Rocky Horror Picture Show is not on this list, despite its legitimate cred as possibly the cult flick of the decade. We applaud it but want to expand the field a little bit. Try some of these.]

Pure suspense, pure blood pressure-increasing agita. Duel is the debut of master filmmaker Steven Spielberg. Stoic Everyman David Mann (played with relatable empathy by Dennis Weaver) is driving his Plymouth on some dreary California roads for a sales trip when he cuts off a battered old truck (and its outraged, faceless driver) in pursuit of his mission. The enraged driver then makes it his mission to torment Mann. Despite some short, character-enhancing scenes between Mann and his wife and kids over a payphone, there’s no doubt that the principals here are Mann, the antagonist trucker and the desolate stretch of road that becomes their battleground. Spielberg’s direction is taut and suspenseful, setting a memorable tone for psychological thrillers for years to come. It’s superb in its frightening simplicity.

Impossible to imagine this movie getting past the marketers today. Despite Roger Ebert and Pauline Kael panning it upon its release, it’s evolved into a beloved piece of cinema. Hal Ashby directed this utter quirk fest about a troubled young man (Bud Cort) who stages faux suicides, to the irritation of his wealthy mother. Then he meets an elderly woman (Ruth Gordon) who has suggested tragedy in her past but joyously embraces the cycle of life. Their unlikely friendship/romance becomes a metaphor for empathy and radical acceptance. Sure, it’s got moments of twisted humor, but it’s also a glorious movie that transcends its squirminess and leaves a message of unconditional love and the importance of being your truest self. Cat Stevens provides the pitch-perfect soundtrack.

Martin Scorsese’s first feature! The backdrop is the gritty underground of New York City mafia life. And one man’s painful attempt to serve his Catholic faith while also being part of his uncle’s loan-sharking crime world. “Charlie” is played with enormous power by Harvey Keitel. Robert De Niro nails it as “Johnny Boy,” an obnoxious outlier criminal and childhood friend. It’s a visual template of Scorsese’s subsequent films, with those hand-held cameras that provide such dynamism. It also provides themes of crime and punishment through its uncompromisingly tough, colorful “New Yawk” principals. Worth seeing for its fine performances and palpable excitement, it’s a time capsule of an era that barely exists anymore outside of cinema.

A bellwether example of “Blaxploitation,” very much of its time but memorable for its enormous energy. Written and directed by Jack Hill, it’s a showcase for movie goddess Pam Grier, who portrays a bad-ass broad with all kinds of fight in her, but with an interest in the greater good. Aptly described as “a whole lot of woman,” Foxy gets revenge for her boyfriend after he’s killed by drug syndicate thugs. She infiltrates their operation by posing as a prostitute and, in the process, saves innocent lives while mercilessly raining vengeance on the villains. It’s earned its cult status and remains a great action flick.

A messy indie comedy helmed by Ken Shapiro, with early star turns by Chevy Chase and Richard Belzer. Made on a $200,000 budget, The Groove Tube is a compilation of counterculture satirical sketches, many of which push the “R”-rating to its very edges. Some jokes hit the mark, some fall flat, but it’s a must-see for people who embrace vintage anti-establishment humor. The parodies include a spoof of Yellow Pages commercials featuring hand coitus, naked hitchhiker betrayal and lots of scatology. The later Kentucky Fried Movie was a slicker version, but this flick earns cult points for its risk-taking.

David Bowie’s icy portrayal of an extraterrestrial (“Thomas Newton”) who arrives on Earth in quest of water to ship to his drought-riddled home planet, went a long way in cementing his otherworldly vibe. Though alienated in every sense, Newton’s technical skills allow him to make his way on Earth as the head of a tech conglomerate. He hooks up with a woman (Candy Clark) who introduces him to earthly vices and pleasures. Directed by Nicolas Roeg, it’s respected for its head games, dreamy tone, and painful humanity. Bowie acknowledged that his drug use at the time gibed with the glazed detachment he radiates from the screen. Rip Torn and Buck Henry are fine additions to the cast.

A B-movie exploitation film that made no effort to be anything else, but it achieved cult status. Why? Mainly the female leads, who are beautiful, tough, sexually free women, rich in confidence and street smarts although they lack in education. Claudia Jennings plays “Candy Morgan”, a prison-breaker who robs a bank to make her way back into the world. The teller she approaches (“Ellie-Jo Turner” radiantly played by Jocelyn Jones) is not meant for the corporate world, so she teams up with this unlikely mentor. They become a worthy proto-“Thelma and Louise.” A hit at the drive-ins upon its release, Jennings and Jones bring plenty of erotic devilry and gritty heroism. There’s humor and genuine suspense, and it remains a pleasure that shouldn’t require any guilt at all.

8 comments on “7 Super-Watchable Cult Films from the ’70s”