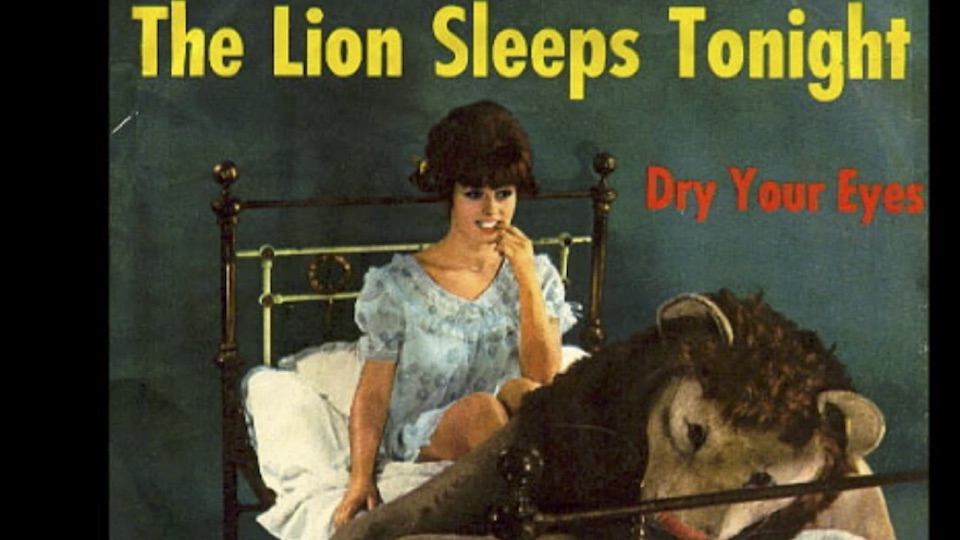 A few years ago, on a virtual movie set on a securely locked server owned by one of the world’s largest corporations, a cartoon warthog and meerkat padded down a forest path and sang a song they both knew. “Wimoweh, a-wimoweh,” went the warthog’s bass part, a word meaningless in the Kenyan Serengeti, where the movie was set, and meaningless on the South African coast, where the song itself originated. The melody’s 80-year journey from a Johannesburg recording studio in 1939 to Disney’s virtual reality Lion King remake is one about as convoluted as a song could take over the past century, from a piece of improvisation to multi-million dollar trans-continental legal actions.

There are a number of ways to tell the story of how a song called “Mbube” became the ubiquitous “The Lion Sleeps Tonight.” A recent Netflix documentary, The Lion’s Share, focuses on the legal side — the struggle of songwriter Solomon Linda’s family to reclaim the song’s lost royalties. It illustrates the story with great nuance, an archetypal tale of white publishers exploiting black musicians, of the Global North abusing the Global South. But while Solomon Linda’s family were clearly wronged in the process and deserve money for his songwriting, the reduction of “Mbube”/“Wimoweh”/“The Lion Sleeps Tonight” to its lawsuits also takes some of the magic out of the song itself.

In 1939, Solomon Linda and His Original Evening Birds performed three takes of the song called “Mbube,” the second of which became Gallotone’s subsequent 78 rpm release. Near the end of the second take, as the group chanted the title, Linda improvised a wordless vocal melody. It is irregular and halting, but instantly familiar. Still, one would be hard-pressed to hear “The Lion Sleeps Tonight” in “Mbube.” The first part of that transformation was created by Pete Seeger, who heard the single for the first time about a decade later, and codified it from an improvisation into a vocal melody that recognized the song’s harmonic logic while imbuing its structure with a slightly more regular shape. Seeger also somehow missed the fact that the title chant–“mbube”–was written right there on the record’s label, and instead chose to transliterate it into the hokum mid-century faux-African chant “wimoweh.” In one version of the story, Seeger wrote out the arrangement on cocktail napkins for his vocal quartet the Weavers during their stay at the Village Vanguard.

The Weavers are mentioned only once by name in The Lion’s Share, but it was their version that hit the American top 10 in 1952 and pushed the song towards its fate. Arranged by hit-making producer Gordon Jenkins–with Linda’s improvised melody rendered by a string section and foregrounded–it would be the Weavers’ last top 10 hit. Within months of its release, the socialist folk-singers fell to the blacklist, three of the four musicians called to testify before the House Un-American Activities Committee during the years that followed.

While the Weavers’ version may have built itself on a made-up non-word in place of the song’s actual title, it’s hardly a minstrel show performance, but one done with respect for the power of the original song. All of 90 seconds long when the Weavers performed it live, it features Seeger’s bandmates repeating the bowdlerized refrain while Seeger stands back and hollers Linda’s lead vocal like a mountain yodel from Venus. In concert during their final pre-blacklist year, despite swearing to his embattled bandmates and managers that he would make no political statements from the stage, Seeger would sometimes introduce “Wimoweh” with a call against apartheid — four years after apartheid was instated, and some 60 years before it would fall.

The song’s next evolution is disputed somewhat in The Lion’s Share, but it took place in 1962, when a New York vocal group called the Tokens recorded a new version with English words and scored a #1 hit. To my ears, this is the moment the song turns cheesy, from something shapeless and magical to something defined and kind of lame.

This is also a lesson of “Mbube”/“Wimoweh”/“The Lion Sleeps Tonight,” demonstrating the differences between melodies and lyrics and arrangements and performances, and how magic might reside in some shifting combination of these elements. Compare, as well, the Weavers’ version of “Wreck of the John B” with the Beach Boys’ 1965 hit (or, for that matter, the Cleveland Simmons Group’s 1935 version recorded in the Bahamas by Alan Lomax) and recognize just what it meant for the song to be arranged by the Beach Boys’ Brian Wilson.

It’s not enough to merely say that “The Lion Sleeps Tonight” ripped off Solomon Linda’s original song, which it did. It transformed it, too, with two additional sets of creators making significant changes to the original piece. Pete Seeger talked about “the folk process” frequently and with much earnest romanticism. (There’s a good excerpt of him doing so at the beginning of The Lion’s Share.) While “wimoweh” might have been nonsense as a word, it has now become synonymous with the folk process itself, and everything beautiful and grotesque about it. It’s a process that is still ongoing, and more vital and relevant than ever.

What happened to “Mbube” is, in part, an argument that broadens the definition of “the folk process” to acknowledge that lawyers and managers are folks, too, and not always ethical ones. More importantly, though, the whole sequence–and the fact that melody is still very much a living organism, still being sung–is a reminder that the folk process isn’t dead, and perhaps smells just as funny as it always did, designed to favor publishers over creators. “Folk songs” in the early 20th-century sense, songs that emerged from circulating ideas, are usually called “viral hits” these days, part of a broad meme economy that feeds directly into the mainstream. More than ever, the market seems built for it now, with YouTube and Soundcloud and other apparently creator-oriented technologies ready to help people monetize their works.

But whether these media platforms will help people protect their works in the long haul remains an open question. In “In the Jungle,” Rian Malan’s incredible 2000 Rolling Stone feature that uncovered the mystery of “Mbube” that inspired The Lion’s Share, Malan compared the American copyright industry’s treatment of folk songs to being “like a wild horse or a tract of virgin land on an unconquered continent.” The shock of the meme economy, where seemingly authorless mash-ups burst from private social media groups, is that there are still wild horses (like this mysterious new wave anthem), unconquered continents (like the exploding post-vaporwave meme-folk scene), and corporate overseers intentionally fudging the liners of authorship (such as the weaponized out-fakes recently uncovered on Spotify). It is virtually inevitable that TikTok’s new generation of micro-hits, such as the epoch-defining “Old Town Road,” will create even blurrier successors around the globe — and a new generation of sleeping lions.

1 comment on “The Lions That Sleep Tonight: How a Piece of South African Improvisation Went Global”