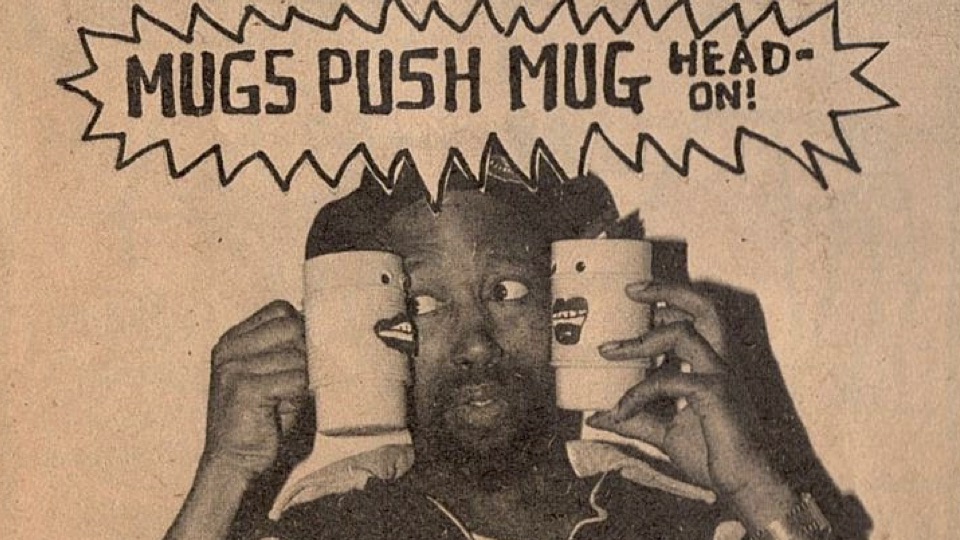 A celebrated album cover illustrator and virtual inventor of Funk surrealism, Funkadelic album cover illustrator Pedro Bell armed himself with an arsenal of felt-tip markers and a razor-sharp imagination that would make Rod Serling do a double-take. Constructing alternative universes featuring apocalyptic gangstas (who only steal what they can’t afford to buy), alien creatures pimping and hoeing with brazen audacity, while communicating the philosophy of Maggot Overlord George Clinton.

Pedro Bell passed away on August 27th in his hometown of Chicago, Illinois of an undisclosed illness (though he had been battling diabetes for a number of years). His groundbreaking artwork helped to shape the persona of P-Funk every bit as much as the music itself. His “Ghetto Metal” visual landscapes have graced the covers of every Funkadelic release from 1973 to 1981.

Pedro’s first assignment for Funkadelic was a concert ad for a gig at the University of Chicago’s Mandell Hall in 1972. Getting the green light on a bigger scale, Pedro (now called Sir Lleb, “Bell” spelled backward) created the cover for the 1973 Funkadelic release Cosmic Slop. A visually hypnotic cover that made many up and coming fans purchase the record before hearing the record.

Easily, Pedro’s most celebrated creation was the cover for Funkadelic’s 10th studio release, One Nation Under A Groove. The cover of One Nation was as righteous as Cosmic Slop was bizarre. Because the record sold over a million copies, Sir Lleb’s beautifully twisted vision of Funk Nationhood would reach a far larger audience than even he could envision.

Pedro’s free-wheeling concepts did not fail to generate their share of controversy. He would run into numerous conflicts with Funkadelic’s distribution label, Warner Bros. Records. who were never comfortable with Pedro’s seemingly convoluted artistic stroke, as well as George Clinton’s unorthodox business stroke. Pedro’s artwork would be confined to the inside gatefold and back cover of the follow-up album Uncle Jam Wants You!, due to interference from the WB.

The conflict between Clinton and WB reached the boiling point, on the last Funkadelic release, The Electric Spanking Of War Babies. Due to protests from women’s rights groups who targeted other musical acts for album covers deemed offensive to women (the original cover for The Rolling Stones’ Black and Blue album for example), Pedro was asked to censor the cover. A move that created serious tension between Clinton and Warner Bros., Funkadelic would sever ties with the label following this release.

Clinton’s launch of his “solo career” in 1982 would mean that the record-buying public would see more crazed creations by Bell. All four George Clinton albums released by Capitol Records would feature “scartoon” covers from Bell. He would also create the cover for another P-Funk spin-off act, Jimmy G and the Tackheads in 1985 as well as the Incorporated Thang Band in 1988. Pedro’s relationship with P-Funk would last all the way to the last Funkadelic release First Ya Gotta Shake The Gate in 2014.

Pedro Bell’s renegade artistic concepts take the idea of thinking outside the box to new extremes and have in turn influenced multiple generations of artists to create images without limits. While his output in recent years had diminished, his penchant for developing outlandish, mind-twisting visuals never wavered. His is a conceptual genius that we aren’t likely to see ever again. The Funkadelic Nation salutes Pedro Bell. Rest well, Sir Lleb. (June 11th,1950-August 27th, 2019)

1 comment on “Pedro Bell: “Free Your Mind and Watch Yo’ Ass Before All This Comes to Pass””