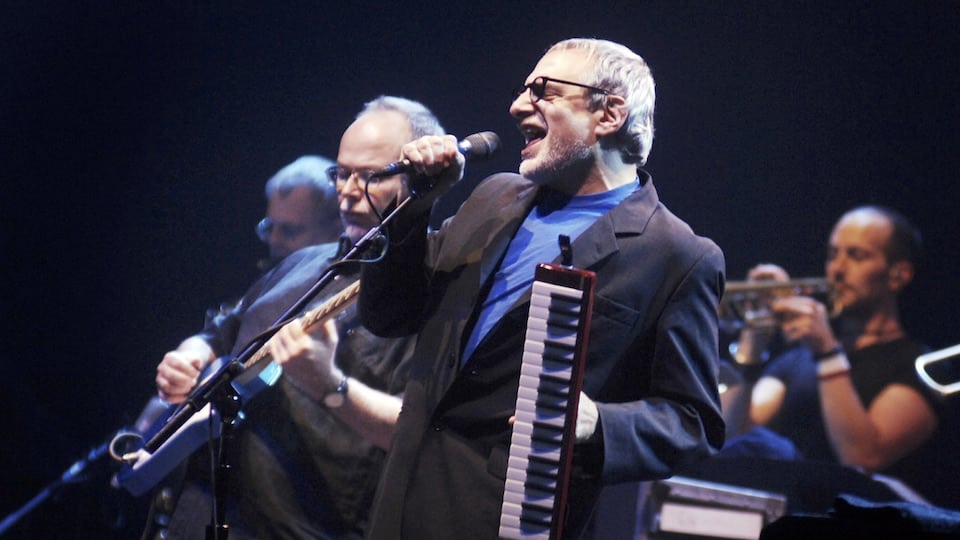 Hindsight bias is fascinating, particularly with students of a culture as opposed to those who experienced cultural events firsthand. Today, Steely Dan is regarded as two master craftsmen of studio sophistication – cynical jazz-heads with little patience for all but the cream of the musical crop.

The early-to-mid 1970s were a slightly different story, however. With the emergence of progressive bands like Genesis, Yes, and Jethro Tull, those not paying attention might have lumped Steely Dan in with any number of pedestrian rock bands of the day.

Sure, preemptive moves had been made to suggest the ultimate direction of the outfit. But as far as heady chords and swearing off the road, The Beatles had beaten them to the punch a decade earlier.

Today, listeners generally glean their interpretation of the Steely Dan “sound” from the group’s sixth LP, the high watermark, Aja. But during the first half of their career, a general pop audience may have been more likely to associate the group with their 1972 debut, Can’t Buy a Thrill.

This was likely the case for two reasons. One: a person’s first impression generally serves as the basis upon which all subsequent knowledge is organized. As such, observers generally form stronger associations with the version of an entity they experienced upon being introduced to said entity.

Two: Can’t Buy a Thrill – despite, or perhaps due to, not being indicative of what we now know to be the “Steely Dan sound” – was quite commercially viable, with hits in the form of “Reelin’ In the Years” and “Do It Again” that remain heavily associated with them to this day.

All these elements would briefly align with the release of 1976’s The Royal Scam. While a number of the more conventional elements present throughout Can’t Buy a Thrill remained in the band’s arsenal, the musical interest demonstrated throughout projects like Pretzel Logic continued to be explored.

Though at this juncture, Steely Dan the quintet had already been downsized to Steely Dan the duo, The Royal Scam represents a midway point between the pop/soft rock aesthetic that colored Can’t Buy a Thrill and the pristine jazz-pop pinnacle to which they would ascend with Aja and Gaucho.

For a band so frequently associated with jazz-rock as a genre, The Royal Scam feels not only like the project in the band’s discography to which this characterization is most applicable, it is arguably the sole instance in the canon in which jazz and rock elements are being leveraged in somewhat equal measure.

What The Royal Scam manages to accomplish that no other album does, is the abundance of styles explored throughout Steely Dan’s career. This, as well as the presentation of these elements as a cohesive expression, lends credence to the notion of The Royal Scam being the album most representative of Steely Dan’s career as a whole (though many would argue 1980’s Gaucho as the most musically reflective of the band).

But aside from encapsulating elements from two disparate eras of the Steely Dan discography, The Royal Scam is notable in that it marks the exploration of an aesthetic of which past and future eras would be nearly devoid entirely. The Royal Scam actually saw Steely Dan rocking relatively hard.

Obviously, few are likely to be confusing any Becker/Fagen production with a Black Sabbath record, but The Royal Scam sees Steely Dan showing their teeth in a way they hadn’t prior, and really never would again. Despite the absence of original guitarist Jeff “Skunk” Baxter and the raunchy lead tones he brought with him, The Royal Scam features many of the meanest, tastiest lead sections to ever grace a Steely Dan record.

Session ace Elliott Randall – the man behind the “Reelin’ In the Years” guitar solo – returns for a performance on “Sign in Stranger,” while Steely Dan vet Dean Parks also shows up, contributing to the reggae-tinged “Haitian Divorce.”

The true session MVP of The Royal Scam, however, is undoubtedly jazz fusion virtuoso Larry Carlton, who contributes guitar to nearly half of the album’s cuts, including lead single, “Kid Charlemagne.” The song, which has since become one of the most popular in the Steely Dan discography, features a complex and scorching solo section that correlates with the dark and gritty narrative of the track.

Indeed, from the garish artwork to the musical and lyrical direction of its nine tunes, The Royal Scam is perhaps the darkest of Steely Dan albums. The prevalence of the electric guitar throughout is but one element pulling The Royal Scam toward rock territory, as the songs themselves are rife with the drama of rock & roll. References to sex, drugs, criminal activity, and even patricide crop up throughout the project, and one might surmise that the recording of The Royal Scam in New York bore an influence on the record’s gritty aesthetic.

The Royal Scam was the final step in the development of Steely Dan’s musical arsenal. Going forward, with all the pieces in place, Becker and Fagen would be able to craft any type of record they wanted, which they eventually did. The sharp right in musical direction that the duo took with Aja, and subsequently, Gaucho, established the group as what they always knew they were: subversive connoisseurs of quality audio and stylistic taste with an impermeable knack for songcraft.

But a look back at The Royal Scam shows that there was even more to Steely Dan than most realize. Becker and Fagen’s commitment to musical sophistication never faltered, but with Royal Scam, they showed that they could absolutely kick things into high gear aesthetically when they saw fit.

8 comments on “A Tale of Two Bands: Steely Dan’s “The Royal Scam””