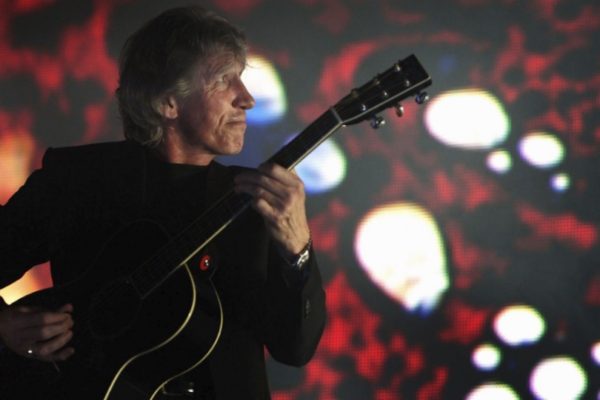 Disclaimers: (1) This post, from way back in 2017, has become a bit of an annual tradition for us. Please forgive any antiquated references. (2) We here at CultureSonar do not in any way endorse or condone drug use, and would never dream of telling you to get out there with friends on this late-April day and fall on your face on somebody’s newly mowed lawn. Noooooooo…. Additionally, the following top ten is in no way scientific. It’s a brief list compiled by a few people who’ve smoked marijuana in their lives, but definitely not while writing this story. We’ve tried to refrain from too many obvious choices – you don’t need another reminder to listen to Dark Side of the Moon while high. Which is not to imply that we didn’t include a few stoner warhorses, ’cause we did. Read on.

10. R.E.M.’s Fables of the Reconstruction

Stipe’s enigma – fully intact on his third album – has found a highly interesting musical counterpart in producer Joe Boyd’s grungy soundscapes. The neo-psychedelia of “Feeling Gravity’s Pull” sets the tone for what follows perhaps better than any other R.E.M. LP, and for the next 45 minutes you’re on a journey of… well, what, exactly? Peter Buck’s guitar work took a big step forward on this album, and the rhythm section carries a major chunk of the album. But the greatest amusements may come from guessing what Stipe’s lyrics are and writing those guesses down. Oh, and it’s totally possible to lose yourself in the cover art, which is always a plus when discussing these matters.

9. Prince and the Revolution’s Around the World in a Day

Prince’s trippy follow-up to Purple Rain was a relative commercial bust, a total critical bust and made a fair amount of year-end “worst of” lists. Which is completely insane. The album is thoroughly wiggy, funny (both on purpose and otherwise), far better produced then it seemed at the time and unmistakably bold in a decidedly non-commercial way. That’s not a bad tally for what many thought was career suicide.

Yes, yes, yes… they were the prototypes for the Thinking Stoner’s Favorite Band. In truth, nearly every album they recorded could be on this list, so why does this one make the cut? Well, it’s their most accessible release, yet also devilishly clever (musically and lyrically). The album features the group’s biggest hit, “Rikki Don’t Lose That Number,” as well as FM Radio mainstays “Any Major Dude Will Tell You” and the title track.

Their first album has historically gotten all the attention, because of the big hit, the Oedipal section, and breaking on through to the other side, but this follow-up is where the real fun begins. Kicking off with a very-rocking-but-still-very-weird title track, the album showcases the band at their absolute spunkiest, provided you take the needle off before the album’s closing track sinks you into the big sleep. Then again, pot can make you tired so maybe that’s perfect.

Long slagged off as an impotent copy of Sgt. Pepper, this 1967 offering can be considered far superior if your measuring stick is how it sounds while high. You know “2,000 Light Years From Home” and “She’s a Rainbow” from 50 years of airplay, but the two versions of “Sing This All Together,” the Bill Wyman-written “In Another Land” and “Citadel” provide excellent examples of what the Stones were capable of psychedelically. It may be the oddest album released this side of Frank Zappa in the late 1960s. Also, the cover and gatefold can occupy your time for the album’s entirety.

5. Stevie Wonder’s Songs in the Key of Life

The hits – “Sir Duke,” “Isn’t She Lovely” and “I Wish” – while all uncategorically brilliant – only hint at the 420 masterpiece that is this album. Highlights include the deceptively jaunty “Summer Song,” the salsa-infused “Pastime Paradise” and the bizarrely funky “Have a Talk with God,” all of which help provide the day with a deep groove and allow your thoughts to wander to fabulous places. Every song is a journey.

It’s generally wise to eschew greatest hits packages on this list, but this is the exception that proves the rule. Virtually every song here was made by, for and probably about the marijuana user. Go ahead, drop the needle (and, please, let’s have vinyl today as much as humanly possible) and report back. “Hurdy Gurdy Man”? Yes, please. “Season of the Witch”? Terrifyingly lovely. “Jennifer Juniper”? You fell in love, didn’t you? “There is a Mountain”? How many bong hits did it take to write this one? “Where’d I go?” indeed. If you are unfamiliar with Donovan’s complete catalogue, today is the day to change that.

Were you worried this list would exclude these guys? Well this has everything the budding Deadhead needs for an intro to who the Grateful Dead were. The “Dark Star/St. Stephen/The 11” jam is the archetypical Dead jam, and, while there may not be any one greatest Pigpen jam, the “Turn on Your Lovelight” here is 15 minutes of pure adrenaline and joy. Smoke up!

2. Pink Floyd’s The Piper at the Gates of Dawn

We said we weren’t going to include Dark Side of the Moon, but that doesn’t mean we wouldn’t have some Pink Floyd. Piper is here because it’s the only Floyd album that Syd Barrett fully played on, and also because nobody – even the latter-day Pink Floyd – was ever this consistently enjoyably out there. One warning: “Interstellar Overdrive” and “Bike” both have the capacity to make you either want to be high forever or never be high again. Only one way to find out, though.

This one wins, basically, because for “Stir it Up,” probably the single greatest marijuana song ever while his other studio albums – not counting Legend, of course – do not. That said, it’s 420 and there’s no such thing as a bad Bob Marley album to listen to today. Nuff said. Light ‘er up.