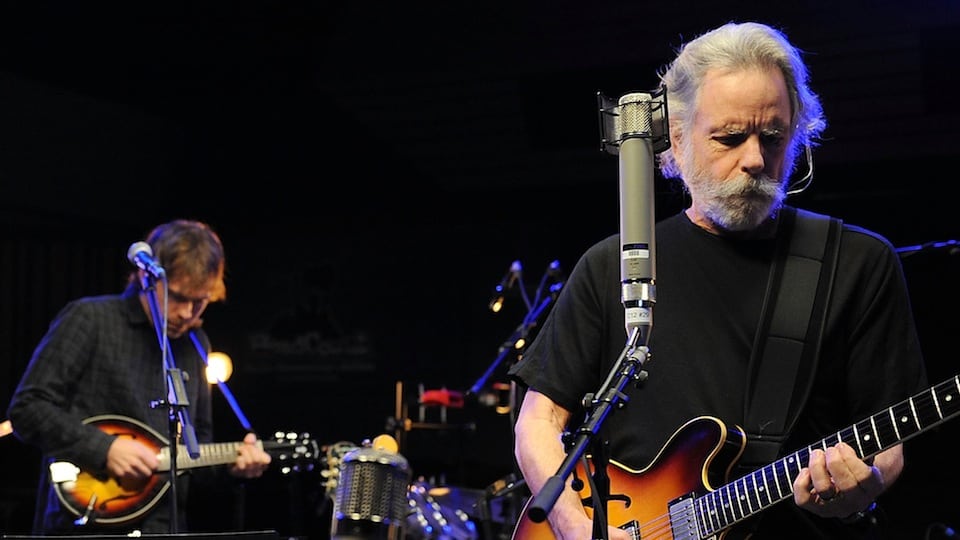 The Grateful Dead, active in their original form for about 30 years until the 1995 death of Jerry Garcia, are renowned for an expansive repertoire incorporating genres as disparate as country, jazz, bluegrass…and, of course, psychedelia. The band is recorded as having played over 500 different songs, including 184 original compositions and 317 covers.

Brothers Bryce and Aaron Dessner of the indie band The National grew up listening to their father’s Dead collection and cut their early chops jamming to some of the band’s famously extended tunes. Fate brought The National together with Dead guitarist Bob Weir in 2012 and from that developed the inspiration to record a benefit album with indie bands pulling covers from those 500 songs.

The result: Day of the Dead, an ambitious recording of 59 Dead covers that sheds brilliant new light on a well-known repertoire. Artists range from indie rock royalty like Wilco, The Flaming Lips and Mumford & Sons to relative newcomers like Courtney Barnett, Charles Bradley, Lucius and The Lone Bellow. Members of The National contribute several tunes in admirable style. And Bruce Hornsby, a sometimes member of the band, sits in with DeYarmond Edison on a soulful “Black Muddy River” while Weir himself pairs with Wilco on a live take on “St. Stephen” and with The National on a live “I Know You Rider” that closes the album.

In total, more than 60 artists rummage through the Dead’s attic of songs. Deadheads will rejoice at the inclusion of crowd favorites like “China Cat Sunflower / I Know You Rider” (Stephen Malkmus & The Jicks), “Shakedown Street” (Unknown Mortal Orchestra), “Truckin'” (Marijuana Deathsquads) and Lucinda Williams’ tuneful take on “Going Down The Road Feeling Bad.” Spirits low? Check out how The National draws even Weir into that barn-burning, album-closing “I Know You Rider.”

Garcia’s slower ballads are generously represented – and reinterpreted – by a talented array of rockers and singer-songwriters, many of whom imbue these slower songs with soul and new meaning. Among the most enjoyable are a deeply felt “Stella Blue” (Local Natives), “Jack-a-Roe” (This Is The Kit, pleasantly channeling Fairport Convention) and “Broke Down Palace” (an ensemble effort with Arcade Fire’s Richard Reed Perry and The Band’s Garth Hudson). But the clear winner is The National’s take on the somber “Morning Dew” featuring the plaintively deep voice of National frontman Matt Berninger.

Among the 59 tunes there are unexpected detours into remote corners of the Dead songbook – incidental jams, early psychedelia and odd improvisational bits and pieces – some of them unfamiliar to committed Deadheads even at a hookah’s length. Ask your pal with the tour shirt to hum tunes like “Transitive Refraction Axis for John Oswald,” “What’s Become of the Baby” and “Cream Puff War.”

A few contributions fall flat in execution – but not for lack of ambition. More often than not the ambition is to out-weird the Dead themselves on some famously weird tunes, such as The Flaming Lips’ electro-bizarro take on “Dark Star,” one of the more difficult pieces in the repertoire. Kudos also to Man Forever, So Percussion and Oneida for essaying a “Drums>Space” set, 21st-century style.

Like all Dead efforts, there’s something for everyone here: fabulous rock-and-roll, straight-up blues and the kind of roots music that turned Garcia on in the first place. The covers are true to their sources – whether written by the Dead or drawn from the larger American songbook – but each contributes a new thought or melodic insight. Quite a few are entirely and refreshingly re-imagined. It would a great thing – and no small feat – if this new generation of indie artists were rewarded with the well-deserved attention and admiration of Deadheads everywhere.

0 comments on “59 New Grateful Dead Tunes: We Needed That!”