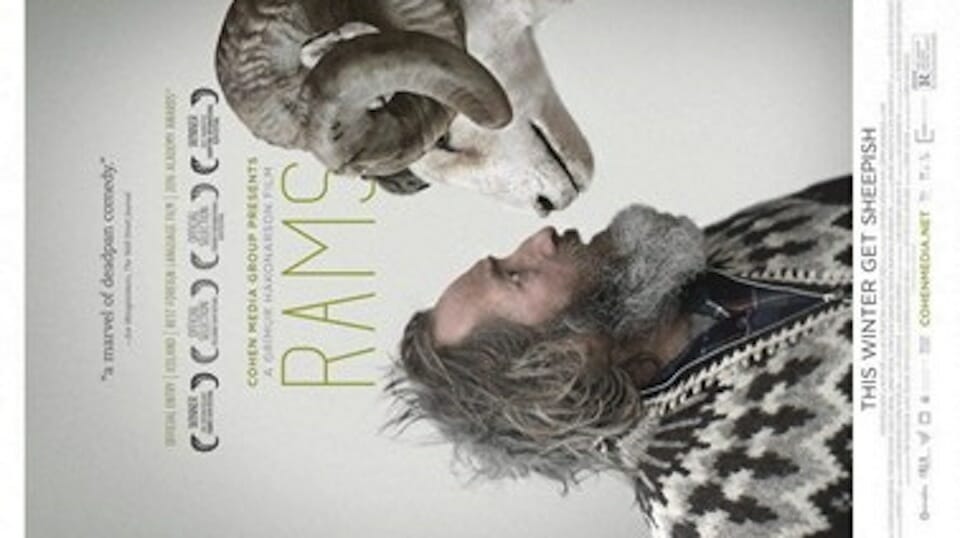 At the 2015 Hamptons International Film Festival, I discovered RAMS, a movie about two feuding brothers who share property in a remote Icelandic valley and a deep love of the sheep they’ve dedicated their lives and land to. A must-see, right? Well, actually… RIGHT! When an outbreak of Scabies threatens the entire town’s sheep, the brothers lives are turned upside down. Will they come together for the sake of their beloved animals (and their livelihoods!) or will they allow their hatred for each other to take them down with the rest of the poor farmers in the valley?

In director Grimur Hakonarson’s hands, this remote dramedy becomes surprisingly familiar and deeply resonant. The staggering lengths the brothers will go to keep their anger alive and what will ultimately break that down is, unfortunately, something many can relate to and certainly something we can all learn from. Perhaps it is Hakonarson’s previous experience as a documentary filmaker that makes the brother’s pain so realistic but, without a doubt, it’s the indelible acting on the parts of the two brothers, Gummi (Sigurdur Sigurjonsson) and Kiddi (Theodor Juliusson).

I wasn’t looking forward to this movie in the least and nearly left the theatre after the first five minutes (after seeing four movies in one day, I was tanked) but wow was I glad I stayed. Days later, the lives in that tiny village remain in the forefront of my mind.

RAMS is Iceland’s official selection for the Academy Awards and won the award for Best Narrative Feature at The Hamptons International Film Festival. It’s not out for the world to see just yet but keep your eyes peeled…this little gem is not to be missed!

0 comments on “An Icelandic Film About Two Brothers and Their Sheep? Yes, Please!”