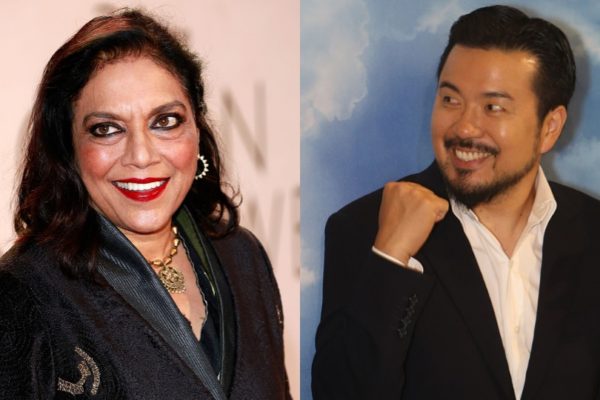 ICYMI: This year’s Sundance Audience Award Winner was Gook, a film centered around the 1992 Los Angeles riots. Set to receive nationwide release on August 18, the movie is already generating lots of positive buzz from screenings around the country not only for its acting but for the direction of Justin Chon, too. He’s hardly the first Asian-American to make an impressive filmmaker splash in Hollywood yet somehow the names of many of his predecessors and contemporaries still continue to fly just under the “household name” radar. Fast and the Furious? Girlfight? True Detective? All hits helmed by Asian-American filmmakers. So yes, you’ve seen their work. Time to memorize their names. Here’s your starter kit.

[amazon template=right aligned image&asin=B01IS31U6S]1. Justin Lin
Lin’s impressive debut came with Better Luck Tomorrow (2002), a movie about four Asian-American teenagers (Parry Shen, Jason Tobin, Sung Kang, Roger Fan, and wily foil John Cho) who go from playing pranks into serious crime. After a heated exchange during a talkback at Sundance, renowned film critic Roger Ebert’s endorsement brought the film to the attention of MTV, who picked it up for distribution. Since then, Lin has produced a steady stream of hits, notably making his mark in The Fast and the Furious franchise and the latest installment of Star Trek. Beam us up! We’re on board with this guy.

2. Karyn Kusama
Not only was Karyn Kusama’s 2000 debut Girlfight a sports flick — and the acting debut of Michelle Rodriguez — it also tackled female boxing years before Clint Eastwood’s Million Dollar Baby. Kusama would go from directing this indie hit to Charlize Theron’s action pic Aeon Flux but after fights with the studio over that movie’s final cut, the film sadly flopped at the box office. That hasn’t stopped Kusama, though. After vowing never to give up the right to final cut again, she’s directed TV shows for Billions, The Man in the High Castle, and Halt and Catch Fire. In 2015 her horror film The Invitation received a popular limited release then found another audience via On-Demand. Versatile? You bet. Her next project is sure not to disappoint.

3. Cary Fukanaga
Director-writer-cinematographer Cary Fukanaga embodies the word “auteur.” Bursting onto the Sundance scene with Sin Nombre (2009), Fukanaga‘s follow-up Jane Eyre had women everywhere swooning over a broody Michael Fassbender. His more-recent Beasts of No Nation with Idris Elba also received critical and box office acclaim. What with his directing and executive producing of HBO’s True Detective combined with his upcoming Netflix series Maniac starring Jonah Hill and Emma Stone, we wonder when this guy ever sleeps.

4. Jennifer Phang
Phang’s intriguing, intelligent, elegant feature film Advantageous won a Special Jury Award for Collaborative Vision at Sundance 2015. Starring Jacqueline Kim, Ken Jeong, and Jennifer Ehle, the movie proved popular with critics and has been building a cult following on Netflix among other places. That success has allowed her to connect to The Warner Brothers workshop and 20th Century Fox programmers, which in turn led to her directing for television — most notably, The Exorcist and Major Crimes. Given the impact of her debut, we’re definitely curious to see what she comes up with next.

5. Mira Nair
Her feature debut — the smart, sultry, sexy Mississippi Masala with Sarita Choudhury and Denzel Washington — was years ahead of its time as it challenged audiences with its tale of Ugandan Indians moving to Mississippi. Dealing with assimilation and generational gaps, early work would win Nair the prestigious Best Picture Award at the Venice Film Festival. She then followed this up with hit after hit after hit — HBO’s Monsoon Wedding, then Hysterical Blindness with Uma Thurman and Gena Rowlands then Queen of Katwe with Lupita Nyong’o and David Oyelowo. Nair’s career has been long and prolific and shows no sign of stopping. We couldn’t be happier about that. Women directors of color in Hollywood? More please.

PS. You may also enjoy our post Fans of Asian Cinema Know: Ain’t Nothing Like the Real Thing, Baby about 10 Asian movies that got Hollywood remakes.