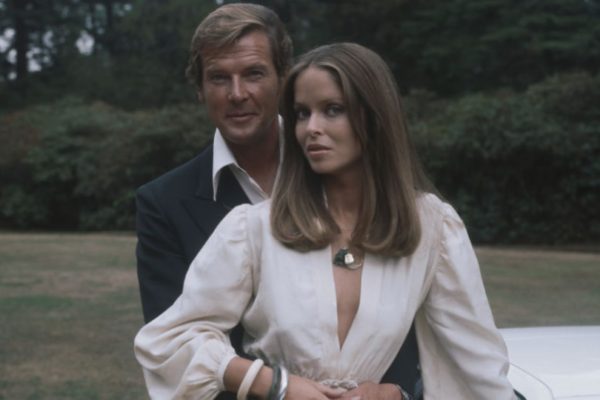 Executive Producer Andrew Curry — of the Portland-based label Curry Cuts — really knows how to put together a great tribute record. His first two releases (Drink A Toast To Innocence: A Tribute to Lite Rock and Here Comes The Reign Again: The Second British Invasion) featured indie artists like Mike Viola and Ken Stringfellow saluting the music of the ‘70s and ‘80s respectively. On his latest compilation, he turns his attention to the music of Agent 007. Songs. Bond Songs: The Music of 007 features artists such as Jay Gonzalez (Drive By Truckers) and singer-songwriter Freedy Johnston tackling the title themes from all of the Bond films, including the spoof Casino Royale (1967). Curry took some time out to fill us in on the genesis of this latest project, and his thoughts on all things Bond.

Q: After two well-received albums highlighting AM radio pop of the 1970s and British bands of the 1980s, why did you select the James Bond theme songs for this latest release?

A: I had so much fun putting together those first two compilations, and each of them focused on a genre of music that meant a lot to me when I was younger. But I felt that doing another record that covered another five or six-year stretch of music was limiting. I wanted something that held together thematically, while covering a much wider span of time. With those parameters in mind, Bond music just jumped out at me. Rather than covering five or six years of music, I could cover five or six decades, all while sticking to a single unifying theme.

Q: Some artists on Bond Songs have worked with you on the previous albums such as Cliff Hillis, while others are appearing for the first time (Jaret Reddick of Bowling for Soup). Is it difficult to coordinate a project like this when you’re working with a large group of artists, all submitting music from a wide variety of locations?

A: I so enjoy the musicians that I’ve gotten a chance to work with. And I love that so many folks have chosen to come back for a second or third time for this record. I’ve tried to reach out to new musicians on each record I’ve done, so that there’s a nice combination of new and returning artists involved. Having done a few of these now, the process is pretty straightforward at this point. Social media has made the communications process so much easier than it must have been in the days before Facebook. And digital capabilities are such that I can get song submissions from Italy or Sweden just as quickly and easily as I can get them from right next door. So, thank you, Dropbox and Facebook!

Q: Some of the covers are very faithful, like Lisa Mychols’ “The Man With the Golden Gun,” while others are inventive re-workings, such as Freedy Johnston’s lovely acoustic take on “For Your Eyes Only.” Were there any versions on Bond Songs that you preferred to the originals?

A: Plenty! I’ll sound like the doting father when I say that I genuinely like every song on the record, but it’s true. But I don’t think I’m speaking out of turn when I confess that there are some Bond songs that don’t really do much for me in their original incarnations. And so it’s always great fun when a song comes in that blows the original out of the water. Big-Box Store (aka Joe Seiders of The New Pornographers) took Madonna’s “Die Another Day,” a song that I have absolutely no use for, and turned it into a song that I genuinely enjoy, by stripping away all the needless clutter that Madonna had layered onto the track. Freedy Johnston took a sort of corny Sheena Easton hit in “For Your Eyes Only,” and he turned it into a fantastic, yearning Freedy Johnston song. Gary Frenay took what is clearly the least of Shirley Bassey’s three Bond songs (“Moonraker”), and made it into a Roy Orbison/Jeff Lynne hybrid that would have fit beautifully on a Traveling Wilburys record. There are so many great renditions of songs on the record, but those are a few examples of folks who took tracks that maybe haven’t stood the test of time so well and transformed them into great, almost brand new songs.

Q: The Bond themes often reflect the era in which the films were originally released. What do you feel makes a great Bond theme song? Do you have any favorites?

A: It’s an interesting question. For me, the themes fall into distinct eras. There are the lush orchestral themes of the early Connery days, with songs like “Goldfinger,” “You Only Live Twice,” and “Thunderball.” There are the soft rock entries, like “Nobody Does It Better,” “For Your Eyes Only,” or “All Time High,” that were so big in the middle of the Moore era. There’s the brief flirtation with new wave in the mid-‘80s, with songs by Duran Duran and A-ha. And then the series sort of went towards more alternative artists, with Garbage, Chris Cornell, and Jack White each getting a crack at the theme. The latest couple of entries — Adele’s “Skyfall” and Sam Smith’s “Writing’s On The Wall” — both won Oscars. But they also both seem like they’re intentionally recalling the lush songs from the franchise’s earliest days. I can easily imagine Shirley Bassey singing either one of them. As a child of the ‘70s and ‘80s, those years had a bunch of my favorite Bond songs. I’ve always loved McCartney’s “Live and Let Die,” and I’m not too ashamed to admit that I bought the singles for both “For Your Eyes Only” and “A View to a Kill.”

Q: What was the first Bond film you saw? Do you have a favorite Bond actor?

A: The first one I saw in a movie theater was Moonraker, which I was pretty sure was the coolest thing I’d ever seen. James Bond in space! Roger Moore was always my Bond growing up, and he’s still the actor I picture when I think of the films. I appreciated the touch of campy humor he brought to the role, which, in the Daniel Craig era, seems almost unthinkable now.

A: I’m kicking around a concept as we speak. It’s a departure from my last few records, but I think it could be a lot of fun, especially if I can get some of the musicians that I have my eye on. One thing is for certain, though. It will be fewer songs than my other comps. 10 to 12 tracks, tops. I can’t give you too much more than that at the moment, but stay tuned!

Songs. Bond Songs: The Music Of 007 is available on iTunes and at Curry Cuts online.

PS. You may also enjoy our posts The Super Theme Songs of Batman, Flash Gordon, and The Incredibles and 10 Unforgettable TV Theme Songs.

0 comments on “James Bond Themes Get a New Sound”