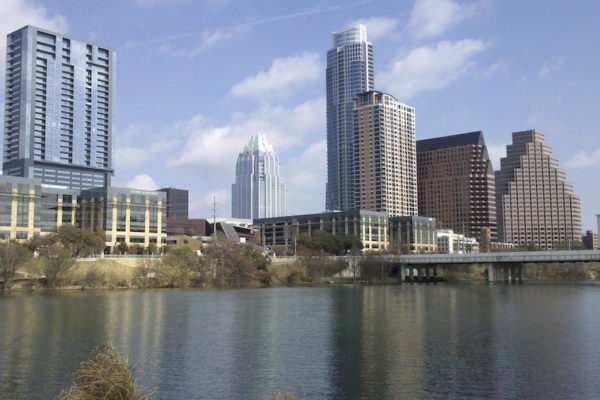 On August 29, 1991 Austin’s City Council officially branded itself as the “Live Music Capital of the World.” If you’re going to throw that kind of bravado in the faces of Chicago, Nashville, New York, and Los Angeles, you had better be able to back it up, and you know what? Austin does, with a variety of venues and stages that host rock, blues, jazz, and country every night of the week. People come from all over the world to experience Austin’s two signature music festivals, Austin City Limits Festival and SXSW. Those two events alone could satisfy most any music fans, but where do you go the rest of the year? Here are some suggestions.

ACL Live at the Moody Theater
As reluctant as some would be to put ACL Moody on this list, you can’t ignore it. The reason is star power. Headlining acts that can’t fill massive venues like the Frank Erwin Center or the Austin360 Amphitheater come to ACL Live, which is practically Willie Nelson’s second home. Heck, there’s even a gigantic bronze statue of a guitar-strumming Willie out front. The inside is classy and comfortable (and not as big as you might think). If you can stand the higher ticket prices, as well as its corporate feel, you’ll catch Ringo Starr, Al Green, Peter Frampton, St. Vincent, Pet Shop Boys, and [amazon template=right aligned image&asin=B00159OPVU]of course, Willie Nelson.

Antone’s
Over 40 years old, Antone’s is, hands-down, the city’s most famous venue. Sure, “Austin’s Home of the Blues” has moved locations five times, but one thing hasn’t changed: Clifford Antone’s blues legacy which has shaped the local music scene. Name any blues legend and you can be sure they’ve played Antone’s. Antone’s “Blue Monday” house band has been a staple for years. If you want to take home a piece of the blues with you, you can search through the albums in the gift shop next door.

Emo’s
Unlike other clubs on this list, Emo’s sits fairly isolated on Riverside Drive, without the benefit of an entertainment district. What it does have is one of this city’s finest indoor stages. The club is spacious; the sound system, terrific. This is the kind of place you’re likely to see ‘80s mainstays like the Psychedelic Furs and OMD, or indie rock groups like Cold War Kids and The Neighbourhood. (Which isn’t to say they don’t have hip-hop or R&B, too.) Emo’s is easy to miss if you’re a visitor, but necessary listening if you’re a local. Make the effort.

Nutty Brown Amphitheater
Because it’s an outdoor venue, The Nutty Brown Amphitheater doesn’t host live music year-round. But when the weather is nice, or in the summer when it’s hot as hell, The Nutty hosts all things country. Classic Country, Red Dirt Country, Country Rock, whatever country genre you like, here it is. Enjoy a Texas chicken-fried steak in the cafe’ then hear the likes Randy Rogers, Kevin Fowler, or Pat Green. The Nutty Brown sits out on Highway 290 southwest of downtown, but it does have an Austin address, so it makes the cut. If this is your type of music, this is your type of place.

Saxon Pub
Already in its third decade, The Saxon Pub offers free, weekday “happy hour” shows, but often doesn’t truly get going until later. This is where you’ll find musicians like Joe Ely, Denny Freeman, or the Wagoneers. Patrice Pike has a Thursday residency at the Saxon. Sure, the venue is on the small side, but mostly that’s a good thing. Get there early and grab a seat.

The Continental Club and C-Boy’s
Although The Continental Club has a storied history that C-Boy’s lacks, these two clubs on South Congress Avenue have a lot in common. At both venues, owner Steve Wertheimer books musicians who know what they’re doing and/or have something special. Think Austin legends like Dale Watson, Mike “The Tyrant of Texas Funk” Barfield, Lou Ann Barton, and Redd Volkaert, to name a few. Recently, Eric Clapton was asked to name his favorite guitarists. He named T-Birds member Jimmie Vaughan who, along with B-3 master Mike Flanigin, hosts a weekend residency at C-Boy’s that is a “can’t-miss” for visiting blues fans.

The Elephant Room
Located in the basement of the Swift Building at 315 Congress Avenue, The Elephant Room is Austin’s premiere jazz club. Years ago, before Austin’s smoking ban, sitting in the foggy haze of The Elephant Room was like being in an old noir film. Today, the club books jazz groups and velvet-smooth singers nightly beginning at 9:30. Feeling adventurous? Check out the Jazz Jam every Monday night.

The Red River District: Stubb’s BBQ, The Mohawk, Beerland
At the Red River District, you’ll find several iconic venues within a stone’s throw. The Big Three: Stubb’s BBQ, The Mohawk, and Beerland each offer something unique.
Stubb’s offers damn good eats and, before ACL Moody came around, was the place for touring artists like Billy Idol and The Cult. Now you’re more likely to see alternative acts like Mike Snow or They Might Be Giants alongside the Gospel Brunch on Sundays. The Mohawk sells one-dollar earplugs and qualifies as the local joint where you’re most likely to see crowd-surfing at concerts by local and national acts such as Bad Suns and Afghan Whigs. Beerland borrowed its logo straight from Luckenbach’s famous dancehall, but who can blame them with a slogan that boasts “Beer, music, liquor, beer, music. Not necessarily in that order.” Hip hop, metal, punk…whoever is up on stage will jam. The beer is cheap; the offerings as diverse as Austin gets.

The White Horse
The East Side is where Austin locals go to play at night, and The White Horse is its crown jewel. Hosting live music every night, this “Whisky Slingin’ Honky Tonk” serves whisky on tap and features three to four bands on its indoor stage most weekends. Crowds are a mix of young and old, both having found a place to hang out with friends, and meet new ones as the outdoor spaces provide plenty of room to spread out. If you’d rather play pool or eat “Bomb Tacos” from the onsite taco trailer, you have that option, too.

PS.  Another great American city for music? Discover the sounds of Sin City.

0 comments on “A Music Lover’s Guide to Austin”