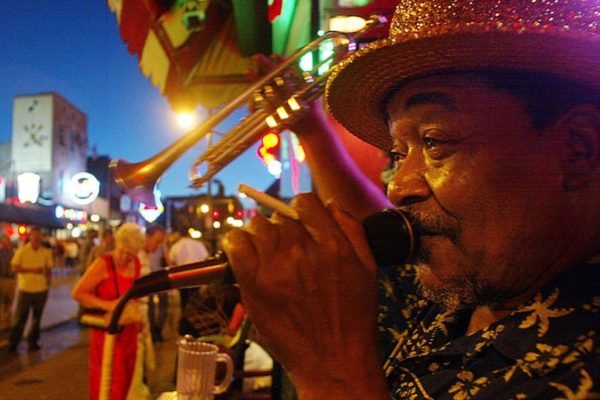 Generally speaking, the people who put Memphis on the map did not arrive seeking great fortune and weren’t heading west in search of adventure. Memphis was built on the backs of a people trying to get by and their spirit is in every building, street, story and song from West Tennessee on down to the Mississippi Delta. The struggle was real and for many still ongoing. But from struggle comes progress and knowledge. Today Memphis is very much alive with art, music, and literature as well as big business and technology. The culture of the Bluff City make Memphis an amazing road trip destination. Yes, it’s hot and gritty, but you’ll see things and meet people that can change your life. Just like Austin, New Orleans, and even NYC, Memphis is a state of mind, an attitude, and uniquely American. Elvis, BBQ and the blues may be the first things that cross your mind when you hear the word “Memphis,” but this city is so much more. Grab the car keys! I command you! And if you do, make sure some of the spots below are on your itinerary.

[amazon template=right aligned image&asin=0393352137]Beale Street
Ever since the 1920s, this place has been lit as W.C. Handy, Louis Armstrong, Muddy Waters, Albert King, Memphis Minnie, B. B. King, Rufus Thomas and countless other blues/jazz giants have played on Beale Street. The vibe is similar to Bourbon St. in New Orleans, Sixth Street in Austin or Lower Broadway in Nashville. Where to start? Don’t worry about it. The Rum Boogie Café is jumpin’ all the time; Silky O’Sullivan’s has an open courtyard with resident goats; make a pit stop at A. Schwab (dating back to 1876) for fresh-squeezed lemonade or ice cream; the Memphis Rock ‘n’ Soul Museum is filled with cool artifacts; B.B King’s Blues Club is alive and well; Jerry Lee Lewis’ Café & Honky Tonk is keeping rockabilly relevant; The New Daisy Theatre, an old movie theater circa 1937, has been converted into a music venue and seen the likes of Al Green, Bob Dylan, and Nirvana over the years.

The Blues Hall of Fame Museum
As a recent (and welcome) addition to the storied Memphis music scene as of 2015, this shrine to The Blues pays tribute to the likes of Robert Johnson, Etta James, Muddy Waters and other luminaries via interactive exhibitions and choice memorabilia including a piano from Chicago’s late great Otis Spann and a dress from legendary vocalist Koko Taylor. Exhibits change three times a year so this one’s worth a return visit next time you’re in town.

Earnestine and Hazel’s
This humble spot started in the 1930s when Earnestine Mitchell and Hazel Jones came up with the idea of running a beauty salon/jazz & blues club upstairs of one of the Bluff City’s most popular brothels. After 70 years, the club is still going strong and has become something of a must-do for visitors. Take note: It’s said that at least 13 people have met their ends inside E&H including the last owner, Memphis music and local business icon Russell George. Ghosts, last calls and people with nothing to lose will always haunt this joint. Join them, won’t you?

Goner Records
Goner Records specializes in garage, punk, and old school Memphis vinyl LPs, CDs, 45s and 78s, as well as T-shirts, books, magazines, and DVDs. But the real deal is Gonerfest, which happens each fall, and at which over 100 bands from near and far (literally the world) converge on stages in the Cooper-Young District. Gonerfest also holds an amazing art exhibition, also international in scope, as well as an amazing assortment of food and beer including craft beers from Memphis’ very own Memphis Made Brewery.

Hi Tone
In a city loaded with places to hear live music, Hi Tone definitely ranks near the top. It’s neither a quirky dive nor a tourist trap. It’s one of the primary venues for touring headliners and locals with a good draw. Here you’ll find live music seven nights a week and two rooms with pro sound and lights. Follow Hi Tone on Twitter and Facebook for show updates and surprises. There’s a new location and new ownership but the same strong commitment to a top-notch talent.

Paula & Raiford’s Disco
Who’s put more asses on a dance floor than Robert “Hollywood” Raiford? Nobody! RHR passed away March 22, 2017, and Memphis is going to miss him. Often referred to as the Master of Ceremonies, DJ Hollywood Raiford or simply Raiford, this local legend opened his dance hall downtown in 1976. It became a late night and all night Memphis institution for locals and lovers of R&B and soul. Raiford’s daughter Paula is holding it down at a new location: 14 South Second Street. It hasn’t slowed down and RHR’s demise won’t shut it down.

[amazon template=right aligned image&asin=B06XR8V85G]Stax Museum of American Soul Music
Where does one start? Stax is a quintessential American success story that put R&B on the map. Despite the civil unrest of the 1960s, the Memphis creative community moved beyond ignorance to produce incredible music and art that continues to inspire and has set the standard for songwriting and recording. Stax stayed strong, told stories and offered a commentary on the times and really is one of the reasons why this city is immortal.

Sun Studio
Sun Studio/Sun Records rates as one of the most important recording studios/labels in history. With all due respect to Chess Records, Blue Note and later Stax, Sun Studio’s seismic impact on popular culture, the music biz, and recording technology were all revolutionary. Credit visionary lunatic and raconteur Sam Phillips who encouraged walk-ins and thereby met an eighteen-year-old Elvis Presley in 1953. After that came Carl Perkins, Johnny Cash, The Million Dollar Quartet, and Roy Orbison. “The Birthplace of Rock and Roll?” Maybe. You can take a tour of the studio’s headquarters and decide for yourself.

PS. You may also enjoy our music-related guides to Nashville and Chicago. Or, if you prefer, Let Paul Simon, James Taylor and Bob Dylan Be Your Travel Guides.

0 comments on “A Music Lover’s Guide to Memphis”