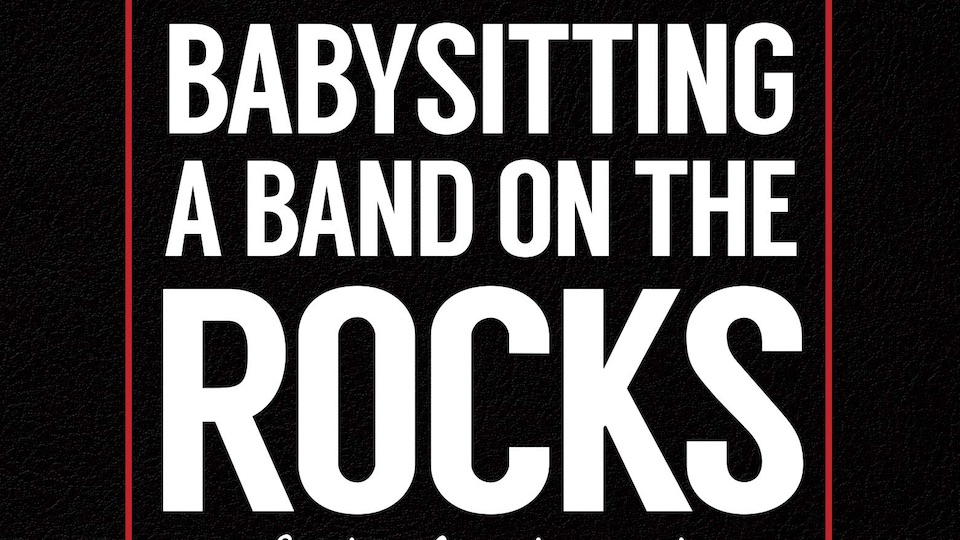 When it comes to rock, the best of it is about heart and soul. Each tale of a band starts with a person of ordinary beginnings caught in the pursuit of greatness, before reveling in the glory of their hard-earned work. With his new memoir, Babysitting A Band On The Rocks, one-time production manager GD Praetorius is here to demonstrate how much work goes into putting on a rock spectacle. “I’m not a big fan of critics,” he says. “I certainly don’t expect everyone to praise everything, but even the seemingly most embarrassing effort still took the effort, and there’s a lot to be said for that.”

Ultimately, the work reflects Praetorius’ preferences, and he shows great sympathy for Aerosmith, the turbo-charged outfit who rocked as hard as they partied.  Aerosmith certainly made an effort to keep their engine afloat following Joe Perry’s departure, and vocalist Steven Tyler stood firm in his position as band captain and frontman. Readers are told that the vocalist gamely tackled the microphone, before passing out in front of a rowdy crowd. Bowing to the pressure, the management canceled the concert, just as the band was pulled from the wrath of their encroaching mob. Drugs likely played a part in Tyler’s collapse, but there was enough energy to sustain any artist worth their salt in the era.

And so it was for The Ramones, a hard-hitting punk outfit. They could never match Aerosmith or Pink Floyd for pizazz, but compensated with an innate musicality that tended to get audiences jiving. They certainly left an impression on Praetorius, who remembers their swagger and commitment with great affection. Amidst the many photographs that decorate the middle of the book comes one of Joey Ramone –all jackets and shades — shown as the frenzied starlet that he was. But all of the artists (even the Trevor Horn-led Yes, re-branded as “The Yuggles”) made an impression on the writer, whether it was for their style, sound, or singular nature. Only by working with Van Halen did he understand that “Coney Island whitefish” is code for “condom.”Buoyed by this new information, he set off to find the band’s prophylactics (for more details, buy the book).

Impressively, the photos add even more color to what was certainly a colorful time in music history. There’s an expressive photo of David Lee Roth circling the red suit he hopes to wear onstage. There’s a sample of a broken telecaster that purportedly belonged to Ritchie Blackmore, and then there’s David Gilmour, plugged into the instrumental break that pads out “Comfortably Numb,” positioned from the edges of a wall.

Each of these photos captured in and around the madness of a rock show reflects the manpower required to bring it to life, and the book pays tribute to the workers fuelled by the power that rock held on them. “..regardless of what shape they’re in, each time I see Aerosmith play together I’m reminded of why I still have such a very soft spot for them,” Praetorius writes. ” From the beginning, their unique brand of garage rock gave the band an everyman quality that I couldn’t resist..”

Even through their low points, the band still offered the author a passion that could sustain his interest even when they ventured down some dodgy directions and made his job harder.  As he describes in Babysitting A Band On The Rocks, Praetorius shows that life in the rock trenches isn’t for the faint of heart — but it sure is fun.

4 comments on ““Babysitting A Band On the Rocks”: Backstage Rock Gossip”