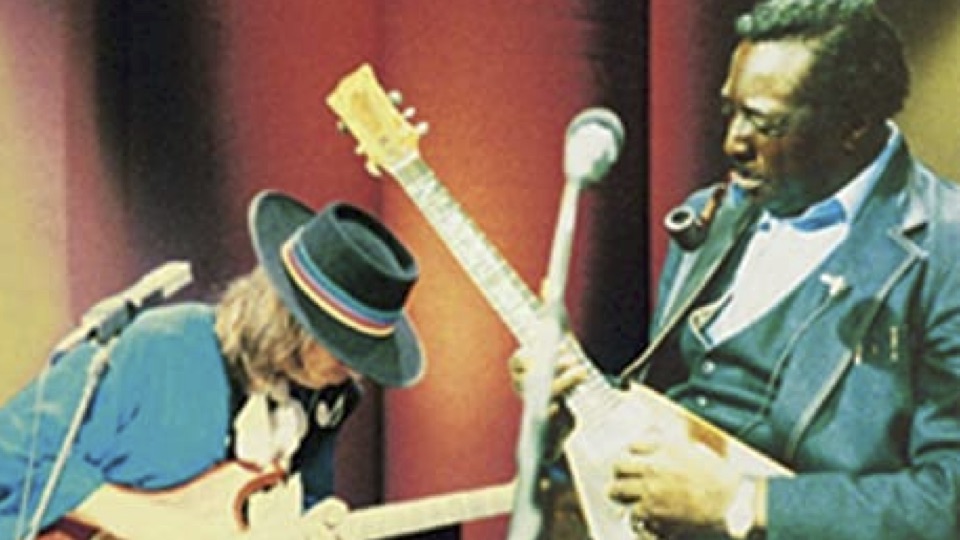 It’s often said that you should never meet your heroes. What if they don’t live up to the expectations you created for them in your mind, crumbling the façade and shattering the mirrors? It could alter your perception of what they mean to you forever. Despite likely hearing this piece of advice at least once or twice, in 1976, a 22-year-old Stevie Ray Vaughan decided that meeting his hero would be worth the risk. Vaughan’s hero wasn’t just anybody, though. It was the six-foot-four, 250-pound-plus blues legend Albert King—nicknamed the “Velvet Bulldozer.” He had a fiery temper and didn’t take a liking to many other guitarists.

Related: “From Clapton to The Vaughan Brothers to Gary Clark. Jr.”

King was playing three nights at Antone’s Nightclub in Austin and Vaughan begged the blues club’s owner, Clifford Antone, to ask if he could sit in on King’s set. Vaughan was ready; he’d been playing in bands since he was 12, eventually dropping out of school at 17 to follow his older brother, Jimmie, from Dallas to Austin. He joined multiple bands for short stints, playing guitar all day and all night. King, however, had no idea who this young, eager kid with stars in his eyes was and on the first night, refused to let him come up on stage. “It was so far out: nobody would ask Albert King to sit in unless you were dumb or something. I don’t even know if Jimi Hendrix would do it,” Jimmie Vaughan said.

But Stevie was persistent, and King eventually agreed to let him join. He was shocked by what he heard; Stevie possessed a mastery of the sound and feel of King’s music that had never before been duplicated. It was not only the first big break for Stevie but also the start of a beautiful partnership. According to Jimmie Vaughan, “Albert didn’t like anyone, but he liked Stevie! He put his arm around him, and from then on it was Big Albert and Little Stevie.”

In the years following his performance with King at Antone’s, Vaughan’s career began its meteoric rise, he and his band, Double Trouble, setting out to revitalize the blues in a time when the genre was no longer popular. If tasked with pinpointing the year that truly solidified Stevie Ray Vaughan as a bonafide star, though, the answer would be 1983.

After seeing the 3-piece group perform at the Montreux Jazz Festival in 1982, David Bowie asked Vaughan to play on his upcoming album, Let’s Dance, which was released in April 1983. Two months later, Vaughan and Double Trouble’s first studio album, Texas Flood, which featured their signature song “Pride and Joy,” hit the shelves of record stores. And in December, Vaughan was reunited with his idol, Albert King, for a once-in-a-lifetime performance.

Originally recorded and filmed in December 1983 in Hamilton, Ontario, Canada, for a television show but later turned into a live album released in August 1999 by Stax, In Session is a blues lover’s dream. For an hour and a half, a 29-year-old Vaughan and 60-year-old King trade stories, sing blues standards as well as their respective hits, and duel it out with their guitars, the protégé riffing off of the master in a meshing of Memphis and Texas blues. Vaughan, toting his trademark Fender Stratocaster, gazes in awe at his idol sitting a few feet away. King, who was left-handed but played his right-handed Gibson Flying V upside down, backward, and without a pick, observes Vaughan like a proud father, a slight smile on his face and giving a nod of approval while Vaughan takes a solo during “Born Under a Bad Sign.”

When first approached about doing the show, King said he didn’t know this “Stevie Ray Vaughan” character everyone was raving about and almost declined, but when he found out that it was “Little Stevie” that he’d jammed with in Texas, he jumped at the chance to play with him again. “I wouldn’t have missed this for nothing in the world,” King said to Vaughan at one point during the set.

After recording In Session, they performed together one last time in 1987 with B.B. King for his “Night of Blistering Blues” in Los Angeles at the Ebony Showcase Theater. Three years later, Vaughan tragically died in a helicopter crash after playing a show in Wisconsin. Two years after Vaughan’s passing, his mentor followed; King died of a heart attack in 1992 in Memphis.

Although gone now, both Big Albert and Little Stevie made some of the best blues music the world has ever known, receiving numerous accolades for their efforts; both were admitted to the Blues Hall of Fame, the Rock and Roll Hall of Fame (both inducted by John Mayer), and nominated for multiple Grammy’s. On Rolling Stone’s list of the 100 Greatest Guitarists, King was ranked at 13, while Vaughan was one spot ahead of him at 12, the apprentice finally overtaking the teacher, but not straying too far.

The story and enduring legacy of Stevie Ray Vaughan and Albert King proves that sometimes you can—and should—meet your heroes. Even though King influenced some of the greatest guitarists in history, from Jimi Hendrix to Eric Clapton to Joe Walsh, it’s clear that he viewed Vaughan as his worthy successor. “If you play too fast or too loud, you cancel yourself out. Once you lose the feeling, you got nothing but a show going on. It’s not deep,” King said. “No doubt about it, Stevie had what it takes.”

Image from In Session

4 comments on “Stevie Ray Vaughan and Albert King “In Session””