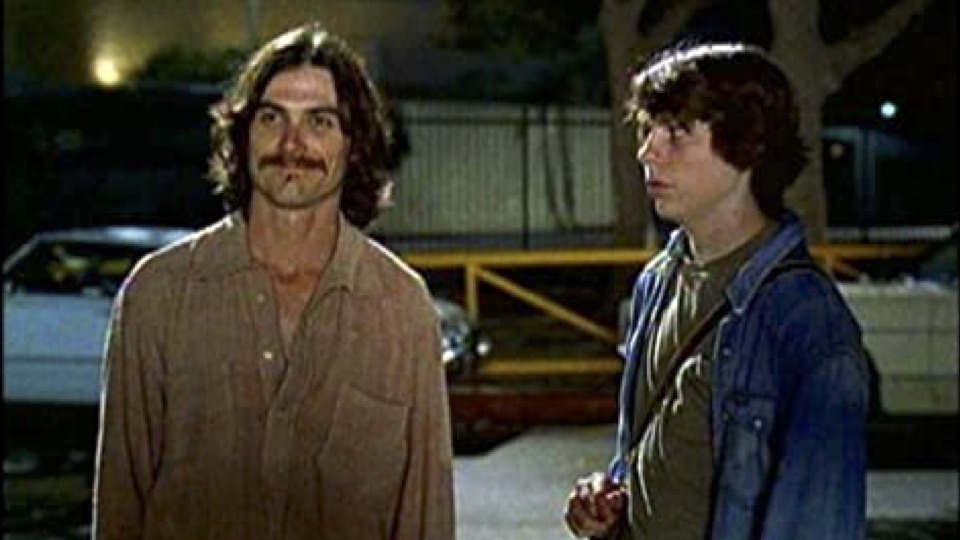 Almost Famous star Kate Hudson remembers turning forty and trying to understand her feelings about it when her therapist interrupted her with a little bit of insight.

“You want to get back on the bus with Stillwater.”

Hudson says it was a breakthrough moment. “I was like, “Yes!” she says. “I want to go back on the bus!”

Related: “Stay Like A Rock Star at These Iconic L.A. Hotels”

Hudson isn’t the only one. Even 20 years later, many of us still want to get back on the bus with Stillwater, the ’70s band at the heart of Cameron Crowe’s semi-autobiographical film celebrating its 20th anniversary this year. Hudson shares her thoughts in Cadence13’s Origins new podcast series, Origins: Almost Famous Turns Twenty. Hosted by James Andrew Miller, the series drops on July 8. The series features inside dish about the making of the film and its legacy and interviews with Hudson, Crowe, and the rest of the stellar cast (with the notable exception of the late Philip Seymour Hoffman who had the minor but pivotal role of legendary rock critic Lester Bangs.)

Almost Famous is Crowe’s love letter to his remarkable life and times as a teenage Rolling Stone reporter — a magical mystery tour that struck a chord with film fans when it was released in September 2000. A real-life rock journalist by the age of 15, Crowe was on the road with Led Zeppelin, The Who, The Eagles, and Lynyrd Skynyrd, to name a few. Stillwater’s lead guitarist (Billy Crudup) is based partly on Crowe’s recollection of Eagles guitarist Glen Frey. The film’s harrowing near-plane crash is also based on a real-life adventure with The Who.

To viewers watching in 2020, Almost Famous is a long-ago fantasy world as strange and distant as The Wizard of Oz. It’s set in those bygone analog days of the early ’70s, when music fans had to listen to radio stations, read music magazines, and then journey to record stores to find and purchase their favorite music. The adventures of rockstars weren’t followed on Twitter, but in pages long record reviews in hard copy music magazines like Creem, Crawdaddy, and Rolling Stone. The film’s hero William Miller, Crowe’s youthful proxy (played with earnest innocence and passion by Patrick Fugit), scores an amazing rock and roll trifecta. First, he meets legendary rock critic Bangs and eventually passes up his high school graduation (who wouldn’t?) to interview Stillwater for a Rolling Stone cover story. All of this comes to him through luck, chutzpah, and a mysterious groupie who calls herself Penny Lane (Hudson, in the role that launched her career) who ushers him into the gritty and glamorous world of rock.

Critics at the time disagreed about what the movie was really about – some, like New York Times critic A.O. Scott stopped just short of calling the film sexist in his review writing,” the plot hinges on the sexual exploitation of female fans, and its turning point involves a drug overdose.'” He adds that Crowe acknowledges that the rock life (and life generally) “can be cruel, self-destructive, and dishonest.” But Almost Famous isn’t about the dark side of rock and roll. It’s about the power of music to draw people to do and say things they never thought they’d ever say or do.

Rolling Stone, the movie’s uncredited co-star, was impressed with the cast of characters from groupies and rock stars to mothers, sisters, and a van full of high school kids from Topeka. “Almost Famous is as densely populated as a Dickens novel,” wrote critic Peter Travers, and there’s not an unfelt performance in it.”

Related: “‘Birthday’: The Beatles Song Done In Under A Day”

In addition to Hudson and Fugit, there’s Frances McDormand as William’s EveryMom. “Don’t Do Drugs!” might be her most memorable line, there are plenty of other great Mom one-liners. However, “I can’t concentrate today. My son has been kidnapped by rockstars,” surely ranks in the top ten. Zooey Deschanel is William’s older sister, who runs off to be an airline stewardess and leaves her vast record in her little brother’s care. Hoffman’s role as William’s mentor and musical guru Lester Bangs is a spot-on performance filled with humor, cynicism, and excellent advice about celebrity journalism that should be played for every student in every journalism class on the planet.

But that’s not all. If you blink, you’ll miss cameo performances from the movie’s technical advisor Peter Frampton as a poker-playing band manager, Jimmy Fallon as a slick manager sent by the record label, Anna Paquin and Bijou Philips as Penny Lane’s fellow travelers. You’ll have to pause the movie to see Marc Maron as the angry promoter chasing Stillwater out of town or The Office star Rainn Wilson as Rolling Stone editor David Felton. Modern Family‘s Eric Stonestreet is also here in a small role as a shell-shocked hotel desk clerk who just spoke to William’s mother on the phone.

The Almost Famous soundtrack is a carefully chosen collection of ’70s rock and roll heroes from Zeppelin and The Who to Rod Stewart, The Allman Brothers, David Bowie, Simon and Garfunkel, and of course Elton John. John’s “Tiny Dancer” singalong is one of Almost Famous’ most touching moments. Cable channel VH1, which was still primarily a music channel in 2000, liked the “Tiny Dancer” scene so much, they took the scene and a bit of dialog and created a music video. “When “Tiny Dance” comes on in the movie, it’s pretty touching,” said VH1 executive Wayne Isaak, “So we broke it out, and we’re playing it a lot.”

That memorable scene ends with an anxious William exclaiming, “I have to go home!” But Penny Lane shushes him and whispers, “You are home.” To paraphrase The Knack just a little bit, that’s a line all the music fans understand.

Almost Famous is streaming on Showtime and Showtime Go and is available to rent from Amazon Prime Video. Cadence13’s podcast series, Origins: Almost Famous Turns Twenty. Hosted by James Andrew Miller, drops on July 8 wherever you get your podcasts.

0 comments on “Back on the Bus with Stillwater: “Almost Famous” at 20”